Best of London 2013: Top arts, events and entertainment highlights in the capital this year

2012 is a tough act to follow – how could London hope to match the grandstanding, showboating year of the Jubilee and the Olympics?

By getting bigger, better and more flamboyant, that’s how. Over the next few pages, we’ll preview the hottest trends and events to chisel on to your to-do list in 2013.

And first up is a London subculture set to make itself heard in the next 12 months, picking up where the capital’s showmanship of the past year left off.

Cabaret – mixing burlesque, comedy, song, dance and plenty of sauce – is a growing scene in London, and finally seems to be shaking off the cheesy rep that the word suggests.

“Cabaret is interactive and deals in spontaneity and that’s really exciting for an audience,” says Paul Martin, creator and producer of this year’s London Cabaret Awards.

“More and more bars and restaurants are looking to give customers reasons to stay out longer and so little stages and pianos are popping up in venues all over the capital.” 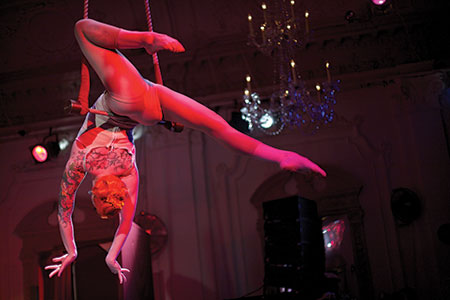 London Burlesque Festival organiser and neo-burlesque pioneer, Chaz Royal, agrees the eclectic art form is emerging from the wilderness again: “Burlesque has come in and out of the mainstream for 150 years.

“People enjoy the novelty and sheer glamour with some old-fashioned saucy entertainment. And every year we raise the bar.”

The seventh annual Burlesque Festival extends from a week last year to 10 days this May, with a packed schedule of acts from around the world – such as London cult hula hoop artiste Anna the Hulagan – who push the boundaries of striptease and variety.

It also has a couple of ultra-special guests in the shape of American Catherine D’Lish, one of the most influential stripping entertainers of the past 20 years, and sideshow legend and shock-star Jim Rose (of Jim Rose Circus infamy) as a special guest host.

Before that, however, the London Cabaret Awards gets things underway next month, honouring the finest and most eye-catching performers. 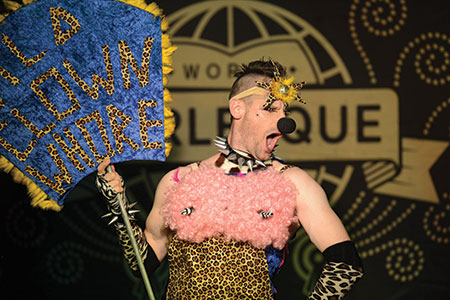 But Martin is coy on revealing who he thinks is in line for the top prizes. “I have to keep a very strict distance from any voting, and we have a different judging panel every year,” he says.

“Two awards are also voted for by the public, and we have introduced a new category this year to reflect the growing trend for musical comedy cabaret.

“It’s timely given the opening of new venues such as The Crazy Coqs, St James Theatre and Matcham Room.”

Soho’s Floridita hosts one of many new nights bringing burlesque to the London masses, with its monthly Shaken And Stirred.

This January it has something special in store with the Moulin Rouge-inspired Spectacular Spectacular featuring superstars The Folly Mixtures.

And be assured, London has plenty more up its sleeve.

From Olympic legacy events showing that London 2012’s passion lives on, to comedians, music, food, festivals and above all, fun, 2013 is where it’s at.

Top of the flops