Boston Marathon bombing: ‘One suspect dead’ another on the run in Watertown after police officer killed in MIT shootout

A police officer has been shot dead on the campus of the Massachusetts Institute of Technology (MIT) in Boston, followed by a police chase and shootout involving another suspect involved in the bombing earlier this week reports The Guardian.

One suspect has been killed and another is still at loose. He is currently thought to be inside a 20-block perimeter, surrounded by police, and is said to be armed and dangerous. Local residents have been advised to stay indoors and stay away from windows.

Last nights events began with the armed robbery of a 7-11, followed by heavy gunfire within the campus of MIT, around Vassar Street and Main Street. An officer was shot multiple times and later died in hospital.

Minutes after the police officer was shot, a black Mercedes was car-jacked and the police operation honed in on Watertown, a suburb about eight miles to the west of central Boston. During the pursuit, several explosive devices were thrown from the car towards officers, before one of two suspects was captured. Local TV cameras filmed a man dressed in black running slacks lying in the middle of the street, his arms splayed out, surrounded by armed police. 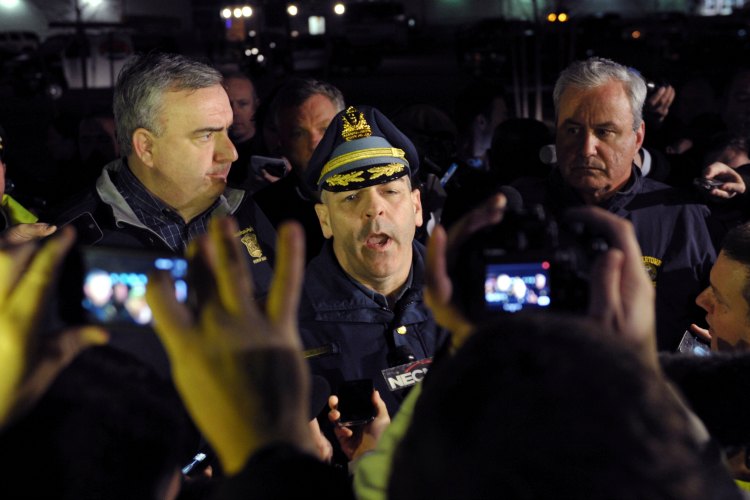 “We believe this to be a terrorist. We believe this to be a man who has come here to kill people. We need to get him in custody.There have been two police officers, one killed, one badly injured tonight … This is a terrible tragedy. We don’t want to increase it. We want to be very careful of what we do here.”