Bring on the bullshit: The Premier League close season is fantastic sporting entertainment in its own right

It’s also, let’s be honest, just as exciting as when the football is actually on.

Neymar to Man City; The Special One’s return to the Bridge; Ronaldo back in a Manchester United shirt – the stories doing the rounds are fascinating and make the 2013-14 season already look like it is going to be the best there’s ever been.

The lure of where the next campaign could start, let alone end, proves an addictive tonic for the mid-season lull of actual pitch time.

Football is, as is often said, a soap opera for blokes. Who said what to whom; who raised their arms above their shoulders yet wasn’t seen by the ref; who deserved a red but escaped without even a booking. As clichéd as this sounds – there are plenty of blokes who are partial to a bit of Corrie – the inference that gossip and unsubstantiated chat are great fun is all too true.

As well as the above-mentioned transfer rumours, there are numerous managerial spots to be filled, many more that look like they will be changing, and moves to be negotiated – Gareth Bale to Real Madrid? – all of which gives ample ammunition to the gossip gunners to take aim with.

The next 12 weeks could be the most transformative the Premier League’s seen ina long time – the dawn of a new era it is indeed, with last season’s top three clubs, United, City and Chelsea, all seeing fresh faces at the helm come August 17. But who else will be moving?

Both Stoke and Everton are looking for new managers, most likely Euro-bound Championship club Wigan, too. And how long will it be before rumours start of Arsenal’s uncharacteristic big-spend raid for Lionel Messi? It sounds preposterous bullshit, but stranger things have happened – it’s time to enjoy the rumour mill as it churns.

Agree or disagree? Is transfer time a guilty pleasure? letters@tntmagazine.com 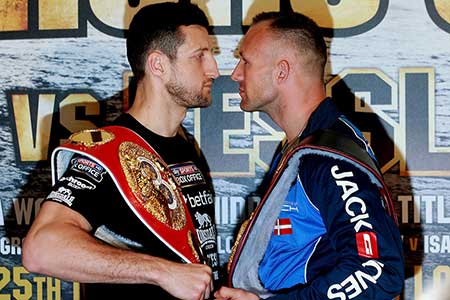 Last week, British boxer Carl Froch said he planned “to kill” opponent Mikkel Kessler in the ring during their bout last Saturday, and everyone got their knickers royally in a twist.

By the time you read this, the fight will have happened so you’ll know whether the Nottingham-born pugilist kept to his word – unlikely, we know. But the fact his comments caused such consternation among the boxing community in the first place, even placing him at the focus of an inquiry, shows how muddled the sport has become trying to reshape its public image.

It is, after all, a sport in which grown men stand in a ring – that’s actually a rectangle – and punch each other in the face. For money.

A sport where two twats had a fight at a press conference and then found themselves centre stage at Upton Park making a hefty payday as a result. People like boxing because it is corrupt and brutal – stop being such prudes.