Two weeks, the eight top teams in the world, 15 games and a winner who will be the title holder for good – that’s how the ICC Champions Trophy rolls into England and Wales. From June 8, matches will be played at London’s Kia Oval, Cardiff’s SWALEC Stadium (Sophia Gardens) and Birmingham’s Edgbaston ahead of the final on June 23.

Australia won the past two editions in South Africa and India, but South Africa’s depth makes them favourites, despite their fourth ranking in the world. It’s anyone’s.This is how the two pools of four teams shape up. 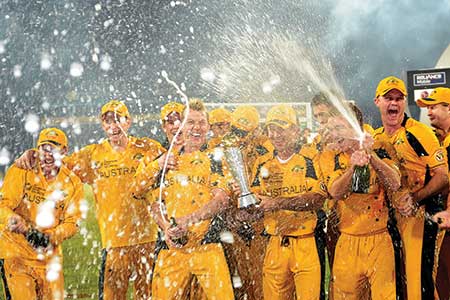 A four-nil Test flogging in India was a bad look, but they’ll be sad to see this tournament go. Call it now if David Warner and Shane Watson fire. If they don’t pull their weight, the pressure will be on skipper Michael Clarke (surely he’ll crack one day), but Phil Hughes and Matt Wade will have plenty to prove after being dumped for the Ashes.

It’s worrying that the most senior speedster is the least reliable, Mitchell Johnson, alongside newbies such as James Faulkner. But with Mr Metronome Clint McKay likely to bowl his 10 overs for nothing, Australia will, as always in big ones, be in the reckoning.

Unbeaten in their last eight ODI series, only India like playing at home more than England. But last time the Trophy was in England in 2004, they snatched defeat from the jaws of victory in the final and lost to the West Indies.

They’ll make the most of the two new balls – one from each end – with Jimmy Anderson (main picture) and co’s knack of finding swing where others don’t. Their top order of Alastair Cook, Ian Bell and Johnathan Trott is miserly and consistent. Well balanced and perfectly suited to tricky early summer Brit wickets. 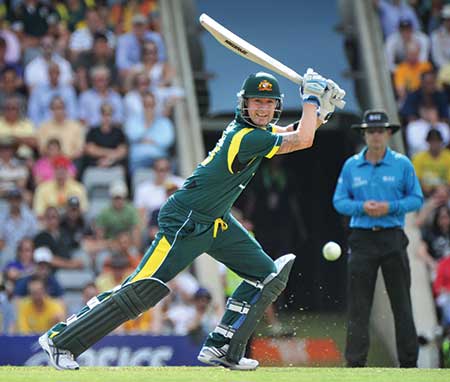 The Black Caps’ ranking belies their talent and they couldn’t have asked for a better preparation – Tests and ODIs against England in England. There couldn’t be a worse pool, though. Aussie (born in NZ) Luke Ronchi is a new face, and bolsters a damaging batting line-up including Brendan McCullum and Ross Taylor.

Kiwi bowlers such as Tim Southee, James Franklin and Trent Boult have a command of the swinging ball, while spinners Daniel Vettori (back after eight months) and Nathan McCullum are master run-rate chokers. 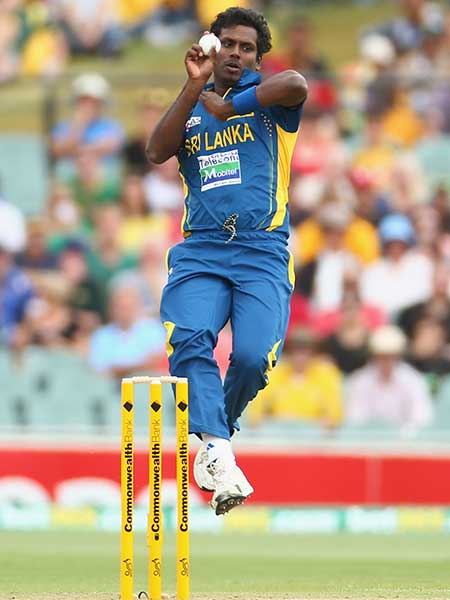 Young captain Angelo Mathews leads a side in which his best players (batsmen Tillakaratne Dilshan, Kumar Sangakkara, and Mahela Jayawardene, and leggie Rangana Herath) are all over 35. Their quality spinners won’t fare so well here, although the return of Chanaka Welegedara is welcome on the seamer-friendly decks. Tied ODI series 2-2 in Oz after getting pumped in the Tests, so not to be discounted totally. 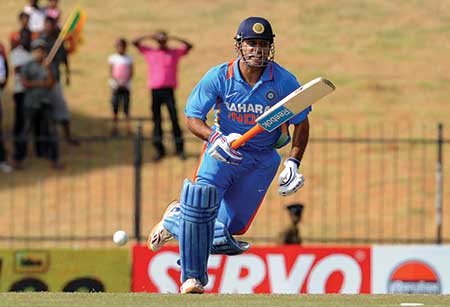 Who isn’t playing makes India strong – Gautam Gambhir, Yuvraj Singh, Virender Sehwag and Harbhajan Singh are all dropped. This leaves a big job for Virat Kohli, Suresh Raina and Rohit Sharma, led by MS Dhoni who won’t get to tell the curators how to prep the pitch. They’re number one courtesy of home form, but spinners won’t prosper here. 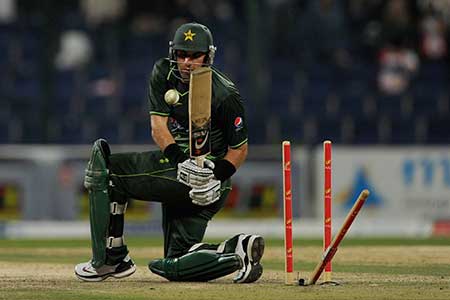 ODI legend Shahid Afridi can’t get into this side, so Pakistan must be feeling OK, or rebuilding. They prepare with series in Scotland and Ireland, so will be used to the conditions. A lot will rest on Captain Misbah-ul-Haq, who’ll be 39 and leading a young side capable of an upset, but not consistent. If a spinner does damage, it’ll be Saeed Ajmal and his doora. 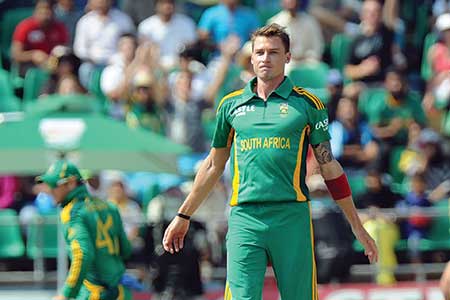 The tournament favourites’ most experienced players are out, with Jacques Kallis making himself unavailable (at time of print anyway) and captain Graeme Smith injured. A big weight falls on AB de Villiers, a batsman turned keeper who takes over as skipper. JP Duminy is back in the fold after snapping his achilles in Oz last year, and their pace bowlers – with Dale Steyn and Morne Morkel – are the world’s best.

Dwayne Bravo takes the reins from Darren Sammy (whose still the Twenty20 and Test skipper) of this under-performing yet unpredictable side. On any day, the Windies can tear an attack apart with batting strength from Chris Gayle, Keiron Pollard and Bravo, but they can as easily collapse. Many of this side know how to win on big occasions though – they’re the T20 World Cup champions and you can’t argue with that. 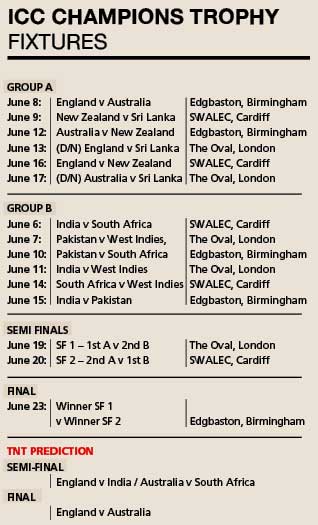