I’m also soaked through and surrounded by thick fog, while the wind and rain are acting like I’ve said something unsophisticated about their mothers.

I’d love to say it shouldn’t be like this. But this is exactly what the Way has a reputation for.

The trail follows the backbone of England, from Edale in the rugged Peak District through the glorious Yorkshire Dales and along Hadrian’s Wall, to the criminally underrated Cheviots and the village of Kirk Yetholm, Scotland.

More than 60 per cent of it is in national parks and the route includes England’s highest above-ground waterfall and, perhaps more notably, the highest pub – plus High Cup, which for me offers simply the greatest view in England (more on that later).

The Pennine Way is 238 miles (431km) of the remotest, wildest and best upland walking in England. It also, as I’m reluctantly verifying, has a reputation for foul weather.

On the first day of my 16-day hike, I cross bleakly beautiful gritstone plateaus and melancholy moorlands. 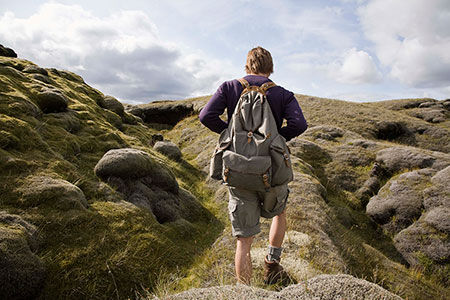 At Malham, on the edge of the Dales, limestone splendour is everywhere.

There are natural pavements of glacier-carved rock and giant semi-amphitheatres, such as Malham Cove, which was featured in Harry Potter And The Deathly Hallows Part 1.

Apocalyptic clefts, such as Gordale Scar, look as though they were created by Norse gods who’ve just discovered their wife’s cheating on them. Epic stuff.

I follow old packhorse routes through yellow wind-tickled dales to Hawes – traditional, friendly and where the Wensleydale cheese of Wallace & Gromit fame is made.

Indeed, the Way lands me at a village most nights, usually places I’ve never heard of but don’t want to leave. In fact, you could almost use the Way as a tour of northern England’s cosy pubs and welcoming cafés. 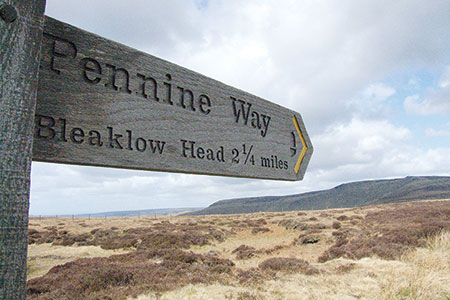 After Hardraw Force – the crashing waterfall where Kevin Costner got his moobs out in Prince Of Thieves – it’s over the whaleback behemoth of Great Shunner Fell, where it really does feel like you’re striding atop the backbone of England.

That night, after hours of lonely bog-trotting, I arrive at the highest and surely loneliest pub in the country, Tan Hill Inn.

It’s hard to imagine a more welcome sight, and I spend the night here by the log fire catching up with fellow hikers, trading tips and comparing blisters.

The next day I’m treated to the best bit of the whole walk – the floor drops away in front of me to reveal a compelling yet terrifying chasm.

This is High Cup, a horseshoe valley gouged out by a glacier, as though the latter were a giant ice-cream scoop.

The apocalyptic cleft is horrifying and wondrous and I can’t take my eyes off it. It must be the most spectacular view in England. 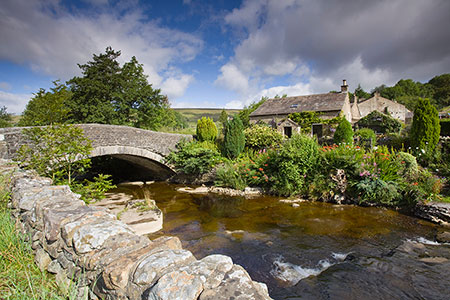 In good weather Cross Fell must also be striking, but I’m not gifted with that and it’s up here that I get an old-fashioned soaking. And slightly lost.

But I soon meet another wayfarer, who I team up with to find the path.On most walks, the World Heritage-listed Hadrian’s Wall would be the highlight and I march along it for eight memorable miles.

But the last two days, in the Cheviot Hills, are the best of the lot.

Giant, cartoon hills of grass-covered volcanic rock, with hardly a soul about. Bliss.

I reflect that despite the Pennine Way’s notoriety I only had a soaking twice in 16 days, and I only got lost for a few minutes. I had blisters. And the squelching noise of the bogs is still in my ears.

But it’s a small price to pay. To walk the Way is to understand that despite Britain’s pandemic of cars and tarmac, you can still find wild, remote and plain beautiful places on this island that offer a giddy sense of liberation.

And that’s a very fine thing. 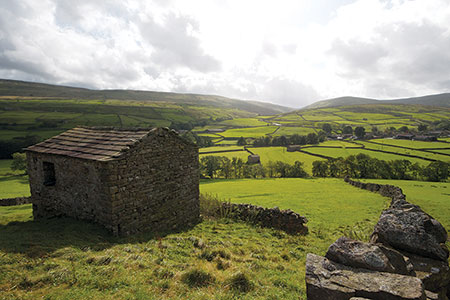 The Old Nags Head is the semi-official starting point of the Way. Stuff yer face – you’ll need extra padding on the windy moors. Two courses of pub grub for £10.

England’s highest pub, Tan Hill Inn is in the middle of bleedin’ nowhere. Pints from £3.

The Border Hotel, Kirk Yetholm, is the traditional end point where you can get a certificate.

Better still, you’re entitled to a free half-pint if you walked it in one go. How do they know claimants are genuine? “Oh, you can tell,” said the barman. Pints from around £3.

Dufton YHA is the finest hostel on the Way, if not the most inviting and homely in the country. Beds from £19.40pn.

The bothy Greg’s Hut is a Pennine Way institution and a very welcoming sight if you’ve had a wet day on Cross Fell. Free.

Damian Hall is the author of the National Trail Pennine Way guide. nationaltrail.co.uk/pennineway