The average person eats 26 mince pies at Christmas time. ‘I’m not average,’ we hear you say, but don’t kid yourself. Even if you weren’t chowing down on mince pies, chances are you’ve been gorging yourself on festive food with the rest of us. It’s just what you do in December. But not in January. January is the time for cleansing the soul, ridding yourself of Christmas party regrets and shifting those holiday pounds.

Many of us also include ‘meet new people’, ‘try something new’ and ‘look ridiculously hot’ in our new year’s resolutions, so why not combine your goals? Here are our top fitness class suggestions for 2014…

Dodge ball: You can’t go wrong with a game that consists of throwing giant balls at your opponents. You also can’t go wrong with a game where short shorts, an 80s ‘tash and a white headband is the norm. Gomammoth.co.uk run a city-wide dodgeball league with teams based all over London. Seasons last 8-12 weeks and you can sign up as a group or as an individual. They also organise legendary costume weeks, after-parties and beer pong. Sorry, did we say exercise?

Get yourself some serious guns

Military fitness: Nothing says ‘fitness’ like a beefed-up drill sergeant barking commands at you as you buckle at the knee and barf up a lung. But pain is beauty and there’s no better way for getting in shape stat. British Military Fit runs outdoor classes at all the main parks in London (we know it’s cold but stop whining, this isn’t for wimps). Army personnel will give you a run for your money (literally) with a whole body workout that will “improve your speed, agility, strength and stamina”. Basically you’re gonna get big.

Details: £45 a month for four classes, £58 for one month of unlimited classes. Classes meet most days. 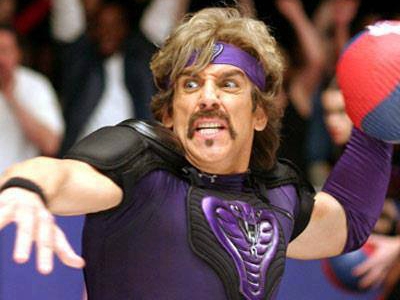 Pole dancing: Pole dancing exercise classes have taken the city by the storm. And with instructors with names like Jenyne Butterfly (US Pole Dance Federation Champion 2010) and Nico Modestine (Mr Pole Fitness UK 2012), what’s not to love? You can burn up to 400 calories an hour and it’s really good for your thighs, bum and tum. You’ll also be learning sexy moves like the “showpony” so if you want to improve your pins, posture (and paunch) roll on up. Warning: prepare for friction burns in delicate places. Ouch.

Details: Laphq.co.uk has beginner, intermediate, and expert classes. Its biggest studio is in Old Street but it also holds workshops at 14 other venues across London. Classes cost £99 for a period of six weeks.

Kangoo jumping: It might sound a little crazy but jumping up and down like a kangaroo supposedly burns twice as many calories as running. Wearing egg-shaped springy shoes known as ‘Kangoos’, you will bounce your way to spring-thin. The cardiovascular workout lasts for 45 minutes and is set to a mixture of Kylie Minogue, Timberlake and funky house. Let’s face it people, have you ever seen a fat kangaroo?

Details: Gymbox has gyms all over central London. For access to classes you must become a member, which costs £58 per month.

Pull on the dance floor

Street dance: Bust a groove this January by joining a fitness dance class. Not only will you get fit, but you can show off your moves come the weekend club night. Gymbox offers Ragga Dancing with the tag, “burn dem calories”. Enough said. If you’re looking for something a bit more specialised on the moves front, you could check out the classes at Pineapple Studios. As well as street dance/hip hop, they’re also hot on tap, yoga and contemporary dance.

Details: Joining Gymbox for £58 a month allows you to take any of its classes. Pineapple Studios costs £2 for the day, or £4 for the evening, and you can take part in any of the classes. A month’s membership at Pineapple is £28. 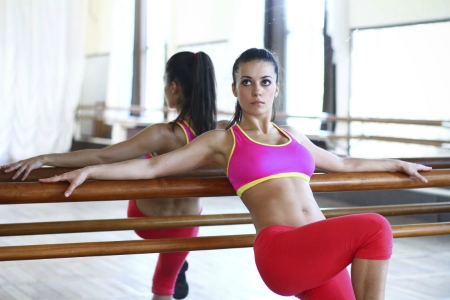