With seven islands to choose from, there’s something for everyone – hike in the mountains, explore quaint hamlets, surf and snorkel, or lounge on the beach.

If you’re seeking sun, you’d probably like a nice stretch of sand to go with it, and the Canaries have playas aplenty. Here’s a rundown of some of the best to help you decide where to lay your towel.

Best for escaping the crowds
If you want the sand to yourself, Gran Canaria’s Güigüí Beach is the place. Reachable by a five-hour hike or by chartering a fishing boat, this black sand beach backed by imposing cliffs has no amenities, but virtually no patrons either.

Best for an all-over tan
Punta de Papagayo boasts golden coves to rival Europe’s finest beaches and while stripping off isn’t obligatory, if you’re a fan of nude sunbathing then Papagayo is a great place to let it all hang out.

Best for watersports
Fuerteventura’s vast and beautiful Sotavento Beach is the top spot for windsurfers, be they pros looking for practice or first-timers wanting lessons. If you crave waves rather than wind, head to Lanzarote’s Caleta de Famara – the self-proclaimed ‘Hawaii of Europe’.

Best for swimming
Las Canteras Beach clings to the edge of the Canaries’ largest city, Las Palmas (Gran Canaria). At low tide a reef holds back the waves, making this the perfect place for swimming, snorkelling or just sunbathing.

Best overall
Sometimes there’s a reason tourists flock to a particular spot. Gran Canaria’s Maspalomas Beach is one of those reasons. Shifting sand dunes provide a striking backdrop to a beach that, while touristy,
is large enough to rarely seem crowded. 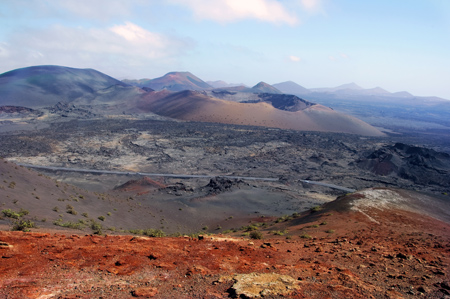 While best-known for beaches, the steep, volcanic landscape on most of the islands makes for superlative hiking country. Most challenging is the trek to the top of Teide, Spain’s highest mountain at 3718m.

After a five-hour uphill slog, spend the night in a mountain hut before summiting at sunrise – just be prepared for bizarre weather changes and don’t be disappointed if the incredible view is obscured by cloud.

If climbing mountains doesn’t appeal, you could delve into Gran Canaria’s 200m-deep Bandama Crater, an extinct volcano. Verdant and until recently inhabited by a lone farmer, the crater is an easy hop from

There are options for those who’d like to avoid gradients altogether, most notably Lanzarote’s informative ramble through the Timanfaya National Park. Guides explain the unique surroundings as you scramble over – and occasionally under – blackened lava fields.

If solidified lava is a little stark, the pine forests of La Palma’s Caldera de Taburiente might appeal. Start atop the gargantuan crater and descend through clouds, stopping to swim in waterfalls en route.

But if you only tackle one volcanic wander, make it La Palma’s uniquely beautiful Ruta de los Volcanes. Starting in the island’s centre, the seven-hour trek takes you past the Canaries’ most recent volcano and many of its peers en route to the coast.

Canarian food is rustic, hearty and shaped by years of hardship, but that’s not to say it isn’t tasty. In fact, it’s a delight, whether you self-cater from farmers’ markets or dine on traditional dishes made with home-grown ingredients. Gran Canaria and Tenerife are the top spots for variety, but the lesser-known islands have lots to offer in the way of local specialities.

Cheese is a theme running through Canarian cuisine, be it the strong goats’ cheese of Fuerteventura, the fabulously flavourful almogrote (a garlicky cheese dip) spread on farm-style bread in La Gomera or El Hierro’s take on quesadillas. These dense sponge cakes made with cheese are altogether easier to swallow with a drink and luckily booze is savoured across the archipelago.

Lanzarote’s wine is considered some of the best, if only for their ingenuity in growing vines in volcanic gravel.

If you’re looking for something stronger, Gran Canaria and La Palma specialise in rum, while Gomerans swear by parra – moonshine – or the slightly less lethal gomeròn – moonshine mixed with honey.

The honey in question comes not from bees but from the sap of palm trees, and is a major feature of La Gomera’s desserts. If you have a sweet tooth, head to La Palma for cakes and cookies heavy on honey, almonds and gofio – this roasted maize flour is central to Canarian cooking. 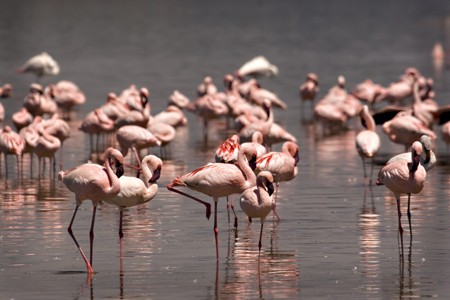 Independent travellers often shun the Canary Islands, dismissing them as a predictable destination for package tourists. But with mass tourism confined to a few coastal pockets, it’s surprisingly easy to wander off the beaten track.

Visiting El Hierro is pretty offbeat anyway, but if you’re seeking serious solitude, head for the south-west with its pine forests, quaint hamlets and wind-blasted trees. While in the area, stop at the Orchilla Lighthouse, Spain’s westernmost point.

If you like superlatives, try the highest point on La Gomera, the Garajonay National Park. Harbouring a laurel forest, waterfalls and vistas of three other islands, it’s great for a not-too-taxing hike. Walking also takes you far from the crowds on the larger islands, particularly Tenerife’s Anaga Natural Park with its misty forests, rural hamlets and deep ravines.

But if you’re talking absolute escapism, visit islets not islands. Isla de Lobos, a dot in the Atlantic off Fuerteventura’s shores, warrants a wander for its barren beauty. For the ultimate in solitary travel, head to La Graciosa, home to 500 smiling souls and not a single paved road. Eat seafood in the sand-strewn town of Caleta del Sebo, lie on beautiful deserted beaches and enjoy a car-free wander around a little piece of paradise.

WHEN TO GO: Anytime. The Canary Islands are sunny all year round.
GETTING THERE: Fly direct from London to Gran Canaria, Tenerife, Lanzarote and Fuerteventura.
GETTING AROUND: Go island hopping by plane or ferry.
VISAS: South Africans will need a Schengen visa.
CURRENCY: Euro. 1 GBP = 1.18 EUR.
LANGUAGE: Spanish.
GOING OUT: A beer costs around €2.
ACCOMMODATION: Dorm beds from €12, private rooms from €15.
GET MORE INFO: spain.info

London in the Summer

Jaws of Death in Thailand