09:00 Do this over breakfast while soaking up the early morning rays in the garden restaurant of charming B&B, Jambo Guesthouse (doubles from £47pn).

10:00  Then it’s only a 10-minute walk to Nelson Mandela Gateway at the V&A Waterfront, where you can catch a ferry to a three-and-a-half-hour tour of Robben Island Museum (tickets £16.60).

This fascinating journey includes a visit to the prison where Nelson Mandela spent 18 of his 27 years in jail.

You could meet an ex-political prisoner on the tour or even see penguins during the 45-minute bus circuit of the island. 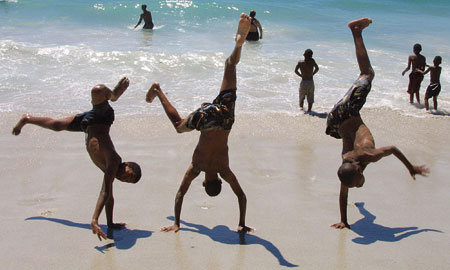 15:30  Step next door to the adjoining Two Oceans Aquarium (entry £8) to get a sinister grin from the ragged-tooth sharks and check out the other marine life. If you’re really brave you can scuba dive with the great whites in their tank, without a cage (£45).

19:00  As there are plenty of decent restaurants here, stick around the Waterfront for an alfresco dinner at Tasca de Belem (mains from £7). Looking out over the harbour, you can chow down on steak and Portuguese-style kebabs, as you watch all the crowd milling around the water’s edge.

21:30  Now it’s time to see how these Saffas party – throw some shapes at Mercury (entry from £1.50), where you’ll find DJs and live music most nights. Check out the downstairs lounge for Capetonian musicians. 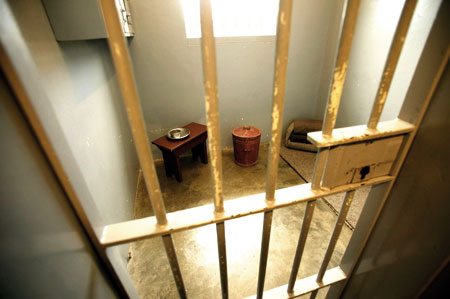 09:30  From here, wander a few blocks to the cobblestoned Green Market Square to pick up some African curios and other cool stuff you don’t need.

10:30 Also nearby is Cape Town’s oldest building, the Castle of Good Hope (entry £2), a star-shaped fortress built by the Dutch East India Company between 1666 and 1679. It gives a glimpse into South Africa’s colonial past and has an eerie torture chamber.

11:30  Delve into more recent history at the Apartheid era’s District Six, which was a lively multiracial community until the Seventies, when the Afrikaans government evicted 60,000 residents and bulldozed their houses.

Now the history of the area and its people are remembered in the District Six Museum (entry £2.20, tours £3.60). Ex-residents also offer guided tours of the area. 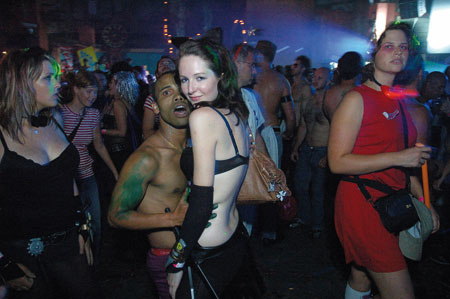 12:30 It’s the moment many people come to Cape Town for – visiting one of the new seven wonders of the world, Table Mountain.

Catch a taxi or hire a car and drive to the Table Mountain Aerial Cableway (£14.60 return) station.

On the way there, it’s well worth swinging by Llandudno Beach, a picturesque stretch of sand beneath the mountain. If you can resist a dip, you’re stronger willed than us.

Once at the cableway, you can take the two-hour hike to the summit or the easy option and ride the cable car. Either way, you’ll need to wrap up warm, as the temperature at the top is around 5˚C colder than ground level.

Once you’re up, take the 30-minute Agama Walk, which will give you staggering 360-degree views of Cape Town and the Cape Peninsula. 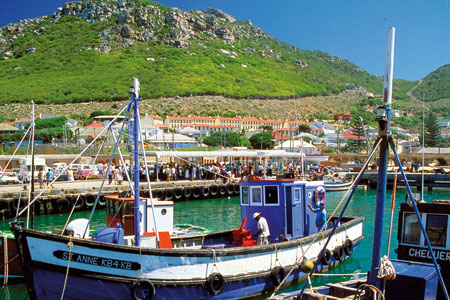 16:00 A visit to Cape Town wouldn’t be complete without a vineyards tour, so take the 30-minute drive from here to the Constantia Valley, the oldest wine-growing area in South Africa which has a diverse range of wineries in one pocket.

There are 10 farms here and you can stop in for tastings at as many as you like. Groot Constantia has some award-winning tipples, such as their 2011 Chardonnay.

Fly from London to Cape Town direct with British Airways from £751.

You’re having a Lent: Russians prepare for festival with pancakes

A very uncommon passenger on the London Underground :-)