I’m standing on a mile of pristine, deserted beach. Bamburgh Castle broodily overlooks the shore, hills fringe the horizon and I wonder why on earth a place as ruggedly beautiful as Northumberland is the most sparsely populated county in England.

Then a vicious wind starts to blow. Ten minutes later, I’m sandblasted from the beach. Ah, so that’s why few brave these parts, I think.

With only 63 people per square kilometre, this county is the nearest you’ll get to true wilderness south of Scotland.

A typical day can bring weather that should belong to all four seasons – be prepared for sunshine, Ice Age chills, or sea fog so thick you can’t see the hand in front of your face.

It’s no wonder the Romans decided enough was enough when they reached Northumberland at the turn of the millennium and, by building the defensive Hadrian’s Wall here, turned the county into borderland.

I’m here to find out more about the history of this spectacular place, and there’s no better way to do that than digging it up. 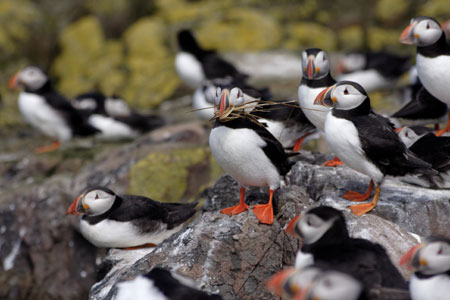 So I’ve signed on to do just that with the Bamburgh Research Project. The BRP is an ongoing archaeological project, open to volunteers, excavating in and around Bamburgh Castle in the hopes of learning more about medieval Northumbria.

The castle squats on a huge great hunk of dolerite, an outcrop of the Great Whin Sill – a particularly scenic natural feature of the North Pennines – that formed 295 million years ago when magma squeezed between two layers of softer rock and set hard.

Since then, the soft rock has been eroding away, and outcrops of the Great Whin Sill form some of the key landscape of the north, including the High Force waterfall in Durham and the Farne Islands, which lie just a couple of miles out from Bamburgh.

Accessible by boat from quaint fishing village Seahouses, a trip here gives you a glimpse of a clucking, hissing cornucopia of life as the islands are home to puffins, guillemots, more than 20 other species of birds and grey seals.

In the grounds of the castle, Paul Gething, co-founder and co-director of the BRP, sits back on his haunches and explains to the volunteers what we need to look – and listen – for as we excavate. 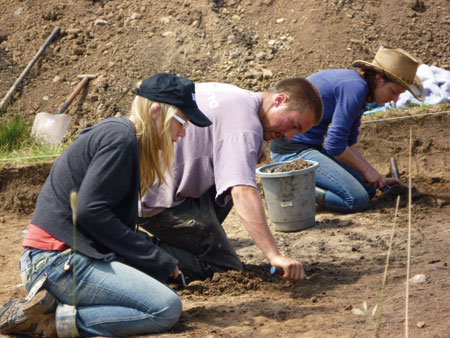 “You can tell by the sound your trowel makes what you’re digging through. Grit is hard and clacking, sand is abrasive and scraping, clay produces a smooth hiss,” he says.

Among the amateur archaeologists are students gaining credits for archaeology degrees, a 70-year-old inspired by Time Team and those spurred on by what Paul dramaticaly calls “the raw power of the past”.

Most of the volunteers spend the week roughing it with the archaeologists at a nearby campsite.

They judder in to the castle each morning in a bumpy Land Rover before spending the day digging with increasingly finely graded implements, sifting excavated materials through flotation tanks, and tagging and bagging the day’s finds: pottery, Northumbrian coins, and even exquisite pieces of gold jewellery.

My own finds are Iess pretty – I end up gingerly wielding a toothbrush to scrape sand from human bones in a rediscovered graveyard. 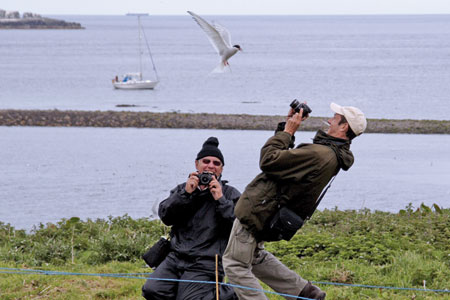 After my week of archaeological teamwork, I’m craving more solitude, so I head inland to the lee of the Cheviot Hills, a range straddling the England-Scotland border, in Ad Gefrin.

Looming over Ad Gefrin, the conical hill of Yeavering Bell is a reminder of the great powers of the past. During the Iron Age, a fort was built on top of this hill by what would have been one of the greatest chieftains in the land.

Its tumbledown stone ramparts still crown the summit, but now even the chieftain’s name is lost and his people long gone.

As I stand on the summit, I rub my aching legs and think that our ancestors must have had thighs like bloody tree trunks. I also realise I haven’t seen another human being all day. But that’s Northumberland: England’s last wilderness.

Take the train from London King’s Cross to Chathill from £107 return.  nationalrail.co.uk

Join the BRP from £171 per week bamburghresearchproject.co.uk  Northumbria: The Lost Kingdom, coauthored by Edoardo Albert, is out now thehistorypress.co.uk 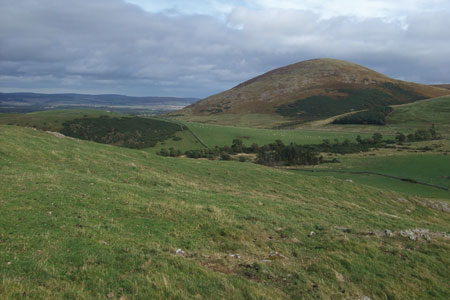 Eat: Visit the best fish and chip shop in the region. Neptune Restaurant does a mean cod and chips, with a pot of tea and bread and butter for just £7.95. Can’t argue with that.

The Copper Kettle Tearooms in Bamburgh cooks its home-prepared food, such as seafood platters and ploughman’s lunches, fresh each day. Mains from £4.95.

Drink: A good pint can be had at the Castle Inn in Bamburgh, where the scenic  backdrop is hard to beat. Pints from £3.  `

Local pubs can be insular, but the Victoria Hotel is friendly and has free wifi. Pints from £3.40.

Up the coast from Bamburgh, Pot-A-Doodle Do Wigwam Village provides accommodation in wooden wigwams or yurts. From £15pppn.

The living quarters at St Cuthbert’s House, a renovated 200-year-old chapel, are considerably more luxurious. Their locally sourced breakfasts are wonderful. From £90pn for a double room.

The call of the Sea