“The internal structure of the music industry has changed dramatically over the last 10 years,” observes Helen Gammons, director of Henley Business School’s music industry programme. “For one, the industry has shrunk so much, meaning those players that remain have less time for artist development. The market place also moves much faster.”

The result is that the industry is in flux. Record labels are no longer the only bastions of music production, and traditional roles, like A&R (meaning artists and repertoire) are in increasingly short supply. According to Gammons, that is no reason to lose heart.

“The beauty of the industry is that there are so many ways to cut the cake, if you’d like,” she says. “If today’s entrants have a broad vision, and understand the tools that are in front of them, there are many more opportunities available. Every film and computer game needs music. There are so many outlets that you don’t have to go via a record label to get in.”

Also, the old jobs have been absorbed into new ones, so someone wanting to discover new talent would do better setting up in PR (public relations). That’s how Billy Burrell, who represents artists at Impressive PR, got into the business.

“We pride ourselves on breaking new talent. I actually spearheaded that section at my old company,” Burrell says.  “I know people who do A&R for major labels, and it’s quite a difficult job to get into full-time. More and more, radio pluggers, online PRs and social media people are doing A&R as well.” 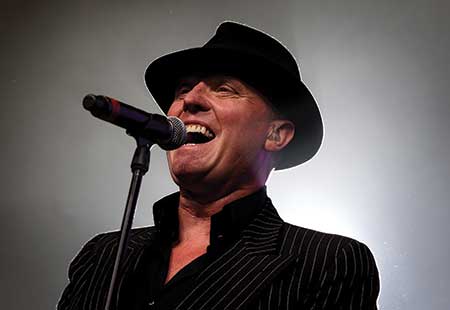 Martyn Ware: from performer to producer

Get your foot in

According to Martyn Ware, founding member of bands The Human League and Heaven 17 as well as a music producer, the main requirement to breaking into music is passion.

“It’s very hard work,” he says. “It’s not always glamorous, and a lot of the time, it’s just a grind. You have to do it because you love doing it, and have to view that as being your payment, because at the start, you’re going to struggle to make money.”

Pinpointing a salary for any position in the industry is difficult. Those starting out will very likely earn zilch, as the best break could easily come in the form of an unpaid internship. A junior PR might earn in the area of £18,000 annually. A lot of jobs also come with a commission on new talent signed. Rise up in the industry and Burrell says the earning potential is “limitless”.

Ware notes that a diversified skill set is the best bet for landing a job.“Nowadays, it’s such a competitive field that you almost have to be a multiple threat,” he says. “So learn programming, music theory, and listen to every kind of music, not just, say, dubstep, or whatever you’re into, but everything.” 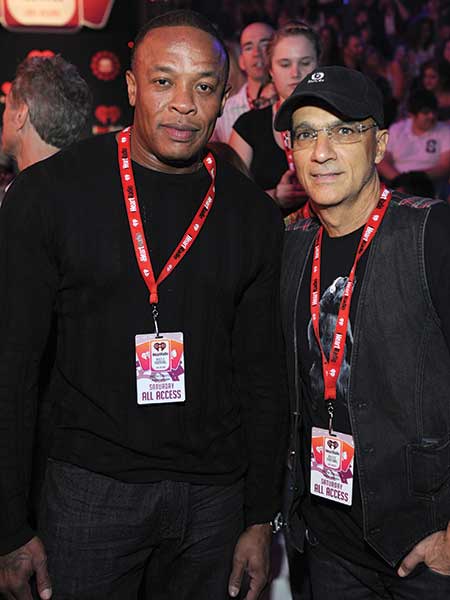 Super-producers: are you the next Dr Dre or Jimmy Iovine?

Networking is also key. “If you’re musical, get out there,” Ware insists. “Play in a band, and you might meet people who are interested in your programming abilities. It’s not like the old days where there’s a traditional job path. It’s not working for a bank. There’s no traditional ladder you can work your way up. Those days are long gone. You have to be adaptive, creative and sociable.”

Burrell notes that going to gigs, big and small, is still a valuable way to meet industry professionals and potential colleagues, and practice talent scouting as well. 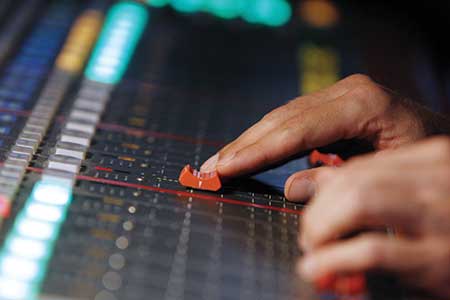 Long hours are par for the course. Burrell reckons he works past 10pm most nights, and many weekends. He also attends two to three gigs a week, searching out new talent and keeping an eye on his current clients.

“I worked 55 hours this week, “ he says. “I love what I do, so it doesn’t always feel like work, but it essentially is, and I never fully get to relax.”

Martyn Ware recommends Camden’s Roundhouse as a place to grow your skillset and network with industry experts. The creative group has affordable drop-in sessions (£2) and workshops (from £20) for under 25s. Participants can learn how to run a radio studio, learn music software or train as a voice coach.

Mainly, though, Ware notes it’s a good spot for hobnobbing. “They have a lot of artists who come through, and they encourage them to pass on their knowledge. You never know who you’ll bump into or what contact you’ll make.”