What you might have missed, though, is the amount of Australian musicians who’ll be hanging out in the UK this summer. Contrary to popula rbelief, Australian music stretches far beyond the realms of Kylie Minogue and John Farnham these days – the talent coming out of Down Under recently is insane.

We’re already seeing sold-out shows from the likes of The Cat Empire, Tame Impala and The Temper Trap. There are plenty more where they came from too, and luckily enough, lots of them doing gigs in and around London over the coming months.

Whether at festivals or headline shows, we’ve compiled a list of the best bands and solo artists who are making the trek to the UK to get you dancing like a crazy person, or at least nodding your head to the beat. Plus, if you catch the up-and-comers now, you can brag about seeing them first once they’re all global superstars.Brucy bonus.

Look up Australian indie-folk and you’ll be greeted with this brother sister duo. Best known for their hit ‘Big Jet Plane’, they’re about to release a Rick Rubin-produced album that’s going to be HUGE. Super chilled and a gorgeous live act.

Though their music almost transcends genres, The Cat Empire are one of Australia’s best jazz/skabands, and they’re one of the most fun, vibrant and dynamic live acts ever. A must see.

Probably best known as a regular support for Passenger, Aussie Stu Larsen is a nomadic guitar genius guaranteed to swoon you into oblivion with his voice.

Not in London but well worth the journey, you’ve probably heard of Tame Impala as the ‘pet band’ of Arctic Monkeys, who just love these guys – and for good reason. Having supported the Monkeys on shows around the world, the Perth psychedelic rockers are now doing their own tour.

HILLTOP HOODS (WITH SUPPORT FROM ILLY)

Two of the biggest Aussie hip hop acts around; both incredibly unique acts with a real gift for lyrics and creative narratives. Plus, they guarantee a non-stop, high-energy live show.

You’ve undoubtedly heard of Gotye, right? Well, the mastermind behind 2011’s mega hit ‘Somebody That I Used To Know’ has a band, too – he’s the drummer and they make pop rock every bit as catchy as Gotye’s solo work. Expect big things!

Fancy something a bit more hardcore? Melbourne outfit Deez Nuts do a fascinating mix between hardcore and metal-rap. Having recently held support slots for huge Australian and international hardcore acts, these up-and-comers are a group to watch. 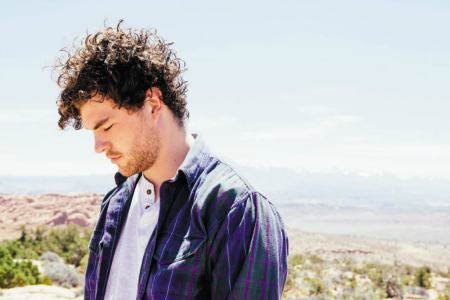 Brisbane thrash-pop duo DZ Deathrays have been causing huge waves recently; having just released their second album Black Rat, the boys are on top form and doing a marathon run of 18 shows around the UK – then supporting Band of Skulls on their UK tour. Talk abouta busy summer!

This girl is an underrated gem. Having recently released her fourth album O Vertigo, the quirky songstress has one of the most unique but enchanting voices ever, and live sets are rarely anything but flawless. She’s finally heading off on a four-date UK tour to wow Northern hemisphere audiences.

Does this girl even need an introduction? Arguably Australia’s biggest export this year, the girl behind the song ‘Fancy’ has apparently conquered the world in a matter of weeks.

Undoubtedly the new heroes of dance-pop in Australia, Sydney trio RÜFÜS shot to fame last year with their incredible debut album. Before hibernating to write a follow-up, they’re heading off to play a huge run of shows and festivals. Their sets are electric, feelgood,and theatrical without being alienating; we promise you’ll have the night of your life with these guys. True superstars. 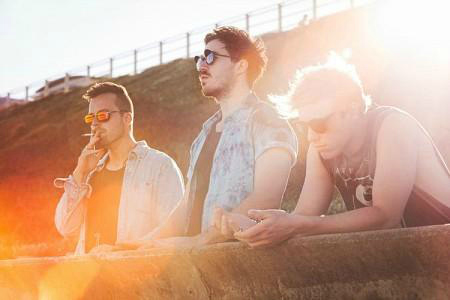 If you haven’t heard Vance Joy’s summer anthem ‘Riptide’ yet, have you been living under a rock? Melbourne boy Vance (real name James) has produced an EP to prove he’s not a one-hit wonder, and we’re hearing talks of an album soon too. Plus he has a charming grin and a ukulele – what more could you want?

Annie Clark – or St Vincent as she’s known – has had a huge year so far. Releasing a self-titled album to rapturous critical acclaim, performing alongside Lorde and Joan Jett at the Nirvana tribute event, and now a tour that will see her jetting across the UK, US and Europe all summer. She’s quirky, gorgeous and supremely talented – especially live.

One of Australia’s best-loved folk rock bands and easily up there with the top live acts, Boy & Bear are the whole package. On stage they are brilliantly witty, with lyrical perfection and a sound as tight as their recordings. Be warned; their slow songs are tear-jerkers!