Cheryl Cole is so angry about being ditched from the US X Factor, she’s refusing to take back her old job as a judge on the UK version, according to reports.

Despite ITV bosses apparently pleading with her to return to the British X Factor, Cheryl is reportedly so furious about her treatment by the American team, she’s considering calling a day on her involvement with the show altogether.

Cole is said to be devastated and humiliated after being fired from the US X factor, apparently because viewers couldn’t understand her Geordie accent.

The Girls Aloud singer is angry at the way she was treated by bosses in the US and has apparently fallen out with her old ally Simon Cowell, despite the fact that he is now eager for her to return to the UK judging panel. 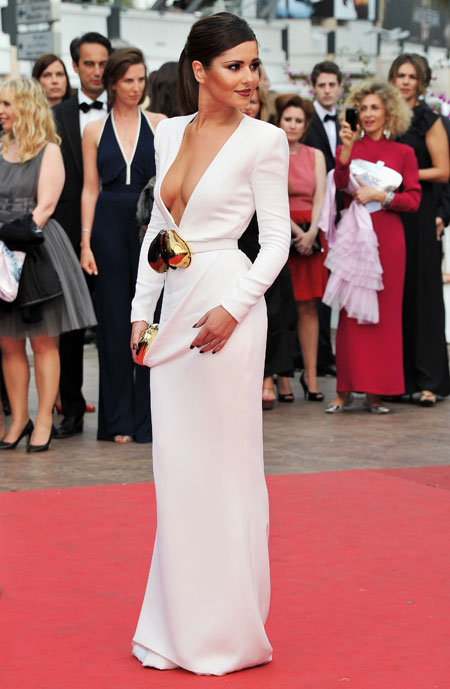 Cole is thought to have returned to the UK on Tuesday – the day bosses told her she was being axed from the show – where she has gone into hiding.

If Cheryl is to return to her old job on the UK X Factor, she’ll need to make her mind up pronto as auditions start next week.

The judging line-up for the British X Factor still hasn’t been announced – although it’s expected to include Louis Walsh Gary Barlow, Kelly Rowland and Tulisa from N-Dubz – so there’s still an opportunity for Cheryl to pick up where she left off.

An ITV source said that negotiations to get Cheryl back on the show were underway and that the channel was keen to sign her up again. 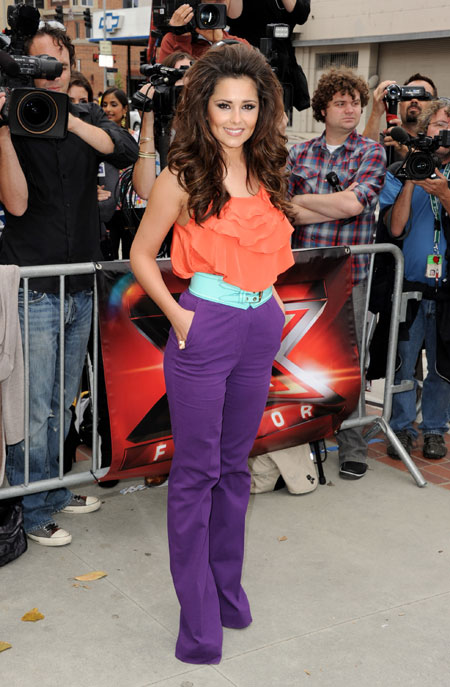 Cheryl Cole arrives at the first round of auditions for the US X Factor in LA. Is this outfit where it all started to go wrong?

“Of course we would be glad to have her back. She is Cheryl Cole,” an ITV source revealed.

“Would the British audience welcome her back? I believe they would. There would be a sense of this is where you belong.

“But let’s be honest. She will have to decide very quickly. We are doing auditions next week.”

The big question is now whether Cheryl can get over the humiliation of being dumped from the show.

Despite stories emerging yesterday that Cole left because she was homesick for the UK, it is widely believed that the real reason was that viewers could not understand her accent.

At the LA auditions Cheryl had constantly to repeat herself as both acts and the audience failed to understand her.

Things did not improve in Chicago where Cheryl’s voice became quieter and quieter as she lost her confidence. According to one audience member, Cole eventually became tearful after being told to speak more loudly and clearly.

Another rumour is that Cole did not get on with fellow judge Paula Abdul and that the two were engaged in bitter rivalry for Cowell’s attention.

Both the X Factor and Cole’s spokespeople are still refusing to comment, but a friend of the star’s told The Sun:

“Cheryl is furious. This is another slap in the face. She moved to America in full public glare – and now she’s being asked to come back to do the UK again.

“She feels hurt and let down.”