Christmas breaks at home and abroad

Here at TNT, we don’t believe that December 25 means you have to be a prisoner in your own home. So the shops all shut and the Hollyoaks Christmas Special is on – big deal! Keep the tinsel and the turkey if you must, but why not use the holiday to, you know, have a holiday?

Below are our top tips for Christmas breaks abroad and – if you’re on a tight budget after all that Crimbo shopping – in the UK. We’ve even sought out the very best anti-Xmas holidays for those after some true escapism. Note that prices for flights reflect the time of year (dates Dec 22nd – Dec 29th). Happy holidays!

Have yourself a …  Far-flung Xmas

WHY Ethiopia is home to Christian ceremonies that are thousands of years old, so it’s no surprise Christmas Day is a public holiday in the east-African country – although Ethiopia’s Christmas Day falls on January 7. There are several border crossings you should seriously avoid in Ethiopia, but stay safe and the abundant trekking, history and wildlife will doubtless win you over.
GET THERE Fly from London Heathrow to Addis Ababa from £569 return 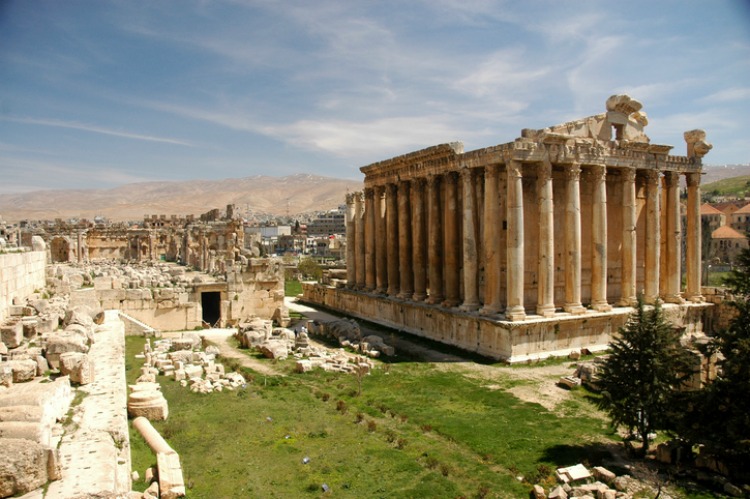 WHY The amiable religious diversity of Beirut is one of the most appealing facets of this ‘Paris of the Middle East’ – hearing the church bells ring out a beat after the call to prayer always raises an appreciative smile. Christmas is celebrated by a reported two thirds of Lebanese people – not all of them Christians – and the sight of a towering Christmas tree backed by an elegant mosque in Downtown Beirut is worthy of the airfare itself.
GET THERE Fly from London Heathrow to Beirut from £589 return

WHY The Philippines apparently holds the record for celebrating the longest Christmas season, with carols ringing out as early as September 1. In this predominantly Catholic country, Midnight Mass is held on Christmas Eve before the traditional December 24 feast, which consists of edam cheese, hot chocolate, Christmas ham and turkey.
GET THERE Fly from London Heathrow to Manila £910 return

WHY In true Mexican style, a piñata forms part of the festivities. In this Roman Catholic nation, people call from door to door on Christmas Eve, much like Mary and Joseph were said to call at inns looking for shelter when they arrived in Bethlehem. However, the twist in this Christmas tale is that Mexican households invite the wanderers in to smash the shit out of a papier mache model filled with sweeties.
GET THERE Fly from London Heathrow to Mexico City from £1,006 return

WHY Weird as it may seem to spot Santa (or ‘Christmas Baba’ in Hindi) and fir trees assimilating into the sweaty bustle of the subcontinent, India’s many years as a British colony have ensured Christmas traditions remain entrenched. Even though just over 2 per cent of India’s population is Christian, you can attend an Indian take on the Christmas market, and December 25 itself is a state holiday.
GET THERE Fly from London Heathrow to Mumbai from £588 return

Have yourself a …  European Xmas

WHY Vienna knows how to put on a festive fayre – the Austrian capital has been holding Christmas markets since 1294. Steeped in the stirringly visual presence of history – grand palaces, baroque architecture, the imposing Gothic Stephansdom Cathedral – this particularly handsome urban sprawl couldn’t be better suited to a Christmas getaway, especially if it snows. The markets run until Christmas Eve.
GET THERE Fly from London Heathrow to Vienna from £254 return 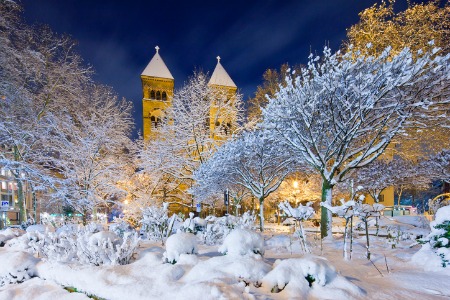 WHY Germany is, for obvious reasons, a popular spot for Christmas. But while the crowds crush into Nuremberg and Berlin for a dose of a Deutsch-style December 25, our top tip for a magical and less touristed Germanic Christmas is Cologne. This party city on the River Rhine has a spectacular market in the shadow of its Gothic Cathedral’s twin spires (until December 23), and there’s no shortage of opportunities to toast the time of year with a young, boisterous crowd.
GET THERE  Fly from London Heathrow to Cologne from £166 return

WHY If you want a guaranteed white Christmas, head east to Krakow. The chilly Polish capital takes this time of year very seriously – the Christmas trees and carols resolutely dig their heels in until the end of January, and street decorations and window-dressings abound. Christmas Eve traditions include a 12-course dinner without meat (carp features heavily), and the gifts are all unwrapped before bedtime, leaving Christmas Day free to visit family and friends. So it will suit impatient types, too.
GET THERE  Fly from London Heathrow to Krakow from £259 return

WHY You’ll find Scandinavia’s biggest Christmas market at Gothenburg’s Liseberg Amusement Park, where 700 Christmas trees and five million lights make for some understated festivities. Roasted reindeer meat might not seem quite in the right spirit (oh, Rudolph), but follow it with a generous helping of glögg (mulled wine) and you’ll be filled with Yuletide cheer. The coastal city is also known for its cheap accommodation.
GET THERE Fly from London Heathrow to Gothenburg £246 rewturn

WHY For the chance to enjoy a sunny Christmas Day without a long-haul flight, head to the capital of Catalonia. While the temperature might not quite inspire a trip to the beach, it will be mild (about 12ºC) and the rays often escape from the clouds. Both Christmas Eve and Christmas Day are marked with huge meals; on the former, soup, pasta, meat and tapas make the menu, while the latter is centred around the traditional turkey. You’ll also swap mulled wine for Cava.
GET THERE Fly from London Heathrow to Barcelona from £201 return

Have yourself a …  UK Xmas

WHY York always feels like taking a trip back in time, from wandering its Roman city walls to sauntering down The Shambles, a medieval cobbled street flanked by narrow timber houses dating back to the 14th century. (Seek out the bakers on The Shambles for the addictive ham-and- olive bread – the shop shuts once all of the bread sells out.) York does itself right up for Christmas, from festive window displays to the huge tree in St Helen’s Square. For a ye olde English December 25, there is no better place.
GET THERE Trains from London King’s Cross to York start at about £82 return 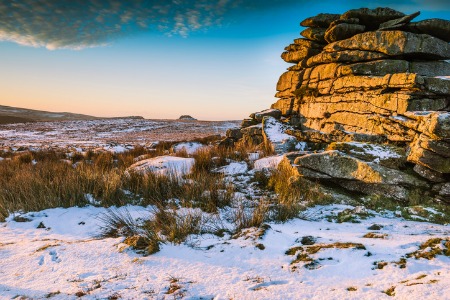 WHY The rambling moorland of Dartmoor makes the perfect isolated escape for Christmas couples. Hole up in one of the area’s villages for a cosy one by the fire, wherein you will wear fluffy polo-neck jumpers while throwing logs onto the flames, and kiss under the mistletoe framed by a dreamy, soft-focus fog.
SEE helpfulholidays.com for a reasonably priced Christmas week in a romantic thatched cottage near Dunsford.

WHY Until Christmas Eve, the Isle of Wight Steam Railway is running the Santa Special Service. Far from being a gut-twistingly twee family experience, you can sit back in a Victorian or Edwardian carriage, get sloshed on mulled wine, munch on mince pies and enjoy the isle’s winter landscape rolling by for £15. The promise of a (bracing) pre-Christmas dinner stroll on the beach only adds to what is a personality-packed Christmas break. Loads of hotels on the island do ‘Turkey & Tinsel’ packages, most including half-board, mince pies and Christmas lunch.
SEE iwight.com

WHY You can rent cosy log cabins on the edge of the New Forest National Park at Little Paddock, a secluded spot with its own little glen, but not far from the seaside towns of Bournemouth, Poole and Christchurch. The strict ‘adults only’ policy assures a relaxing, private stay, and you can go self-catering or B&B.
SEE visit-dorset.com

WHY For an alternative UK Christmas, head to the camp capital of England. If a Christmas dinner of fish and chips on the beach and celebrating Christmas Eve with the town’s drag queens doesn’t capture your imagination, then check out some of Brighton’s more traditional festive offerings. On December 21, the annual ‘Burning the Clocks’ parade illuminates the longest night of the year, as thousands of people carry paper and willow lanterns through the streets. There’s also ice skating at the Royal Pavilion until January.
GET THERE Trains from London Victoria to Brighton start at £34.40 return

Want to flee to a part of the world where turkey with the trimmings would be spat upon and Christmas trees turned to flames? Well, we’re not going to encourage quite such extreme Yuletide hatred, but here’s where to holiday if you want a tinsel-free break with nary a twinkly light in sight …

Holy Island, Scotland: Unlikely to be festooned in Yuletide apparel is this Buddhist retreat, a couple of ferry rides from Ardrossan, on the south-west coast of Scotland. Headed up by a Tibetan Buddhist meditation master, you don’t actually have to be a Buddhist to visit this spiritual isle, which is holding a Christmas Retreat from December 21-27 to “reconnect with peace and compassion within” rather than “partaking in the over indulgence associated with this time of year”. See holyisland.org for more.

Thailand: Being a 95 per cent Buddhist country, Thailand isn’t so big on Christmas. Plus, December is one of the country’s cooler, less humid months, so the southern beaches are perfectly suited to some winter sun.

Nepal: Get as far as you possibly can from the seasonal brouhaha and trek Nepal’s trails through the Himalayas. While the almost unearthly vistas are far more likely to inspire a sense of the spiritual from you than an overweight hippy in a silly red suit ever would, the physical challenge might help you sweat out any Scroogey mean-spiritedness you may have been harbouring, too.