The Queen’s speech doesn’t do it for you?

Allergic to paper crowns? Can’t stand the thought of sitting next to your squiffy aunt as she sniffles her way through the most depressing episode of EastEnders ever screened?

We hear you, loud and clear. So make a break for it and spend Christmas overseas this year.

You don’t have to give up any of the traditions you actually like – they have great fruitcake in India, snowy scenery in Russia and, naturally, vats of mulled wine in Germany.

And if you head to the States, you can even still have your Starbucks Toffee Nut Lattes in a red cup.

But whether you’re looking for a holiday that’s sporty, foodie, sunny or just something completely different from your usual Christmas celebrations, there’s definitely a holiday on this list that will fit the bill.

Best for: A cosy getaway 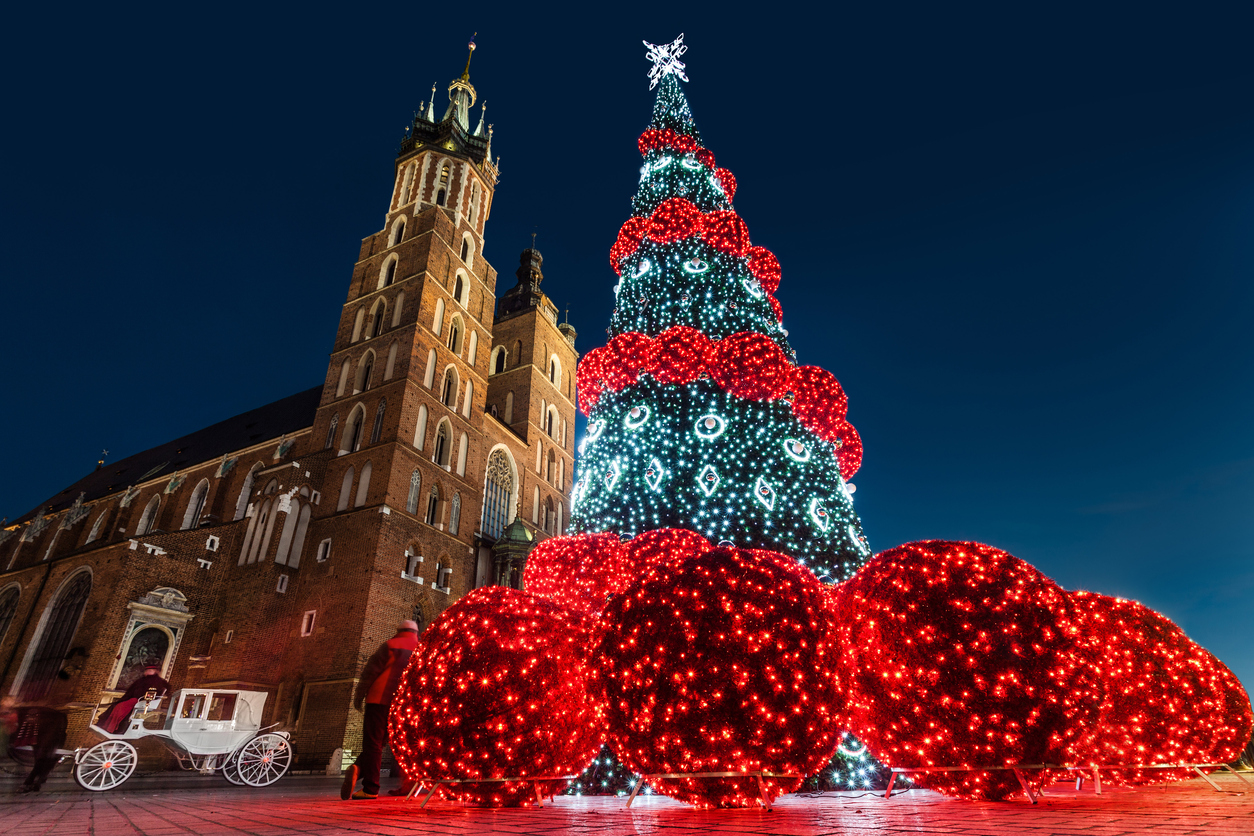 Why: You can’t beat Krakow for traditional Christmas scenery. From the twinkling lights of the festive markets, to the snow-covered Gothic churches, every sight you clap eyes on looks like it belongs on the front of a Christmas card.

The city’s most unique Crimbo tradition is the sopka – miniature portable theatres used for puppet Nativity plays. You’ll find them at most of the old churches in the city.

Don’t miss: Get a scenic tour of Krakow by night from a horse-drawn carriage, which you can arrange from the central Rynek Glowny Grand Square. Bring a blanket and a flask of mulled wine to keep you warm if it’s snowing.

How much more Christmassy could you want?

Getting there: Fly from London Stansted to Krakow from £156pp return (19th Dec-26th Dec).

Best for: A foodie holiday 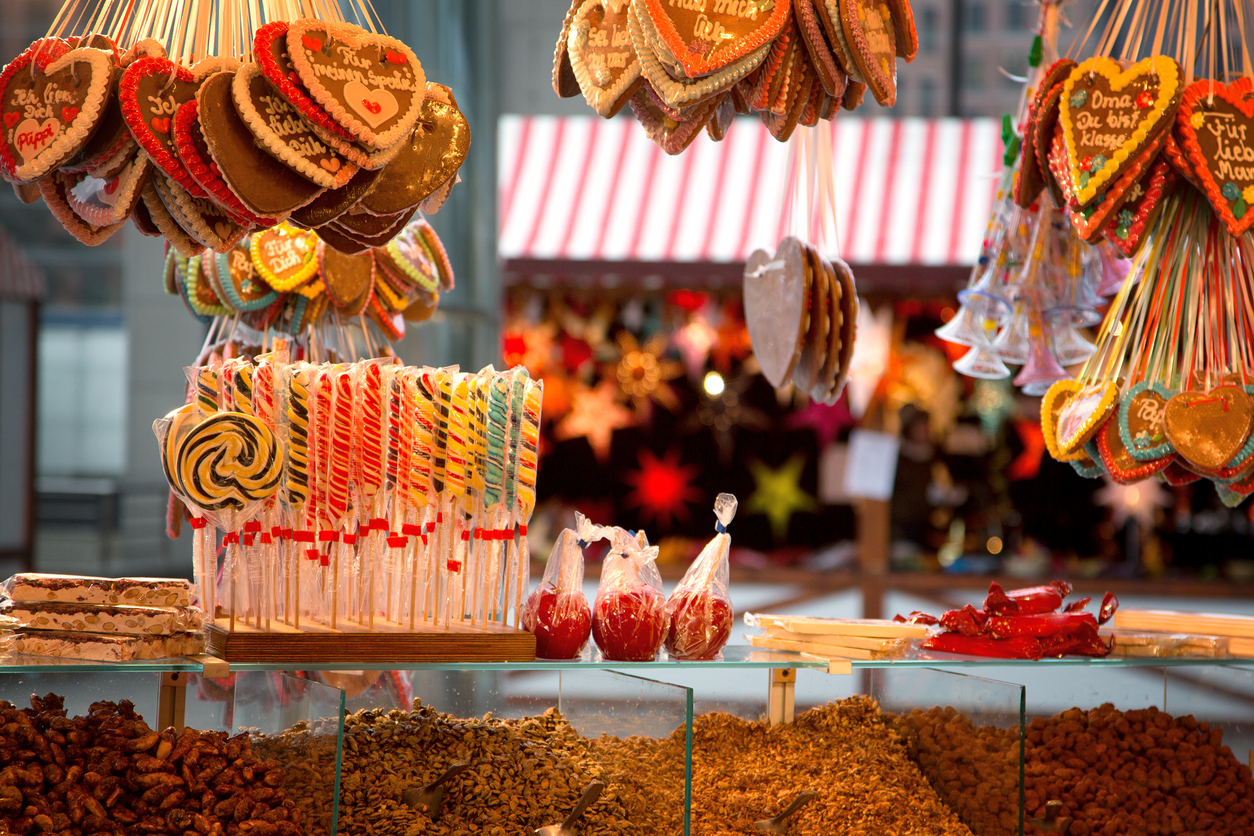 Why: Everyone knows the real meaning of Christmas is to stuff yourself silly.

So what better place to do it than in Germany, which boasts some of the best Christmas grub on the planet?

In the lead up to the big day, browse all the goodies in the many Christmas markets across the city, including iced gingerbread cookies, lebkuchen (soft, cinnamon-flavoured biscuits) and stollen (festive fruit cake) among other sweet treats.

For Christmas dinner itself, Germans usually go in for a traditional, multi-course roast, which could include goose, stuffed carp and suckling pig, or a rich cheese fondue with a generous kick of wine.

Be warned, though, do this foodie holiday right and you won’t be able to squeeze into your seat on the plane ride home.

Don’t miss: Washing down everything you eat with cups of the ultimate Christmas tipple, glühwein.

Getting there: Fly from London Stansted to Berlin from £138pp return (19th Dec-26th Dec).

Best for: A guaranteed white Christmas

Why: Tired of always dreaming of snow-covered scenes on Crimbo Day and never actually seeing them?

Then take matters into your own hands and jet off to Moscow for the holidays where your chances of seeing snowflakes falling on December 25 are infinitely better than they are in London.

While you’re here, indulge in ice skating on the frozen lake in Gorky Park, then visit some of Moscow’s most iconic architecture, such as St Basil’s Cathedral and the Kremlin, while they’re covered in powder.

Don’t miss: The ultimate Russian Christmas experience – watching Tchaikovsky’s The Nutcracker at the Bolshoi Theatre, which has an annual run between Xmas and New Year. Book tickets (from approx £190) well in advance.

Getting there: Fly from London Heathrow to Moscow from £273pp return (19th Dec-26th Dec).

Best for: A skiing holiday 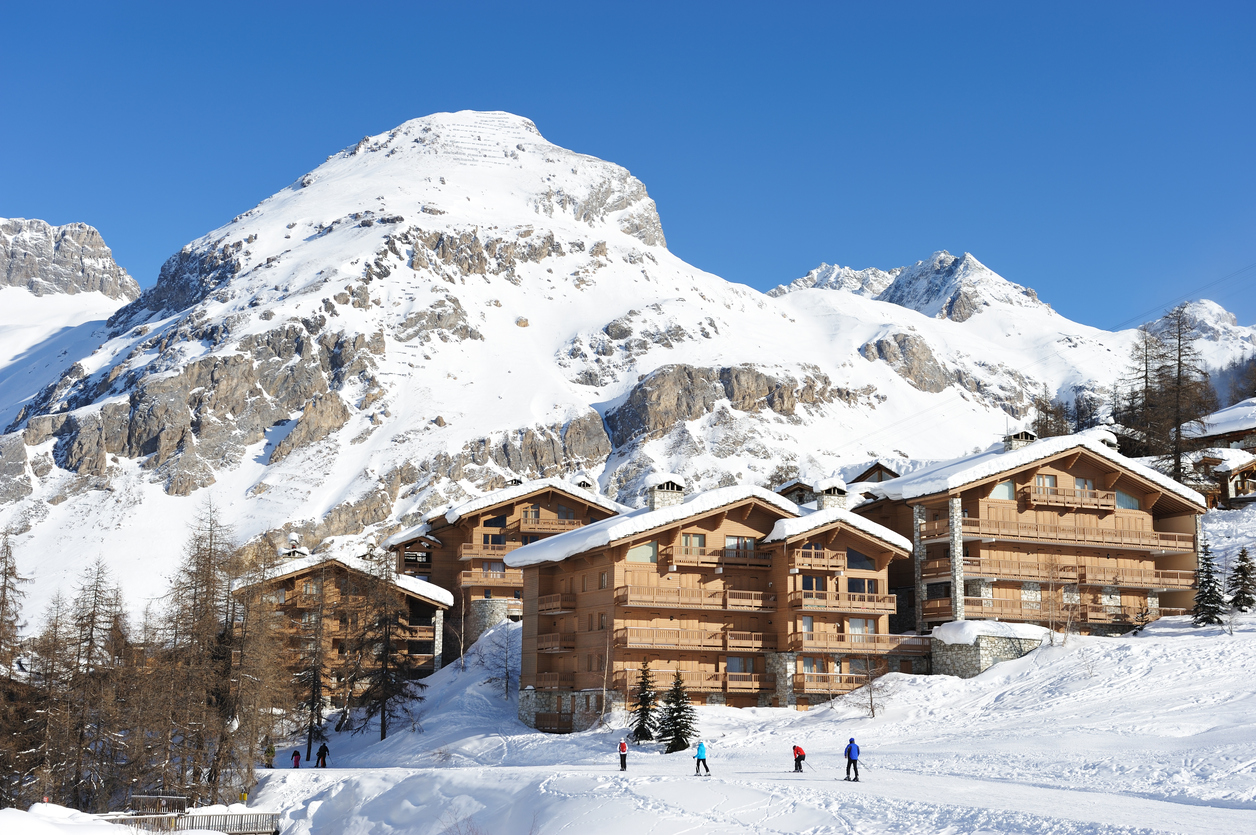 Why: Crackling log fires? Check. Snow outside? Check. All the food and wine you can put away? Absolutely.

A break sliding down the white stuff in the French Alps is perfect for those who love classic wintery traditions, but hate that lethargic overdone-it feeling after endless housebound days.

In Val d’Isere, sporty types can burn off the last round of turkey sandwiches by flying down the powdery ski slopes.

But if you do want to indulge, warm up another saucepan of spicy mulled wine and stay by the fire in your cosy chalet.

Where: New York, US

Why: There aren’t many cities as iconic as New York at Christmas.

From the ice rink at Central Park and the giant tree at the Rockefeller Center Plaza, to choirs singing carols in lobbies across town and the OTT Santa’s grottoes, it’s no wonder all the best festive films are set here.

So if you’re a big soppy fan of feel-good slush-fests such as Miracle On 34th Street, Elf, Noel or Home Alone 2: Lost In New York (don’t be embarrassed, we won’t tell anyone), head to The Big Apple for the ultimate seasonal experience.

Go the whole hog like the New Yorkers do, and stagger about in the snow with armfuls of presents from Macy’s.

Don’t miss: Taking a break in the nearest coffee shop, preferably one attached to a quirky second-hand bookshop, where you’ll probably fall in love after your cappuccino gets mixed up with a lonely stranger’s latte.

Best for: A sunny beach break 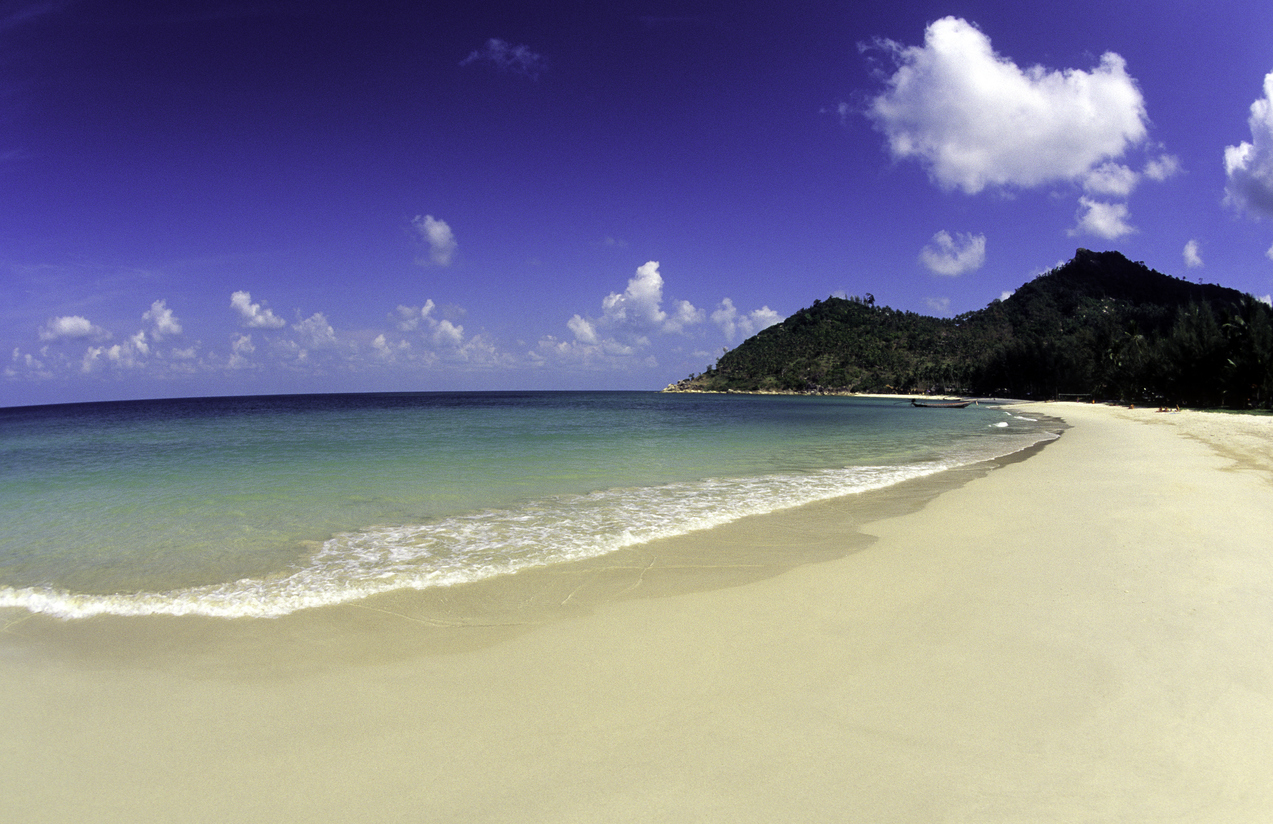 Why: Thailand has countless idyllic stretches of sand, but to combine heavyweight festive partying with relaxation,  head straight to Ko Pha Ngan.

Not only is it one of the country’s prettiest southern islands but it’s also a magnet for backpackers who want to let off a bit of steam.

Fill a week here soaking up the sun by day and slurping buckets of Thai Red Bull and whiskey at night. Then, cover yourself in glow-in-the-dark body paint and rave on the sand until the sun comes up, then do it all again.

Don’t miss: Haad Rin beach is famous for its wild Full
Moon parties, where everyone drinks, dances, watches fire poi and dares each other jump over burning skipping ropes.

The annual festive bash (on Xmas Day) is bigger, even more crowded and with a smattering of Santa hats.

This is a Christmas party you won’t forget in a hurry.

Best For: A spiritual Christmas 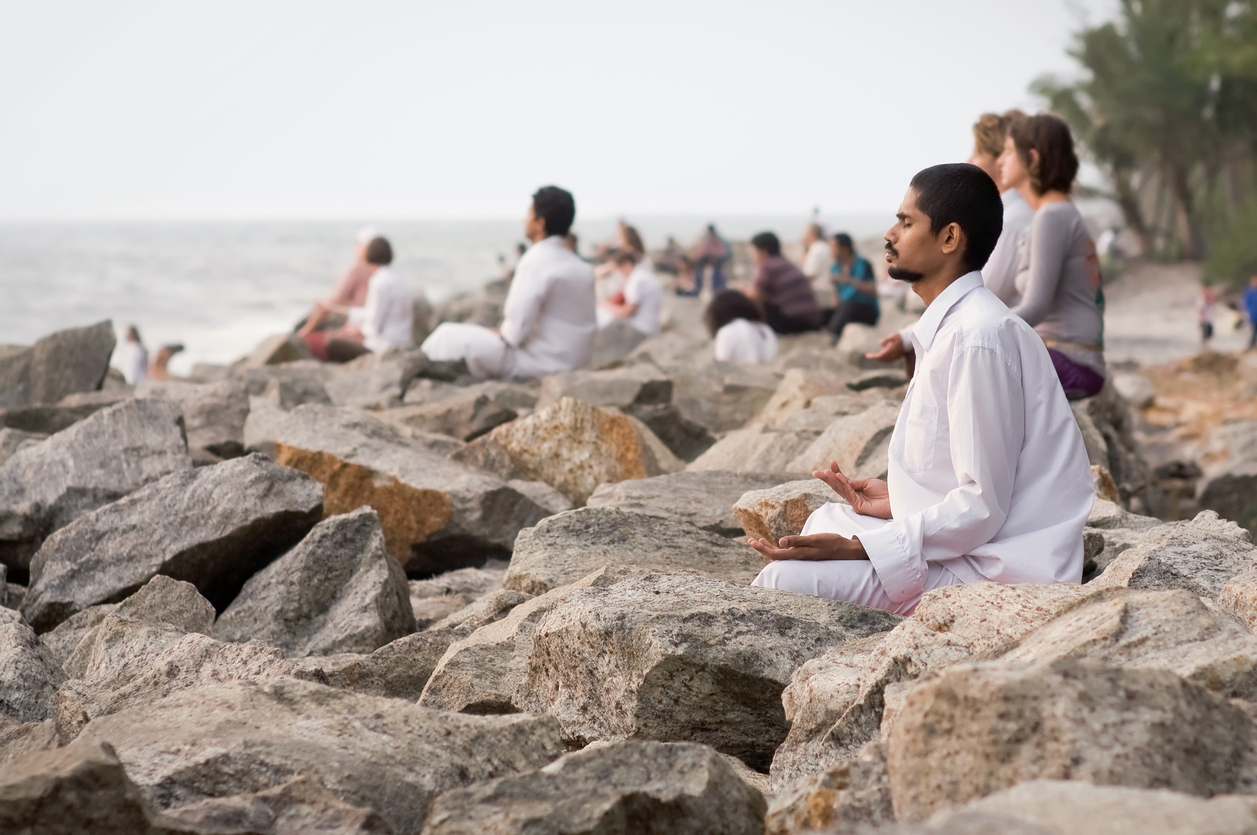 Why: Because you won’t find much spirituality around Oxford Circus this month.

In Kerala, south India, you’ll feel a million miles away from the seasonal buying frenzies of the West, but will still get to enjoy the region’s own, sunnier brand of Christmas celebrations.

Around one fifth of the population is Christian, but the other religious groups here, namely Hindus and Muslims, have low-key celebrations as well, meaning most of the shops and cafes will be all decked out with star-shaped lanterns and baubles.

Even the palm trees get covered in tinsel and streamers, so the place feels festive, albeit in a slightly surreal, unconventional way.

Since religion is taken very seriously in Kerala – which you’ll be reminded of by road signs everywhere that say, ‘God’s own country’ – Christmas is more of a faith-based celebration than an excuse to party, and you’ll see adverts for English-language midnight masses outside churches across the state.

Don’t miss: On Christmas Day, make sure you get hold of a fat slice of yummy plum cake, which is a Keralan take on the West’s traditional Christmas pud. It comes sprinkled with icing sugar and decorated with festive ribbons.

Best for: A feel-good Christmas

Why: Remember when ‘Christmas spirit’ used to mean something other than Jägermeister?

Pod Volunteer arranges placements in Pokhara in Nepal, where you’ll help out at orphanages, street children’s centres and schools.

When you’re not working, explore the surrounding Himalayan mountain region by rafting, kayaking and trekking.

Don’t miss: That ultimate warm and fuzzy feeling of having done something worthwhile with your holiday.

Best of the rest: ‘Orphan’s’ Christmas Breaks in the UK

Family the other side of the world? Club together with your mates and spend Christmas together in one of these self-catering cottages around the UK. 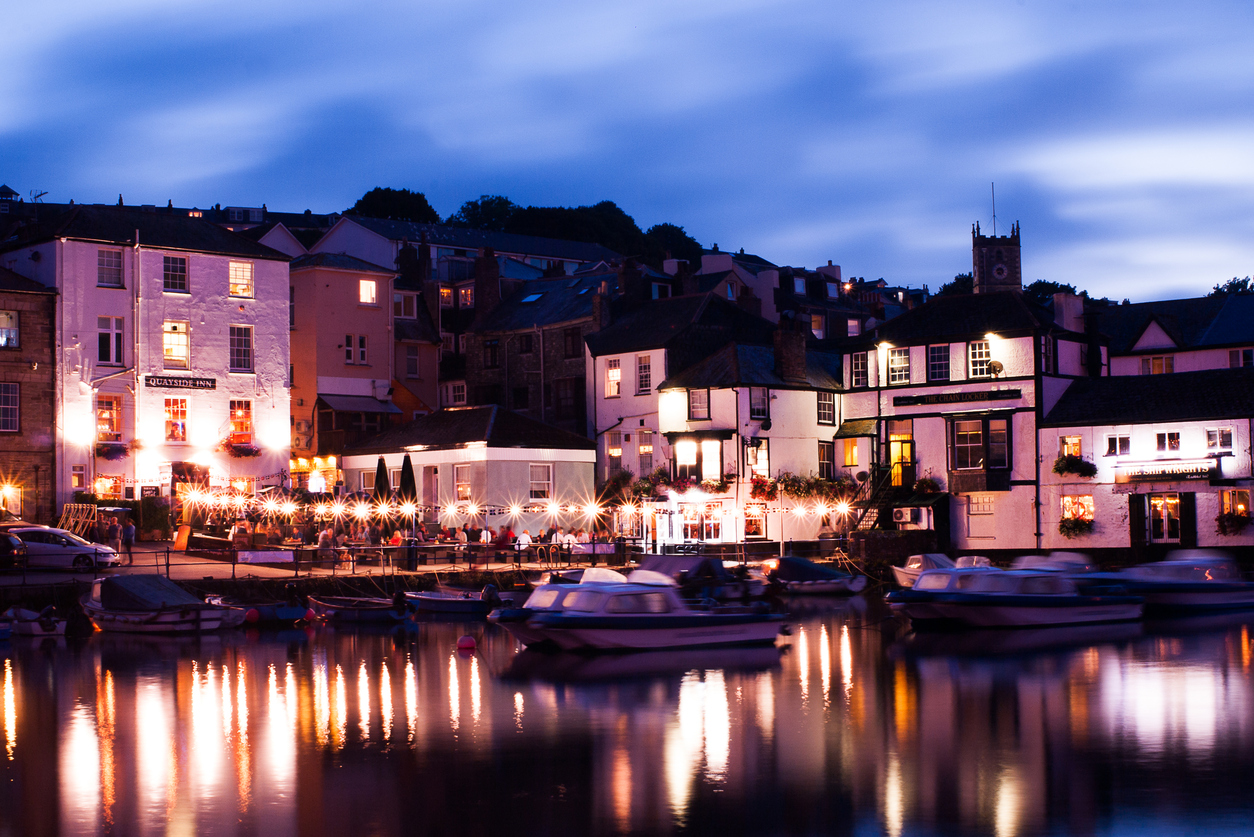 Stay at Pig House in Mawnan Smith near Falmouth with wood burning stove, oak floors, open plan living room, kitchen/diner and best of all a hot tub! The beach is a mere 10 minute drive to walk off your Christmas Dinner too!

Drive to Cornwall for traditional dinner in the cottage, then spend the rest of the time in the village pub.

Stay in the Snowdonia National Park in Llwyngwril in a beautiful stone and slate farmhouse.

Tirinie Cottage is a stone cottage at the head of a spectacular glen in Central Scotland.

Find the whole business of Christmas about as interesting as watching a 10kg turkey defrosting?

Then head to one of these very un-festive hotspots to escape all the glittery madness. 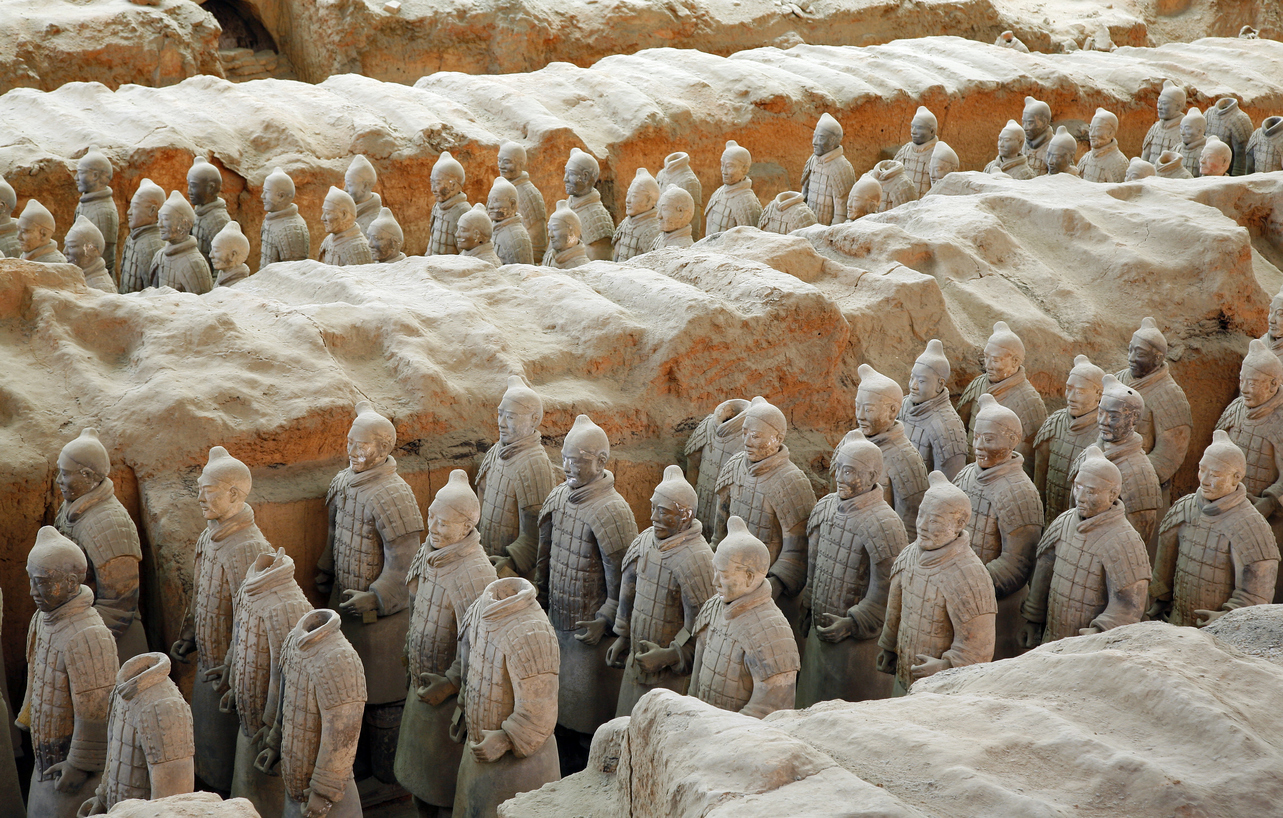 Shanghai’s shops will be filled with Christmas trees and festive decorations at this time of year, but in the rest of the country it’s business as usual over the yuletide period.

In Xi’an, visit the Terracotta Army, a huge collection of intricately carved horses and warriors dating back to the 3rd century BC.

They belonged to Qin Shi Huang, the first Emperor of China, and were supposed to protect him in the afterlife. 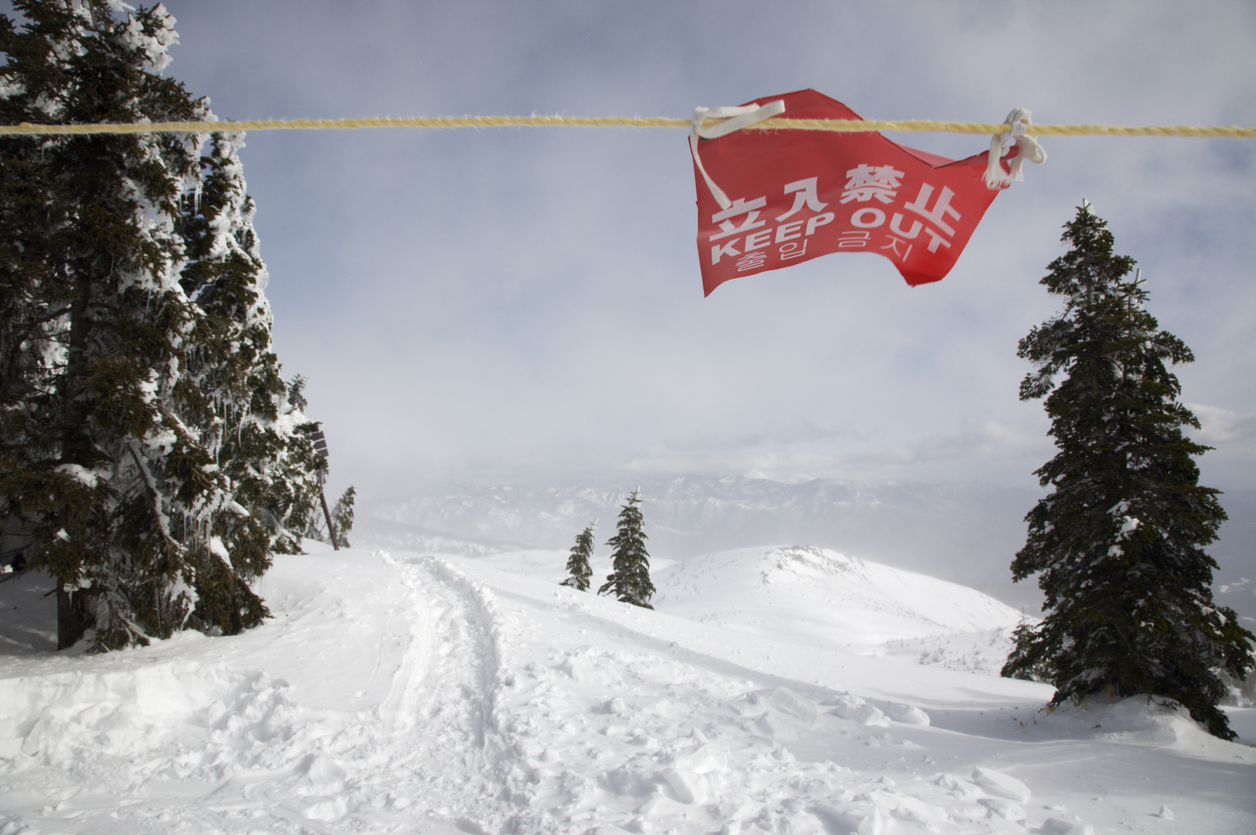 You can’t avoid the tinsel and Santa hats altogether in Japan anymore, but it’s not an official holiday.

Make the most of all the wintry Japanese pursuits on offer that have absolutely nothing whatsoever to do with Christmas.

Go skiing in Niseko, Japan’s biggest resort, or do a little shopping at the Shimai Kobo market, held on December 21st in Kyoto’s To-ji Temple. 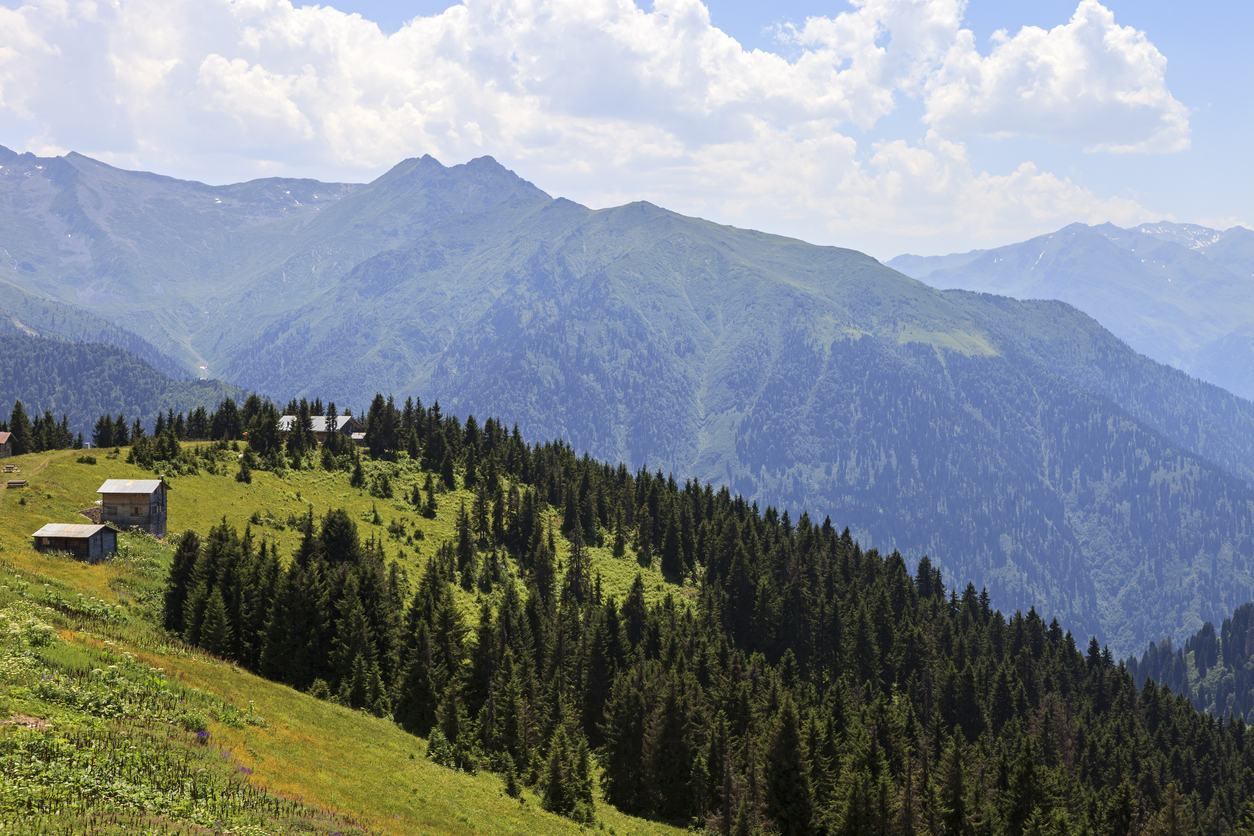 As approximately 90 per cent of the population is Muslim, Christmas in Turkey is quite a low-key affair, and not widely celebrated at all outside of Istanbul.

But if you can’t even bear seeing the odd string of fairylights, head out to the remote Kackar Mountains near the Black Sea in north-eastern Turkey for a week’s trek.

You’ll be so busy forcing your aching musclesup the steep mountain slopes you won’t even have enough breath to hum a chorus of Jingle Bells.

Take a look at our great Christmas deals on tournado.com