A big name for sure, but the 82-year-old’s speech was more drunk Walt Kowalski than righteous Harry Callahan.

Despite receiving rapturous applause at the convention, the critical reception for Eastwood’s speech has not what Republicans had hoped.

Evan Davies on the BBC’s Today Programme called it “rambling” and The Huffington Post’s Luke Johnson called the speech “as disastrous as the botched bank robbery that he stopped in “Dirty Harry” while playing a jaded San Francisco cop”.

Even conservative commentators conceded that the speech “meandered”.

The thing about the speech that seems to have most baffled people is why anyone thought it would be a good idea for Clint to level questions at an empty chair, supposedly representing Barack Obama.

The absurdity of that empty chair premise sent the Internet’s meme-production engine into overdrive and within minutes a slew of images were competing for reblogs and upvotes across Tumblr, Buzzfeed and Reddit. 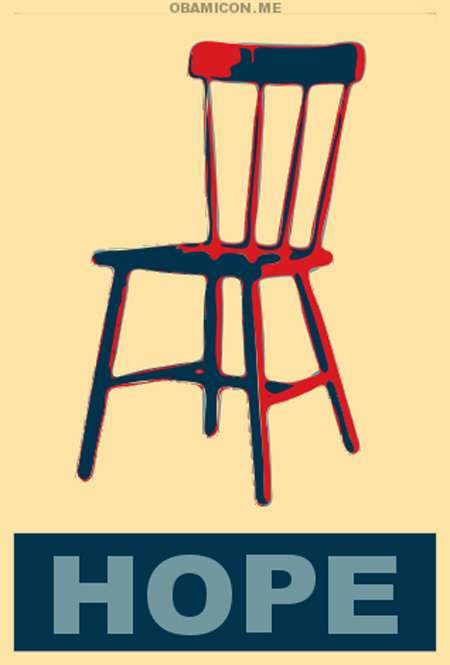 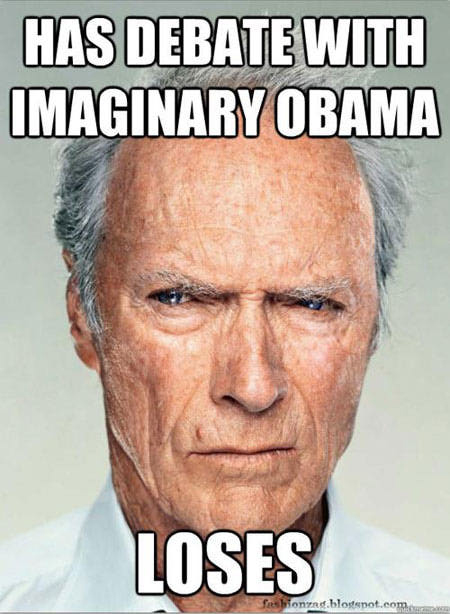 POTUS responded with a picture on his Facebook feed. 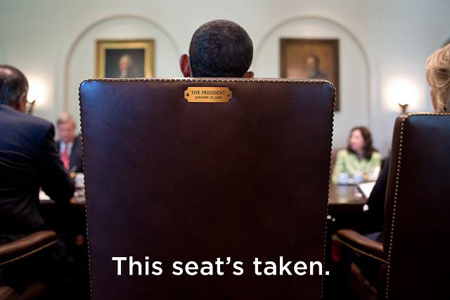 Check out Eastwood’s full speech below.