Nathan Buckley’s side overcame a horrific start to outclass Essendon by 23 points in front of 91,731 fans at the MCG.

At one point the Bombers were 37 points ahead, a fantastic first quarter for them.

It was the 20th ANZAC Day clash between the two sides since the tradition began in 1995. 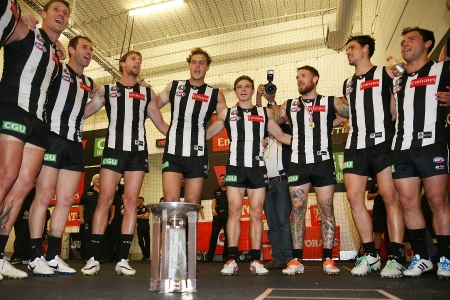