Delhi’s Commonwealth Games began with a glittering opening ceremony yesterday, doing much to compensate for months of bad press about India’s handling of the event. 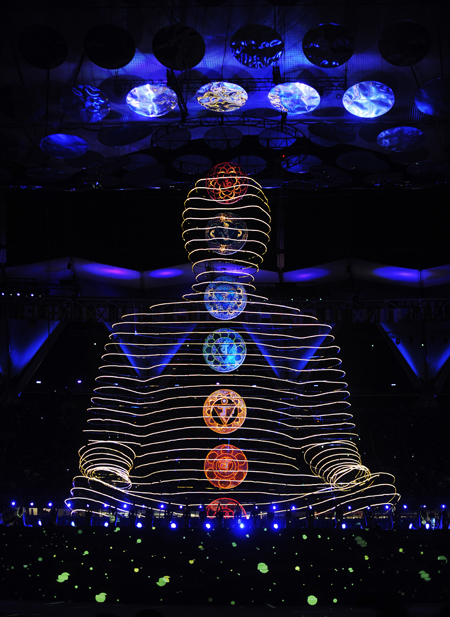 A £5.5 million helium-filled airship floated above the crowd as images of Ghandi, the Taj Mahal and Buddah were projected onto it. Dancers, musicians, yoga practitioners, artists and giant puppets filled the middle of the stadium to enact a historical pageant to then sound of thousands of drums.

Earlier in the day Prince Charles and the Duchess of Cornwall greeted some of the athletes. Camilla made a beeline for the bare-chested swimmers, telling them that they looked “very fit”. 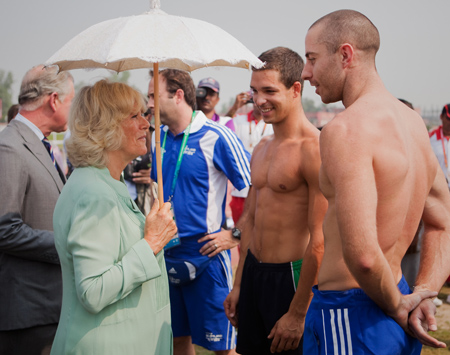 Security was tight at the spectacular opening ceremony. Spectators passed through 19 checkpoints before reaching their seats and were stringently searched. Across Delhi 119,000 police and military personnel patrolled and drones swept the skies.

Some athletes have withdrawn from the Games over concerns about security in India, which have been acute after 2008’s militant attacks on Mumbai which killed more than 100 people.

Despite the success of the opening ceremony, concerns about Delhi’s Commonwealth Games still lurk.

It is thought that dengue fever could have spread to the Athletes village after Ruptu Gogoi, a member of the Indian lawn bowling team, was rushed to hospital after contracting the viral disease.

There have been fears that the illness would spread into the village after more than 3,500 cases of the mosquito-born disease and seven deaths in the nearby city were reported.

The Commonwealth Games began in earnest today and will see double Olympic swimming champion Rebecca Adlington compete for one of the eight gold medals.

Gold will also be won in the men’s 400m freestyle, the women’s 200m individual medley, the men’s 200m butterfly and the men’s 4x100m freestyle relay where Australia, South Africa and England should be in the running.

Weightlifting medals are also up for grabs in the women’s 48kg category and the men’s 56kg, while the Commonwealth’s top men’s gymnasts will also do battle.

However, it has been reported that stadiums are glaringly empty for today’s events. About two million tickets were made available for the
Games but delays in finalising the sales
network meant that many have not been sold.

Other traveller reviews on Costa Rica

Fiji dreaming: We discover the sun-kissed destination is more than just a chill-out heaven