The innings at the Sydney Cricket Ground was their 10th shortest innings ever against Australia, and eight of the previous ones came before 1910 when a flock of sheep might as well have been curating the uncovered wickets.

It was probably a fitting end to their 5-0 Ashes series dismantling.

The tourists’ pathetic performance was highlighted by a few more numbers, such as zero, the amount of centuries their top five scored in the entire five-match series – all-rounder Ben Stokes, coming in at No 6, scored England’s only 100. This compares to Australia’s record-equalling 10, which matched series in 1920-21, 1946-47 and 1993, and impressively came from six different batsmen. 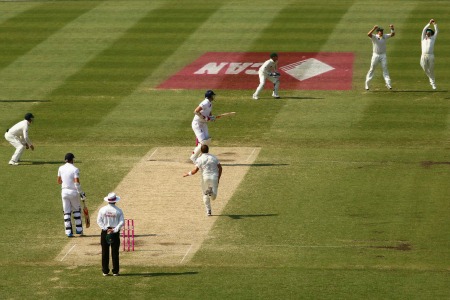 If you were to rank all the batsmen in the series, an England and Wales representative – Stokes again with an average of 34.87 – scrapes in at sixth.

Only three of the visitors’ batsmen – Stokes, Kevin Pietersen and Michael Carberry – had a better average at the end of the 10 matches than above average tail-ender Mitchell Johnson’s 27.5.

Captain and opener Alastair Cook’s 24.6 was only just better that the 23.4 of Ryan Harris, a rank tail-end batsman.

The three-day spanking at the SCG completed just the third clean sweep in the rivalry’s 132-year history – the last time it happened, in 2006-07, the Aussie team included Shane Warne, Glenn McGrath, Adam Gilchrist and more who push for lists of the greatest of all time, an honour Michael Clarke would be the only player to go close to in this team.

Of all of the Australians to bat during the series, only Peter Siddle averaged less than England’s 21.58 average per batsman. The Aussie batsmen – even with Siddle’s seven innings for 38 at 6.3 – made 41.41 runs per wicket. Number 11 and supposedly the worst batsman, Nathan Lyon confuses matters a little – England didn’t get him out once in his six walks to the crease. 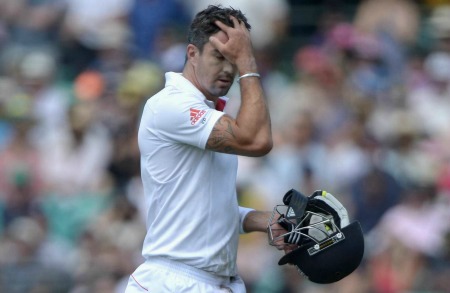 A look at England’s bowling numbers is just weird, and a bit depressing. According to the averages, the runs conceded per wicket taken, their best was none other than Scott Borthwick.The debutant leg-spinner was considered by most to be a bit of a flop in his only appearance in Sydney, but his 4-82 from 13 overs in both innings was the best England had. This doesn’t take into account his 3-33 in the second innings came when Australia were throwing their wickets away and treating their opponents like kittens chasing a ball of wool. Though he did it at a super expensive 6.3 an over.

Next best was Stuart Broad, the opener who along with Stokes stood among the only players to give the Aussies a proper show in the series in spite of idiotic chants from the home crowd telling him he’s “a wanker’, took 21 wickets at 27.52. 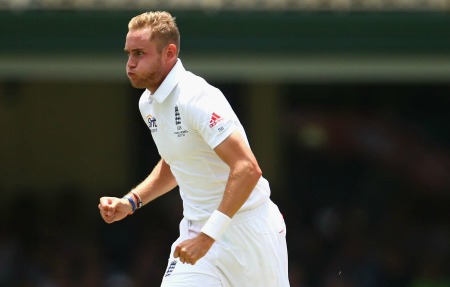 After him comes another mind-blower – Chris Tremlett. You’ll have to cast your mind back to the first Test in which he took four wickets at 30 runs a piece in his 36 overs at 3.33 runs per six balls. It was a performance that got him dropped, not to reappear in the series.

James Anderson was a shadow of himself with a Kookaburra ball instead of a Duke, taking 14 wickets at 43.92 with his 190.3 overs significantly more than anyone in the series. Graeme Swann was average a whopping 80 per wicket with seven for 560 before he jumped ship after Perth. Only Boyd Rankin, the Irishman drafted in for the last Test, and Monty Panesar – who played two Tests before being dropped – had worse numbers. 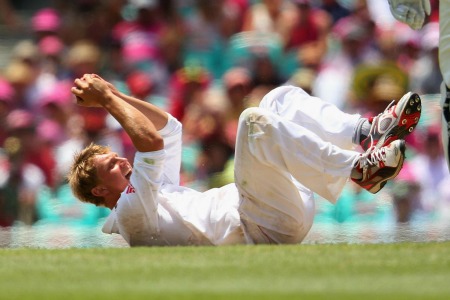 If all-rounder Ben Stokes can stay fit he’ll be there next time around, pulling his weight with the bat and ball – he was England’s second highest wicket taker with 15 at 32.8.

Forgetting the retirement of Swann, the departure of Jonathan Trott and the dropping of Matt Prior and Joe Root during the series, the abject failure of Cook and question marks looming over his and Andy Flower’s roles, plus the untold dismantling of their confidence, England have now been relegated to fourth in the ICC Test rankings. Australia have leap-frogged them into third – now they’re coming for South Africa and India.

Let’s stick together: Paraplegic surfing made possible with duct-tape