Cringe: Parents walk in on son having sex, mum bakes cake to apologise

Well, we have a new one.

And it is mega cringeworthy and, again, kinda like something from the American Pie films.

So parents allegedly walk in on son getting intimate with his girlfriend (he calls it ‘dry humping’ – nice try, son), cue the awkward chat about safe sex, right?

This mum decided to up the ante and bake the girl a cake.

It hilariously reads: “Sorry we caught you humping our son – we still love you!” 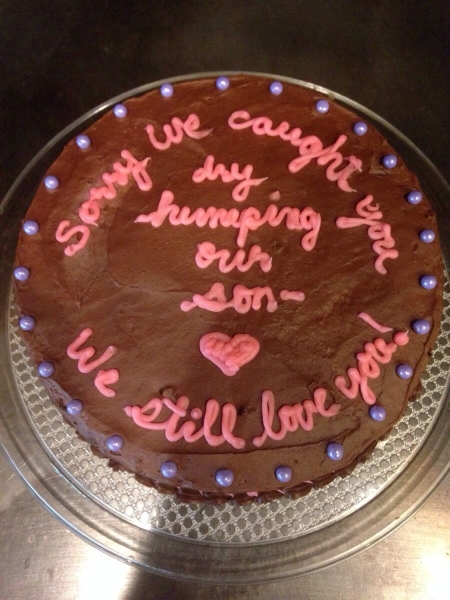 It was posted by user One_Skinny_Mexican who claimed it happened a month ago and that his mum wanted to “make the cake, organize a flash mob, and present it to my girlfriend at her workplace.”

The Best Gift Cards You Can Find at UnitedGiftCards