A team working for London’s Crossrail project uncovered thirteen bodies  in the 5.5m-wide shaft at the edge of Charterhouse Square, alongside pottery dated to the mid-14th Century, reports The BBC.

A burial ground was known to be in an area outside the City of London, but its exact location wasn’t known.

The skeletons’ arrangement in two neat rows suggests they date from the earliest era of the Black Death. The pandemic of later years saw bodies dumped haphazardly into mass graves. 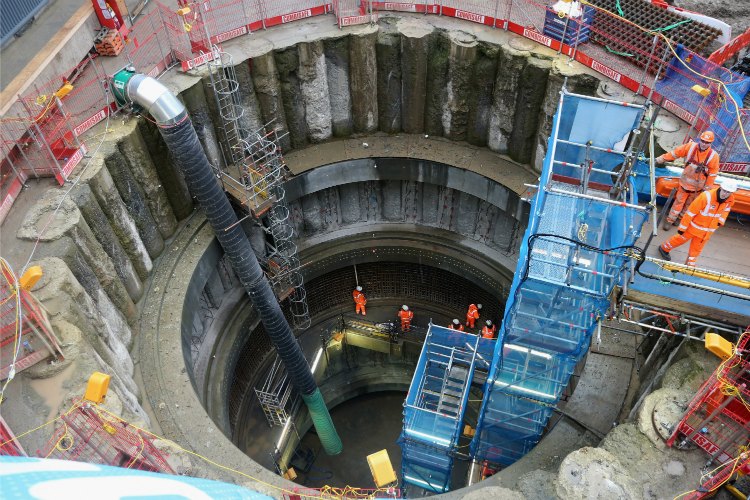 It is expected that DNA taken from the skeletons will help chart the development and spread of the Black Death plague.

Archaeologists working for Crossrail and the Museum of London will continue to dig in a bid to discover further remains, or any finds from earlier eras. They have suggested there could be nearly 50,000 skeletons of plague victims buried in the vicinity.