What: The small Caribbean island of St Martin is famed for its gorgeous beaches and crazy airport. Situated right next to Maho beach, planes land just above sunbathers’ heads. Some thrill-seekers grip hold of the airport’s fence as planes take-off and land to see if they can maintain their grasp during the intense jet blast, which causes some people to be blown into the air.

What: If you like theme park rides, you’ll love landing at St Barths airport in the Caribbean. The runway begins on a hill before landing on St Jean’s beach. Sunworshippers can be spotted soaking up the ?rays (and the planes) on ?the sand strip either side ?of the runway. 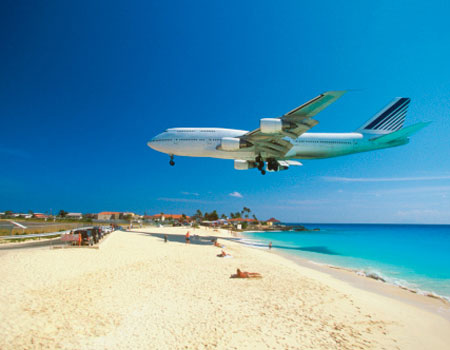 What: This exclusive ski resort in the French Alps has an itty-bitty runway of 525m, so pilots require special training before landing here. The airport was featured in the opening scene of Bond movie Tomorrow ?Never Dies.

What: Smack bang in the middle of Gibraltar’s airport runway is a four-land highway used by cars, bicycles and pedestrians. When planes are taking off or landing, a barrier is put down on either side. ?On the plus side, it’s just 500m from the city centre so you ?can reach your hotel quickly. 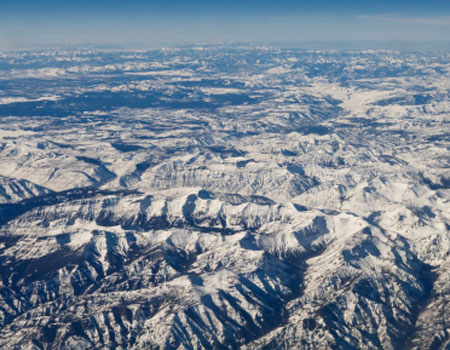 What: Set in Lukla – the gateway to Mount Everest ?– this airport is situated 2700m in the clouds and has one of the tiniest runways at 487m (compared to Heathrow’s 3600m runways). But, worse still, at the end of the runway is a 609m drop into a valley.