Beckham has been training with Arsenal to keep in shape after his family moved back to the UK.

Despite firm interest from all corners of the football world, the Ligue 1 side’s deep pockets, glam factor and close proximity to England always put it in the box seat. 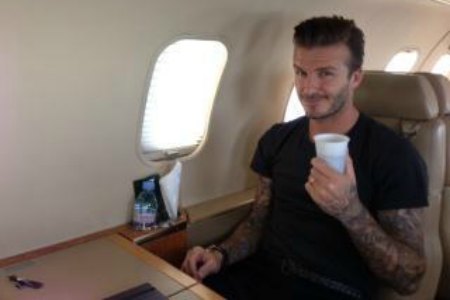 Beckham shared this photo on his Facebook page with the caption ‘On way to Paris, excited. I will update you all later’

PSG, currently top of the French league, have reportedly spent more than £200m in the past 18 months.

Their manager is Carlo Ancelotti, the boss at AC Milan when Beckham went on loan there.

Beckham could win a league title in his fourth country at PSG after he won with Manchester United, Real Madrid and LA.

Class of the week: Parkour at West Way Sports Centre