After the violence in Cairo in December last year, Egypt is slowly but surely picking up the pieces. However, the FCO are advising against all but essential travel to South Sinai, with the exception of Sharm el-Sheikh, after four, tourists were killed when a tourist bus was attacked in Taba on February 16. Be sure to keep an eye on gov.uk/foreigntravel-advice/egypt for up-to-date advice to ensure you can enjoy this amazing country at its finest…

The urban sprawl of Cairo sits dramatically in the shadows of towering ancient pyramids that have struck awe into the hearts of travellers for centuries. The Giza Pyramids are truly a sight to behold and can’t be missed. Also, exploring the Egyptian Museum, with its avalanche of ancient artefacts that spill out on to the gallery floor, is like entering Aladdin’s cave. But there’s a lot more to this city than its history. This buzzing metropolis, weighed down by traffic and noise, has a vibrant art and music scene. The café culture should also be savoured here. Taking influence from the French, quaint cafés spill onto sidewalks in the affluent district of Zamalek, or you should capture a second of peace smoking sheesha under a sycamore tree. The city parks are also worth a visit as tropical birds chirp in time to the city noise and exotic plants bloom along the paths.

What else? When you’ve hit the galleries and sampled some Egyptian rap at the numerous gig venues, a great way to kick back is on board a boat. You can travel down the legendary Nile River as the sun goes down with the lights of the city glimmering along the banks. Dinner is served on board and some boats have bellydancers to really get you in the spirit.

Sharm el-Sheikh, or ‘Sharm’ as it’s affectionately known, is located on the Red Sea, which already makes it a hotbed for tourists who want to fit some sunbathing into their busy cultural schedule. As the five-star resorts catering to their needs cropped up, so too did the clubs. The Pacha here is as world-class as any and international DJs often man the decks. Na’ama bay is the centre of the nightlife with dozens of hotel beach bars buzzing with the region’s gliteratti, as well as travellers from abroad. There’s even an aptly-named Soho Square, which is crammed full of trendy places to drink. When major artists come to Egypt this is where they play, so look out for any big concerts that might be going on while you’re visiting.

What else? Sharm is a prime snorkelling and scuba diving spot, with its plentiful tropical fish and colourful coral reef. There are two main destinations, Tiran Island, where dolphins follow the boats into the bay, and Ras Mohamed National Park, where you can explore a shipwreck.

Luxor is more relaxed than Cairo, but you won’t have time to kick back with all there is to see and do here. Built on the site of the 4,000-year-old ancient city of Thebes, you can feel the past pulsing through its veins. The nearby Valley of the Kings is the ancient burial site of pharaohs and their dignitaries, and there are more than 63 tombs; there’s also a Valley of the Queens on a similar scale. As you wander along the cliff paths you will come across archaeologists working on new discoveries and ancient pottery piled up in the dust.

The ancient Egyptian temples in Luxor are truly some of the most jaw-dropping sights on the earth. Luxor Temple, dedicated to the Cult of the Royal Ka, is made up of dozens of carved statues of royals that reach dizzying heights. At Karnak Temple, which is equally as impressive, a sound and light show creates a dramatic nighttime spectacle, with eerie sounds and shadows of the gods cast across the desert sandstone. Worth a watch.

What else? North Africa is famous for its rambling markets or ‘souks’ and Luxor has some of the best in Egypt. It’s a treasure hunter’s dream as you tirelessly browse the avalanche of tat and test your hand at haggling, which is all part of the cultural experience. The main souk in Luxor sells goods such as beans, perfume, hibiscus flowers, old silver and papyrus paper. Just remember to keep an eye on your bag – pickpockets are rife here and tourists are an easy target. 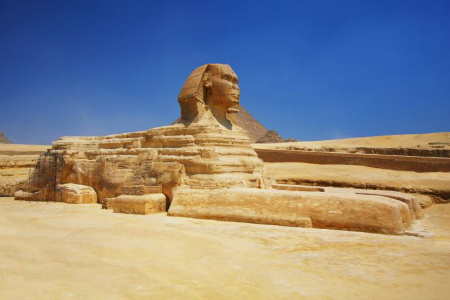 Sadly the recent victim of a terrorist attack, Taba is usually a quiet haven for tourists, usually on their way to or from Israel, as the small town is nestled on the northern tip of the Gulf of Aqaba. Once it’s safe to travel here again, you’ll want to head straight for the gorgeous beach. By night there’s more lazing around as there is some spectacular star-gazing to be done. From Taba you can go on a Jeep safari into the Sinai Desert; some trips involve visiting Bedouin villages built next to brightly coloured canyons, and others include camping in small bungalows that boast incredible views of the night sky and are built so close to the warm water that you can almost feel it lapping at your feet.

What else? Near Taba is Egypt’s first-ever salt cave made entirely of the mineral from the Red Sea. Touted for its healing capabilities, spending time in the cave and undergoing the salt treatments is meant to have immeasurable health benefits.

Alexandria has had a tumultuous history: built of course by none other than Alexander the Great, and subsequently taken over by the brazen Queen Cleopatra. In the 19th century it was a beacon of cosmopolitan sophistication, with European actors and writers showing up in spades. Now it’s only a shadow of its former glory, but the area around the city, which is Egypt’s window on to the Mediterranean, has some great beaches. As well as azure water and white sand, there are are plenty of little fishing towns to explore. Egypt’s Med remains relatively unpopulated so it really makes for a chance to kick back and soak up some rays.

What else? The Bibliotheca Alexandrina is one of the most impressive pieces of architecture in the modern world. The huge cultural centre hosts every manner of artistic performances and the list of things to see is endless. As well as three permanent museums, there are four specialised libraries, a planetarium and many temporary exhibitions. 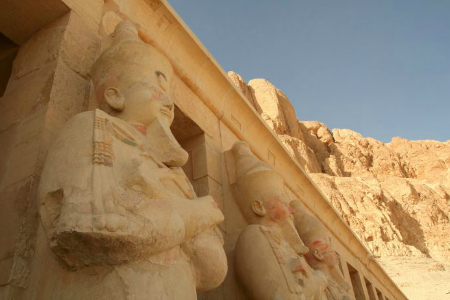 Egyptian food is simple and fresh. It relies heavily on vegetables and legumes because they grow so well in the Nile Delta and the spices used are delicate – but effective. Here are some things you must try…

Fattah Bread: Meat and rice layered on top of one another with vinegar, garlic and tomato sauce. This is usually served at special events.

Sayadeya: A seafood dish made with sea bass, bluefish or mullet with garlic and tomato, baked in a tagine to really get the flavours flowing.

Hawawshi: Every country seems to have a version of the meat pie, and this Egypt’s. In this version, the meat is sometimes flavoured with cinnamon and nutmeg.

Ful medames: A staple in Egypt, this dish is made up of lava beans with garlic, lemon and oil and is eaten in a bread bun, sometimes with extras like egg or tomato. Halawa Found all across the Middle East, this sweet ismade of sesame paste infused with nuts or spices to give it a unique flavour.

Getting there, and getting around:

The major international airports in Egypt are in Cairo, Alexandria, Luxor and Aswan. All are served by budget airlines as well as Egypt’s own carrier. Flights from London to Cairo start at £300.

Egypt has good public transport and it’s easy to use. The most common way of travelling is by bus, but if you’re going between cities these get crowded very quickly and you may not get a seat. Taking an internal flight will save you some time but prices do go up hugely during the busy season (October – May). There’s no main website for bus companies so enquire in each city.

Keen to explore the rich history of Egypt? We have some fantastic deals waiting for you at TNT Tour Search!