If you’re struck by the luck of the Irish you might just make it on until dawn with the best of ’em. If you’re not, well,don’t say we didn’t warn you.

St Patrick’s Day, held in honour of the patron saint of Ireland, takes place on March 17 and is a celebration of all things green, all things lucky, and, of course, all things Guinness.

Historically, the festival was a religious feast day commemorating the arrival of Christianity in the country. Nowadays, it’s a somewhat more debaucherous affair as thousands take to the streets dressed as leprechauns and green fairies to cheer on their homeland and generally make merry.The biggest St Paddy’s Day celebration takes place in Dublin where half the city plus thousands of Irish-loving pilgrims from all over the world show up for a week of festivities which culminate in a huge parade on March 17. Last year, for the first time ever, tourists were invited to lead the procession. Though next year’s hasn’t been announced, we recommend you iron your greens and grow out that beard, just in case. 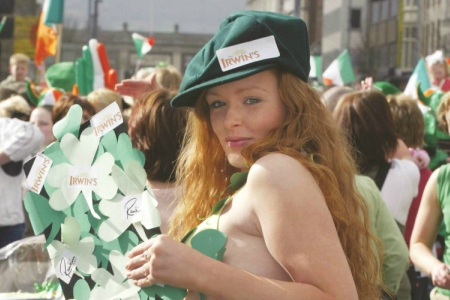 There are St Paddy’s Day parades all over the world and immigrant communities are incredibly country-proud. In Chicago, which has one of the biggest Irish populations in America, they dye the river green, and in New York, the US 69th Infantry leads the procession through the streets, which are lined with hundreds of thousands of revelers.

However, it’s Dublin where the party really sham-rocks. You may not understand a word anyone says (those accents can be tricky) but don’t worry – here, you will be speaking the international language of beer. Aside from Guinness gulping, there will be street theatre galore, music (look out for Kilfenora, a 100-year-old travelling Irish dance band), a boat race, and even an interactive comedy event where the audience texts topics to famous Irish stand-ups on stage.

The Irish are famous for their droll humour so this might be the some of the bestc omedy you’ll ever see.There will also be plenty of traditional food. We’re talking meat and potatoes here, but there’s nothing like a steak and Guinness pie to soak up a hangover – remember hair of the dog and all that. Predictably, hotel prices in Dublin go up during March and the airport reaches standstill at the start and finish of the week, so book plenty in advance and prepare to be patient. Most of the events are free so you’ll mainly be forking out for food and beer. You can buy a ticket that allows you to watch the parade from a seat, but the most fun to be had is out on the streets, soaking up the party atmosphere with the merry crowds.

To find out more, download a copy of our e-Mag or pick up a copy of TNT Magazine on the streets of London. 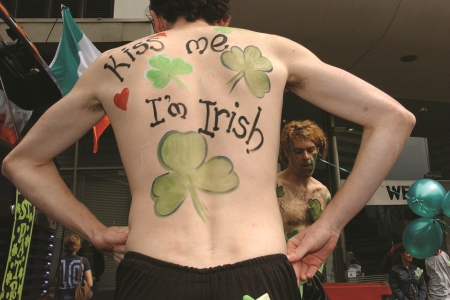