A giant sinkhole appeared on a busy intersection in Guatemala City, brought on by Tropical Storm Agatha.

The Hollywood horror-esque pit, which has swallowed a three-storey building and part of the street, opened up after several days of torrential rain that have left 120 dead throughout the country.

CNN reported residents saying that a poor sewage drainage system was to blame for the sinkhole and that a similar one opened up last year.

Agatha has left 144 people dead and many homeless across Central America in the first storm of the Pacific hurricane season. 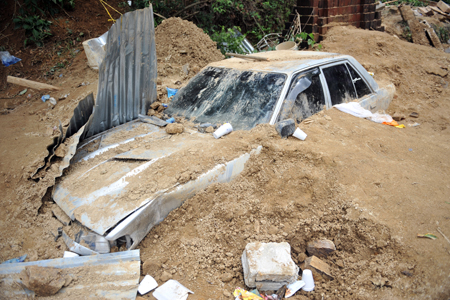