My heart fell as I got off the bus and saw the other two members of our tour group were wearing hobbit cloaks. While I am a massive fan of The Lord of the Rings trilogy, the missus isn’t as passionate and the only way to persuade her to come on the ‘Trails of Middle Earth Tour’ – a full day jaunt taking in film locations and the chance to play with big swords – was that she wouldn’t have to get dressed up in any costumes.

First stop on the trip and my best laid plans were scuppered as the pair’s cloaks swirled conspicuously in the morning wind. “Maybe she won’t see them,” I thought to myself, crossing my fingers. “Are they wearing cloaks?” she said. Rather than reply and face a stare not seen since Sauron’s eye locked onto Frodo as he scaled the mountains of Mordor, I decided to jump into the experience with both feet. 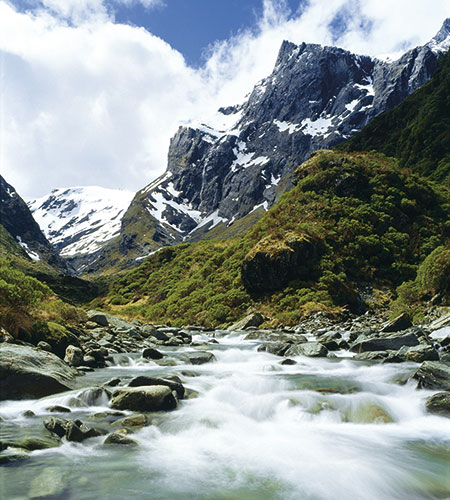 “Excuse me,” I asked the cloaked Americans. “We weren’t given any costumes when we got on the bus. Do we have to ask the driver…?”

“Oh no,” said the ‘hobbit’. “These are our own cloaks. We made the especially for our trip.”

I didn’t know whether to be relieved or more worried. While getting dressed up as film characters isn’t really my thing (Borat mankini on my stag weekend not withstanding), the costumed Yanks perfectly highlighted the passion aroused by Tolkien’s classic trilogy and Peter Jackson’s cinematic treatment of the books. And what better thing to do when in the spiritual home of The Lord of the Rings than take a tour devoted to the trilogy.

Lady Gaga talks to her vagina

Snowing Off: A Guide to the Oz Skifields