Detox in London – the best health bargains in the capital

Need a detox? Here’s what happened when TNT‘s Frankie Mullin had a go at getting healthy in London…

The festival season is over and, fun though it was, I can’t hide from the fact that I’ve treated my body more like a landfill than a temple. So good resolutions start here. No more bleary-eyed Mondays from hell. If this sounds familiar then read on.

Getting the summer’s sins out of my system is bound to hurt, I reckon, and that’s where military training comes in.

British Military Fitness runs training sessions in parks all over the UK. You’re grouped with others of the same fitness level then put through your paces by burly instructors in army fatigues. Classes are mega high-energy and you’ll do more running, squats, push-ups and burpees (don’t ask) than you thought humanly possible.

Personally, I kind of like being motivated (er, shouted at) by the buff instructors. If you’re looking for some serious atonement and fast fitness results, then this is the place.

» British Military Fitness meet in parks all over London (britmilfit.com).
» If you live in East London, check out Army Boot Camp Fitness (armybootcampfitness.co.uk). 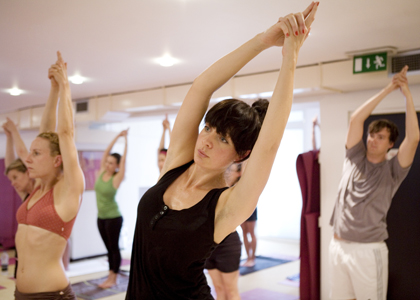 We’re only five minutes into the Bikram Yoga class and I’m already sweating in a shocking manner. Luckily, so is everyone else as the room is 41°C.

Exercising in such heat is challenging but the theory goes that being hot helps you stretch more and prevents injury. Bikram Yoga uses 26 postures thought to bring oxygen to every part of the body, allowing toxins to be released and improving circulation.

I feel amazing by the end of the class and the glow lasts all day. Part of the buzz is thanks to charismatic teacher Anna, who peppers her instructions with feel-good-isms and humour so that there’s none of the yoga-elitism vibe you sometimes get. Just don’t do this one with a hangover.

» Hot Bikram Yoga runs classes in Balham and Fulham. Get 10 consecutive days for £15 when you join up. (hotbikramyoga.co.uk). 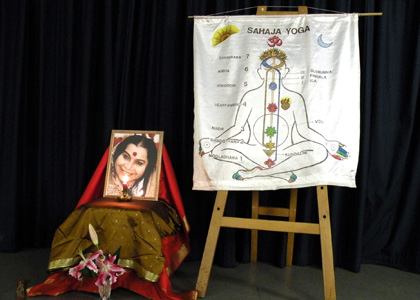 I don’t know what to expect when I shuffle into a dusty room at the back of Leytonstone Library to meet with the Sahaja Meditation group who hold free meetings here. On a stage at the front of the room is a picture of Sahaja founder, Shri Mataji, whose bindi we are told to focus on.

Sahaja Meditation aims to awaken an energy called Kundalini that can be encouraged to rise through your body. I’m sceptical, but trying to clear my usual barrage of thoughts is amazingly rewarding and by the end of the meeting I’m in a better mood than I have been for days.

Meditation doesn’t have to be tied to any particular set of beliefs and trying to chill out is an end in itself as far as I’m concerned, so this gets my thumbs-up for a mental detox.

Acupuncture takes a holistic approach to health, meaning that during your initial consultation you’ll be asked about everything from your moods to your poo. Happily, I love talking about both.

At Bodywise, in Bethnal Green, I lie on a couch as acupuncturist Maggie Bavington places needles at strategic points on my body. Surprisingly, it doesn’t hurt. Lying for 15 minutes as the needles do their stuff, I feel myself relaxing, although I am kind of scared to move.

After my treatment, Maggie tells me I have ‘liver chi stagnation’ and ‘heart fire’. Yikes – that doesn’t sound too good. Acupuncture isn’t something that works as a one-off treatment, so to get yourself some deep-level detoxing you’ll need a course of treatments. 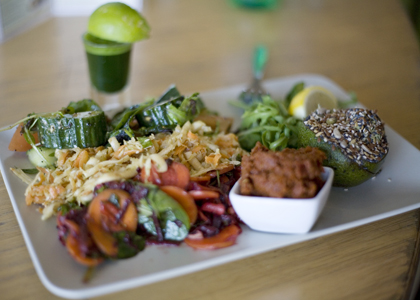 The (maybe) scientific theory behind the raw diet centres on the belief that the most vital enzymes are killed when food is cooked above 44°C. And it’s not all carrot-sticks – burgers, sauces and cakes can all be made without traditional cooking, using dehydration, blending and juicing. Benefits claimed range from better skin to the curing of depression.

I hit the Inspiral Lounge in Camden and feel miraculously less toxic just looking out of the window at the canal and being served by someone with dreadlocks. I order an avocado boat with salad and knock back a shot of wheatgrass. The food’s delicious and I like doing shots of anything, so I’m pretty happy with this stage of my regime.