Discover Moscow in 48 hours: From exploring the Red Square to traditional bathhouses and the Bolshoi Theatre

10:00 But look carefully between the ugly grey buildings and civilian frowns and you’ll find colourful bars, unexpected elegance and even the odd (if infrequent) sunny disposition. First, check in at Pushkin Hostel, a five-minute walk from Red Square. Here, you can bag a dorm bed for £16pn.

11:00 Head straight into the centre of the action at Red Square (Krasnaya pl). At the southern end is photogenic icon St Basil’s Cathedral.

Commissioned in the 16th century by Ivan the Terrible, its colourful domes are said to represent the flame of a bonfire rising into the sky. Be sure to revisit in the evening to see how the colours become more vivid and snag that atmospheric nighttime snap.

11:30 Another essential stop at Red Square is Lenin’s Tomb (Revolyutsii pl; admission free). Queue up at the northwestern corner to file past the revolutionary’s embalmed body, displayed in a glass case. 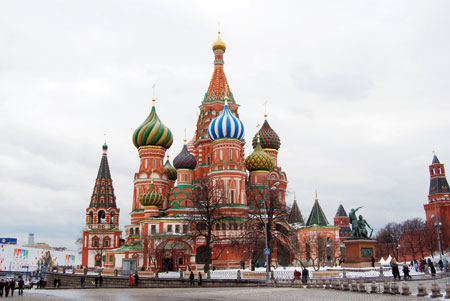 12:30 Now duck into Gum, a glam department store that sports a grand 19th-century facade. Window-shop at its 1000 fancy stores (well, maybe not all of them), then recharge your batteries just around the corner at Bar 1920 , where you can fill up on sandwiches and pasta dishes for under a fiver.

14:30 In most cities you have to work hard to find underground art galleries, but in Moscow you can just buya ticket for the metro and take yourself on a tour of its halls.

The extravagant architecture includes acres of marble and sparkling chandeliers, making it the most sumptuous subway system you’re ever likely to see. Elektrozavodskaya, Kievskaya and Komsomolskaya are most impressive. 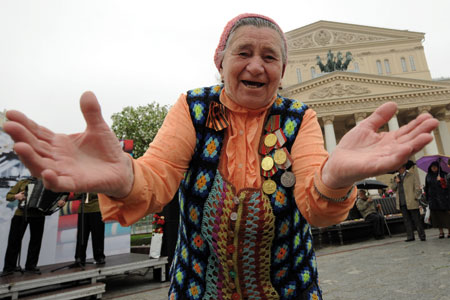 17:00 Head back towards Red Square and the Kremlin to find the Cathedral of Christ the Saviour on the riverbank.

Once upon a time, this gold-domed cathedral was famous for commemorating Russia’s victory over Napoleon, but has gained new notoriety for being where punk band Pussy Riot performed the anti-Putin prayer that landed them in jail.

18:00 It’s been a hard day’s sightseeing. Now sit down and relax with the Moscow hipsters at Kv44, an old-apartment-turned-cheap-bistro where the decor sets you in Soviet-era Moscow and their awesome aubergine cream soup comes in a hollowed-out hunk of bread.

20:00 Start (and possibly end) your night at The Real McCoy, a 24-hour ‘bootlegger’s bar’. It’s the kind of dive that’s custom-made for a disgraceful evening. Try their pint-sized cocktails at about £7 a pop. 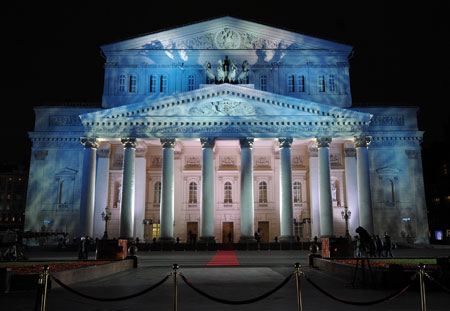 12:00 If it’s warm weather, take your hangover to Gorky Park (ul Krymsky val Park Kultury; entrance £1.60). With a festive vibe and a funfair, it makes a welcome change from the city streets.

Walk by the Moscow River or jump on the ferris wheel. If you’re visiting in winter – go to Gorky Park anyway. It turns into a winter wonderland where you can go cross-country skiing or ice-skating for £2-4 per hour.

14:00  Suitably refreshed, head to nearby Pyatnitskaya Ulitsa, a busy thoroughfare and marketplace. There are loads of restaurants to choose from, but we recommend Yadrena Matrena (Pyatnitskaya Ulitsa 18C1) for a cheap lunch.

This classic Russian hut – with stuffed animals adorning the walls – serves up traditional pancakes with vodka shots for about £4. Go on, try some hair of the dog.

15:00  Now sweat the badness out at a traditional Russian bathhouse. Sandunovskiye Baths (two hours from £11) is Moscow’s most famous.

Tradition dictates that you hot up in the dry sauna, follow that with a stint in the steam room, and finish the circuit by getting beaten with a bundle of twigs. Then repeat until your two hours are up. Good luck! 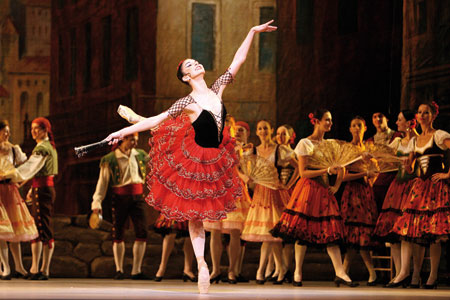 17:00  Undo the good work with a visit to the Vodka History Museum. Learn about the demon drink’s journey through time and its role in Russian society.

A tour with a complimentary shot is £2, and there’s the option to stay on for vodka tastings.

19:00 Check out the quirky Shinok for dinner. It’s decked out like a Ukrainian peasant’s home, and if you see a few farm animals wandering by, it’s not down to the vodka – there’s a yard in the centre of the restaurant that is home to turkeys, a cow and a sheep. Ukrainian fare (borsch, stuffed cabbage) is dished up for about £16.

21:00 If you’re up for a big one, party with the nouveau riche at The Most, co-owned by Roman Abramovich.

Fancy something more cultural? The Bolshoi Theatre is a stunning venue offering world-famous ballet and theatre. Tickets from as little as a fiver.

Return flights from London Heathrow to Moscow, via Geneva, start around £182 with Swiss