Visitors are wilfully awed by epic landscapes as unique beauty is flaunted the world over.

From the red depths of the Grand Canyon to the creaking glaciers of New Zealand’s Fjordland, you might expect Britain’s modest wilderness to be an uneven match for world heavyweights.

But explore the length of this small island (about 600 miles from Land’s End to John O’Groats) and you’ll find rugged peaks, rushing waterfalls and sweeping forests enough to spark flutters in your chest.

Five of Scotland’s six highest peaks are found here and the 4528sqkm of land couldn’t be better suited to outdoors action.

In winter, it’s skiing and husky-sledding; other seasons bring mountain-biking and climbing, kayaking and rafting, river tubing
and zip-lining … the opportunities for adventure are endless.

Thanks to its world-class surrounds, the Cairngorms is home to a committed community of folk who spend their days running amok in the fresh air, and their evenings rewarding these efforts with a few ales and a wee dram in characteristically cosy pubs.

The Cairngorms is a lifestyle as much as it is an amazing photo opportunity – and most who get a taste of Cairngorms life have a tough time trying to leave.

While this national park’s beauty simply cannot be overstated, it has a rich history, too.

Remnants of Celt and Pict settlements from as far back as the 10th century are scattered across its moors and grasslands – and what would a Scot landscape be without a few crumbling castles?

Don’t leave Britain without seeing the Cairngorms – otherwise you’ve not really seen Britain at all. 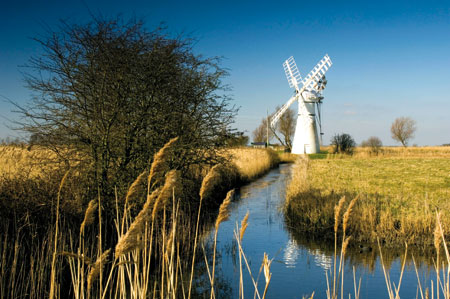 Quaint England at its picture-postcard best, the Norfolk Broads are a collection of placid lakes and rivers, the banks dotted with fairytale windmills and reed beds, all flanked by flat fields of green.

The quintessential setting for a barge holiday, many of the broads are artificial creations, produced when medieval peat beds flooded.

The result is a picturesque network of navigable waterways – and a place on our list. 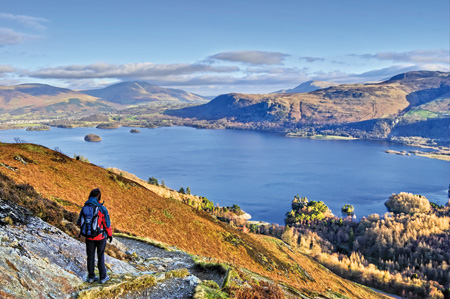 So scenic you actually catch yourself shaking your head in wonderment, don’t miss Catbells fell, the preposterously handsome hills that reflect resplendently in the shallows of Derwent Water. 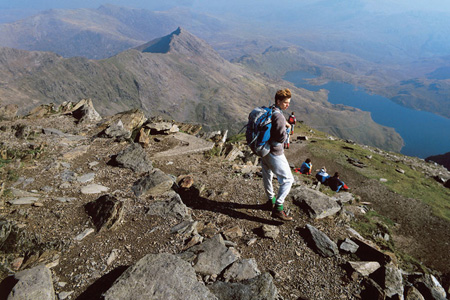 The mountain scenery in Snowdonia, northwest Wales, steals the breath. From the looming might of the Snowdon Massif (at more than 3000ft high), to the isolated serenity of Llyn Llydaw lake (an ice-blue calm amid jagged drama), you’ll be stunned into admiring silence.

While many come to conquer the big one – Snowdon is the highest point in the British Isles outside Scotland – there are lakes, woodlands and valleys to explore if you’ve no head for heights. 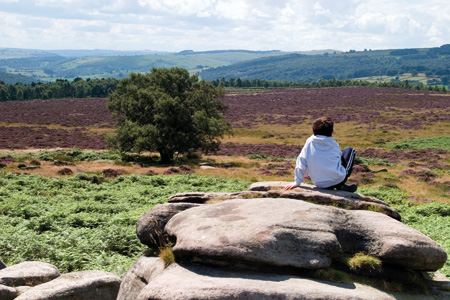 The simple splendour of Derbyshire’s natural wonder is its allure.

This is a beauty without bells and whistles; no highest mountains or longest lakes here. Instead, acres of green hills and valleys spread out in the very definition of English idyll.

Add to this picture caves, cliffs, rivers, and purple-heather-coated moors, and you’ve an adventure playground suited to all. The Peak District isn’t just for looking. Get involved.

NASS Festival releases the first acts for its 2014 line up

London listings: Extreme sports for adrenalin junkies in the city