Down syndrome boy missing in Australia found with family dogs

Riley Martin disappeared from his home at Nambucca Heads at midday on Wednesday.

A NSW police spokeswoman confirmed on Thursday morning Riley had been found.

“He seems okay, he’s just going to be checked over by ambulance officers there,” she told AAP.

Shane Cribb from Mid North Coast Local Area Command told ABC radio “He took three dogs with him and they kept him company throughout the night, which was probably something that kept him with a bit of warmth.”

He was found sitting near the Nambucca boat ramp with one of the dogs by a couple of people from Kempsey, the Nine Network reported. 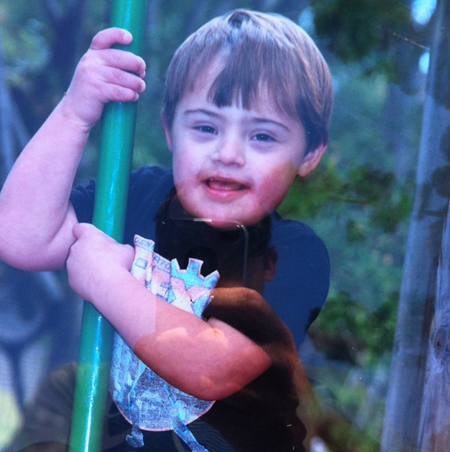 Footage of an emotional reunion showed Riley’s mother, Bianca, grabbing hold of him and collapsing to the ground.

“He’s been through the bush. Those dogs kept him alive. Words can’t describe it,” said Riley’s mother.

Emergency services workers, volunteers and neighbours had been scouring the area around Riley’s home but suspended their search on Wednesday night due to failing light.

Image via AAP and Getty