Dubrovnik – City with a Difference

As more people gather on the city walls to watch our ‘heroics’ there’s no backing out. Egged on by a drunk Irishman (nothing new there) I take the plunge, and holy hell it hurts.

With its old town littered with medieval churches, family-run restaurants and cobbled squares overlooked by cafés, you’d be forgiven for lumping Dubrovnik in with a whole host of charming yet touristy European cities.

But with city walls threading over dramatic cliffs that house a playground of natural diving boards, sunbathing spots and the perfect bars for sundowners, Dubrovnik’s location makes it stand out from the crowd.

Dubrovnik as a whole is a large city that’s home to about 50,000 people, but it’s the old town that everyone comes to see.

It consists of only 824 buildings with narrow alleyways, red-bricked roofs and a smattering of churches all encased by a high city wall.

A walk along these city walls (50 HRK) is a must-do. It takes about two hours and offers unforgettable views over the Adriatic Sea and the old town.

It’s such a romantic spot you may even bear witness to a proposal or two.

There’s no shortage of places to have a drink in Dubrovnik, but one not to miss is Buža II.

It’s a bar hewn out of the cliffs (the name means ‘hole’), with the city wall rising above and amazing views over the sea below.

The original Buža is further east and almost as spectacular – the perfect spot for sunbathing on the rocks, cocktail in hand.

There are also several good bars on the square at the back of the Cathedral of the Assumption of the Virgin. Remarkably for a town that attracts plenty of moneyed tourists, the prices are pretty reasonable.

For a serious adrenaline rush head to Buža II: there are plenty of places for a hair-raising (but safe) jump off the cliffs into the sea. Don’t panic if you’re scared of heights – there are steps to the water’s edge for a more sedate entry.

There are several good (but pebbly) beaches close by, too. Banje is easy to find about 500m west of the old town. Or head 500m west along Od Tabakarije street to the secluded Šuli´ci, or another 400m through Gradac Park to the more exposed Danˇce beach.

If you’ve arrived on the Dalmatian Coast from the elsewhere in Eastern Europe – where meals are often heavy and stodgy – the food will come as something of a surprise.

Dubrovnik’s cuisine has a noticeable Italian influence: risotto and pizza are local favourites, while olive oil and garlic feature heavily.

Thanks to its location, the seafood is also unbeatable. As soon as you see the crystal-clear water along the coast it’s easy to see why.

» Daniel Landon travelled with Sail Croatia Adventures on a one-week Navigator Cruise between Split and Dubrovnik (for 21-35s). Prices from £306

It’s been on the Unesco World Heritage list since 1979, but that didn’t stop the Yugoslav military laying siege to Dubrovnik from October 1991 to May 1992.

The city was extensively damaged by shelling – causing outrage around the world – but has since been sympathetically restored.

The Memorial Room of Dubrovnik Defenders, in the north-east corner of Luza Square, is a small but moving reminder of a time when it was anything but one of the world’s most beautiful cities.

There’s footage of the conflict and images of the more than 200 sailors, soldiers and police who died defending the city during Croatia’s war of independence. 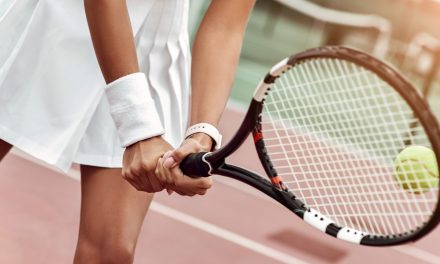