Hitting the east coast of Australia is  quintessential to your backpacking adventure in Oz. If you don’t have a lot of time while you’re here, we recommend following the weathered trail, it’s a tried and tested journey, kind of like the yellow brick road for travellers. You know, because it’s all about the journey and the people you meet along the way, and yes, the places aren’t bad either.

The easiest way is to get yourself a hop-on, hop-off pass and make your way up from Sydney (or you can choose Melbourne, even Adelaide). That way you have some flexibility and freedom, just in case you get stuck in say, Byron Bay, and have no concept of time because you’ve thrown caution (and calendars) to the wind. Most passes are valid for 12 months, just so you know. Some of them include surf lessons, sugarcane farm trips and more. It’s all about catering it to your own desires, needs and budget.

You’re going to make a lot of new friends on your adventure, well I hope you do because you’re going to spend a lot of time on the road with them, crammed into a bus or van or 4WD. These are the relationships that last a lifetime, because nothing says friendship like watching out for snakes while your new mate takes a dump in the bush. Or the bonding experience of entering a wet T-shirt competition in Cairns

You’re also going to make another friend, and that friend’s name is Goon. This mate is your cheap whorish friend who will get you shit-faced every night and also provide you with an inflatable pillow for you to pass out on. You’ll most likely be having a love-hate relationship with the cheap boxed wine.

But the east coast of Australia isn’t just endless white beaches and games of Goon-O-Fortune (a must-do drinking game), it can be as varied as the accents on your bus. From seeing the world from above by skydiving onto Mission Beach or discovering the history of the Town of 1770 where Captain Cook landed in the year… yep, 1770. That piece of history is for free. The rest you have to discover yourself.

But just so you have some background, in no particular order, here’s a few of our favourite things about the east coast… 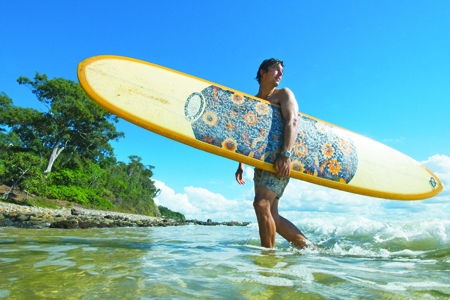 Beyond Cooktown lies the remote Cape York Peninsula, at the northernmost tip of Australia (only 150km from Papua New Guinea). It is still one of the wildest and least populated parts of Oz. Unsealed roads, river crossings and crocs make the adventure one of the best roadtrips Down Under. Just don’t even think about it without a 4WD. If you’re not too sure about your skills, jump on a tour from Cairns.

Talking of party towns, this place is king. If there wasn’t enough going on with the rainforests, reef and more in touching distance, it seems this small city wants to celebrate its wonderful location by getting bladdered every night. Please check your dignity in at the door…

Along with the reef and Fraser, these are a member of Queensland’s Big Three. They’re as beautiful as all those postcards. Just jump on a boat and go there. You’ll make all your friends jealous.

When heading up or down the east coast you’re going to be subjected to some of the most beautiful crystal clear water you’ve ever seen. Oh and a World Heritage-listed reef. So take advantage of both by learning to dive. If you’re further south, you can easily find a scuba school in Sydney but if you want some Great Barrier action you’re going to have to wait till you get to Queensland. There’s 2,000km of it so don’t worry, you’re not going to miss it. A great variation on reef diving is checking out the Yongala wreck off of Townsville. It’s rated as the best wreck dive in Australia and people say you will see more marine life in one dive here than you would in 12 further north. 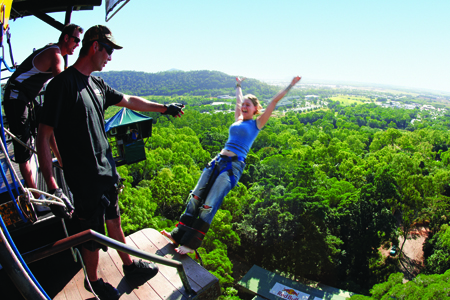 The AJ Hackett site near Cairns is one of the only places in Oz where you can bungy. It’s also very pretty. If you don’t fancy being attached to a rubber chord then perhaps skydiving is your thing. Offered at all the main hubs along the east coast, it makes you feel invincible, scares the living shit out of you and offers incredible views in the process. What’s not to like? Want something a bit more surreal? Try zorbing on the Gold Coast – you’re basically thrown down a hill inside a big ball.

Whitewater rafting is a knuckle-whitening ride that’s all for real. The Tully River, accessed from Mission Beach and Cairns, is the most popular place to get wet. Mission Beach itself is another underrated gem, a great place to detox after (or before) Cairns, with snorkelling, diving, skydiving and rainforest walks all available.

Noosa, from an Aboriginal word meaning ‘place of many trees,’ is the place to be at any time of the year. The sunny climate and warm locals make relaxing a very easy option. Some must-dos are the Noosa National Park, shopping along Hastings St, tours around the nearby Fraser Island, surfing, horseback riding, jetskiing, kite surfing, kayaking, biking and parachuting. Noosa is also a backpacker’s delight with well-priced resorts, a bustling nightlife and loads of bars and live music. The national parks in Noosa are second to none, with hidden beaches, breathtaking lookouts and secluded bays. 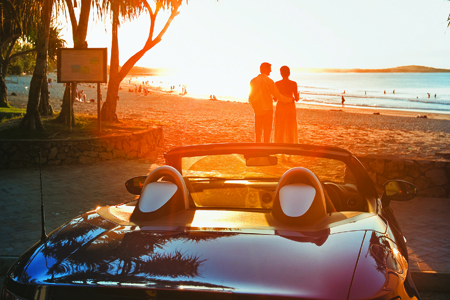 Where do we start with Sydney? There’s a fair chance you arrived or will leave from here but make sure you allow yourself a few days to make the most of it. The walk from Bondi to Coogee, along plunging cliff tops, above crashing waves and onto cute uncrowded beaches, is arguably the Sydney experience. For the happy snaps of world famous monuments, take a stroll round to Mrs Macquarie’s Point for the best views. After that, jump on a ferry to Manly before heading back to hit “The Cross”.

There are simply too many stunning blobs of land off the coast to list here. But our favourites include: Hinchinbrook is the wilderness walkers’ paradise; Fitzroy is great for partying; Magnetic is the sunniest; Moreton is sand-tastic, Great Keppel… Not so much.

You can quite easily party your way up the entire east coast. Sometimes it feels like Australia’s right side invented decadence – every backpacker-friendly town has wild parties every night of the week. It hurts, but we keep going back for more. Airlie Beach is one place not to miss.

Life’s a beach. Surf it!

The east coast is packed with incredible, irresistible, insanely gorgeous beaches – they’re everywhere. The most famous being Whitehaven in the Whitsundays, which is so unbelievably picture-perfect you’ll find yourself yearning for a Bounty bar, even if you hate coconuts. Southern Queensland is, in more ways than one, Surfers Paradise. The reef puts a stop to the waves at Bundaberg, but until then, learning to surf is the most fun you can have with (some of) your clothes on. In Sydney, Manly is the perfect place to give it a try. 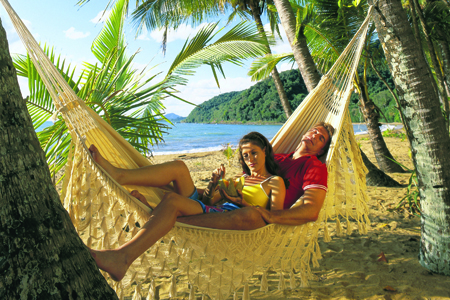 A perennial fave, nothing quite beats the world’s largest sand island in a 4WD. The inland lakes are also some of the best swimming spots you’re likely to find in Oz. Driving up the beach and through the subtropical rainforest is an unforgettable experience. Another little secret for you. A base for Fraser Island sure, but there’s a fair bit to see and do in Rainbow Beach too. Bizarre multi-coloured cliffs, friendly locals, spectacular coastal scenery, Great Sandy National Park, lovely beaches… A wonderful little escape from the east coast carousel and worth a few days.

No clubbing these rocks

Seal Rock is a quiet coastal town in the mid-north of NSW and was named after a colony of fur seals. Unfortunately, the colony was lost, but the town name remained the same. Famous for surfing beaches and lighthouses, Seal Rocks is primarily a fishing area, with loads of small town charm.

Newcastle is a one-time industrial powerhouse that has transformed into a laidback and sophisticated surf hotspot that boasts more artists per capita than anywhere else in Oz. Lonely Planet even named it as one of the world’s top cities!

Until recently the thoroughly lovely twin coastal towns of Agnes Water and Town of 1770 were off the beaten track, a wonderful secret for those in the know. But the cat’s been let out of the bag. Surrounded by inviting national park, the area offers delightful beaches, turtle watching and access to reef islands. The area is also a great spot to learn to dive and/or surf – the last bit of surf heading north – or even for motorbike tours around town. And the towns are bathed in that infectious laidback feel – a taste of old skool Queensland. It’s also the closest point to access to the Southern Great Barrier Reef. Dive straight in!