Doctor Who actress Elisabeth Sladen – who played companion Sarah Jane Smith – has died of cancer at the age of 63. Celebrities including Stephen Fry have paid tribute.

Sladen, who joined Doctor Who in 1973 and stayed for a decade, gained a huge following as the Doctor’s companion, Sarah Jane Smith.

In 2007 Sladen was given her own spin-off series, The Sarah Jane Adventures, cementing her cult status with Doctor Who fans worldwide. 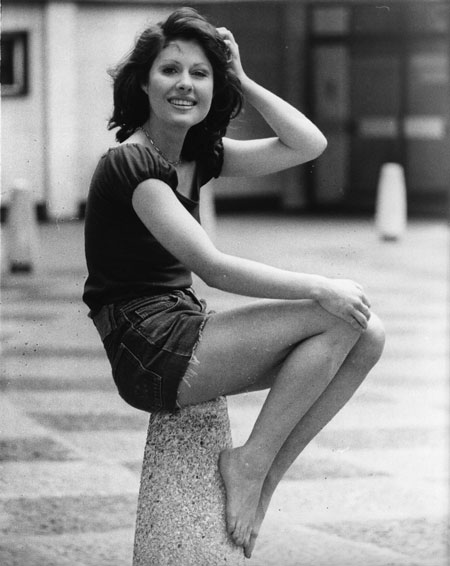 Elisabeth Sladen in 1973, after she was chosen to play the new Doctor Who companion.

Sladen played Sarah Jane Smith throughout five incarnations of Doctor Who, including Jon Pertwee, the third doctor, and his successor Tom Baker.

Stephen Fry today paid his respects to the Doctor Who star, writing on Twitter: “What terribly sad news about Elisabeth Sladen – her Sarah Jane was part of my childhood. Deepest sympathy to her family.”

“I knew in all my heart, and what every Doctor Who fan knew, there was this great, great woman and a great actor that was sitting there not working.

“She then turned out to be such good company and cheeky and so much fun and of course, utterly unchanged by time, she was such a beautiful woman,” he said. 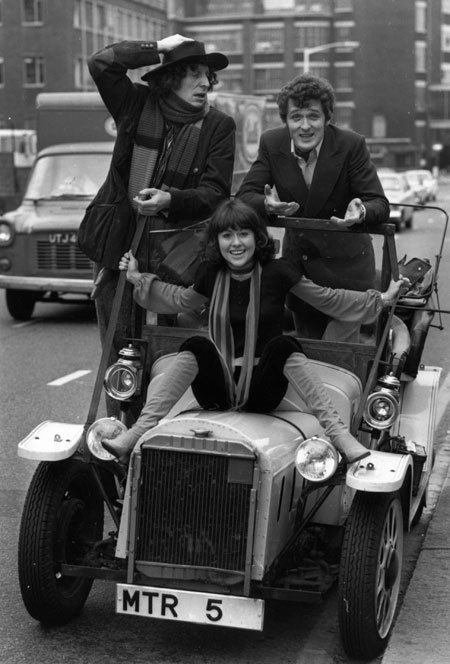 The cast of Doctor Who in 1974. Tom Baker, Elisabeth Sladen and Ian Haster pose in the doctor’s car.

“There are a blessed few who can carry a whole television show on their talent and charisma – but I can’t think of one other who’s done it quite so politely. I once showed my son Joshua an old episode of Doctor Who, in which Lis appeared. ‘But that’s Sarah Jane,’ he said, confused ‘In old Doctor Who. From years ago. How come she always look exactly the same?’

“It’s not a comfort today, of course, but children will still be saying that 50 years from now.” 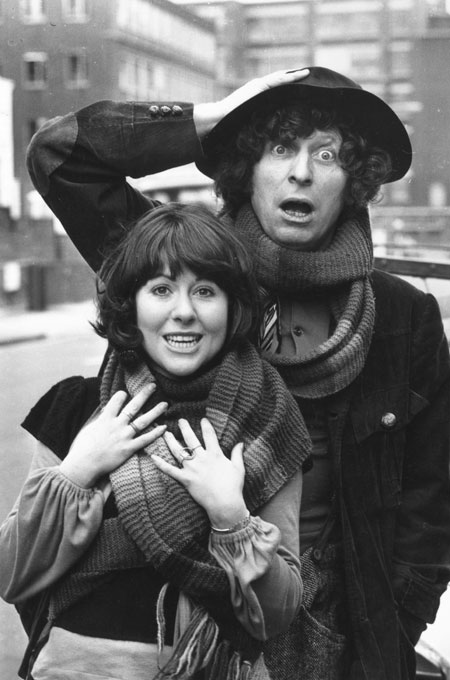 Elisabeth Sladen and then Doctor, Tom Baker, in 1974.

Sladen was born in Liverpool in 1948. She was acting from a  young age and made her first film appearance in 1965 film Ferry Cross the Mersey as an extra.

She joined the Doctor Who series as the Doctor’s fourth companion.

Sladen is survived by her actor husband of 42 years, Brian Miller, and their actress daughter Sadie. It had not been public knowledge that she was battling cancer.

Watch Elisabeth Sladen as Sarah Jane Smith in Doctor Who, with Tom Baker.

Panic in Moscow over ‘zombie’ pigeons