End of the line: We farewell the Sydney Monorail in style

The Sydney monorail has now taken its last 3.6 kilometre journey around Sydney’s CBD.

The grand opening in 1988, I understand, was as underwhelming as it was successful.

Too short to be of much practical use, too expensive to be convenient and too cramped to be comfortable, it seems the slightly Ill-conceived monorail was never going to be as successful as the people behind this private venture originally hoped.

However the Farewell Monorail Tour put on by the City of Sydney Council made the most of Sydney’s natural charm, showcasing some of the more over-looked aspects of the dense and varied CBD.

Starting in the ornate opulence of Marble Bar on George Street, knocking back a good selection of local craft beers, our tour begins.

First stop is Darling Harbour – a swift commute of less than four minutes. On arrival we take a stroll to Helm Bar and whet our whistles with views of Sydney’s glinting harbour.

After a very short journey to the other side of Pyrmont Bridge, we arrive at Harbourside, where the Hard Rock Cafe provides a typical blend of music, style and cocktails.

Less known, perhaps, is San Churro. If you’ve never had churro I recommend them – a kind of Mexican donut with range of decadent sauces. 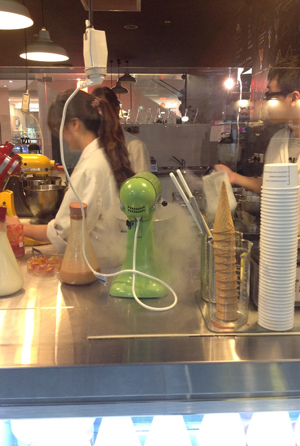 Moving on to my favourite part of the tour, we step off at Paddy’s Market to try ice cream made with liquid nitrogen at Extreme Gelato.

Wonderfully smooth, sweet and delicious, this ice cream parlour on Dixon Street uses the science of gastronomy to great effect.

We near the end of our monorail adventure and board one final time and head to our last destination – South Styne. This luxurious, turn-of-the-century ferry has been renovated to its former glory. Built by the same company which constructed the Titanic, it was the perfect place to reflect on the Ill-fated transportation venture.

The monorail has gone and probably won’t be missed by the majority of people, however the heart of the city still has some great lesser-known attractions which are sure to impress you.