Ross Barkley, Raheem Sterling, Jordan Henderson and Luke Shaw’s form in the Premier League was too good to ignore as the England boss gave them the nod to their country’s case at the World Cup.

Just six of the squad have been to a World Cup before, but Hodgson believes he’s got the balance right.

Up front likely starters Wayne Rooney and Daniel Sturridge are backed up by Rickie Lambert and Danny Welbeck, leaving Andy Carroll and Jermaine Defoe on stand-by.

Captain Steven Gerrard leads the midfield with fellow veterans Frank Lampard, who will be 36 during the tournament, and James Milner, but it’s the youth that dominate the squad with Barkley, Henderson, Lallana and Sterling.

Arsenal’s Jack Wilshere and Alex Oxlade-Chamberlain also got their ticket despite only recent returns from injury. Tom Cleverley is on the stand-by list. 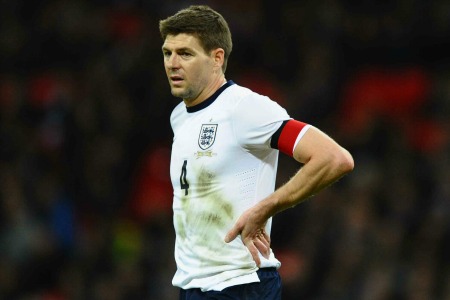 At the back Leighton Baines goes as the first-choice left-back, with Shaw chosen ahead of Ashley Cole as his understudy, a decision that led the Chelsea star to retire from international football. Glen Johnson will start at right back while centrally Hodgson has a choice of Gary Cahill, Phil Jagielka, Phil Jones and Chris Smalling, who can also play out wide.

Maybe the most straight-forward choice was in goal, with Joe Hart the number one with Ben Foster and Fraser Forster included ahead of John Ruddy, who’s on the stand-by list.

The squad heads to Portugal for a camp from May 19-23, with youngsters John Stones and Jon Flanagan also going along.

Hodgson says Stones will replace Jones if he’s not convinced by his fitness in the lead-up.

Despite the lack of age in the squad, Hodgson said there was no view to handing out experience for future tournaments. “They are there because they deserve to be there,” he says.

On taking the likes of Shaw and Sterling, he said there were some tough calls to make. 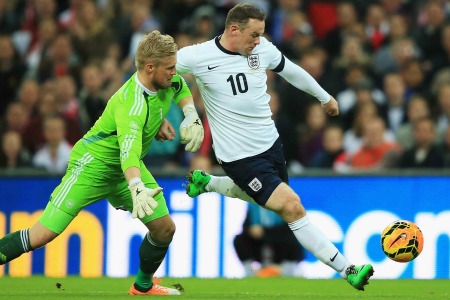 “They have imposed themselves and imposed their ability in my thinking. If I picked my squad in October after the last two World Cup qualifiers, then it might have looked different,” he said.

“I can’t ignore what people are doing on a week to week basis. In October, I’m not sure Raheem Sterling was getting the game time or making the impact he has had in recent months.”

Lampard was a potentially controversial choice, but the former skipper remains an important fixture in the squad says Hodgson.

“You can’t compare players in terms of age but in terms of position and what they bring to the team. He still plays a very important role in his club side and his leadership qualities and ability as a player means he fully justifies his position.”
Hodgson commended Cole for the way he handled his axing from the squad, but wouldn’t divulge whether or not he would have included him on the stand-by list as back-up for Baines.

“I have been unbelievably impressed by the maturity and graciousness that Ashley Cole has shown,” he said, adding delivering the news was tough.

Above all, Hodgson believes he has the players to challenge for the Cup in Brazil: “We shouldn’t get hung up on fact that there are youngsters in the squad. I’m not taking anyone purely for the experience.

“Do I believe the squad can win the World Cup? Yes, otherwise what is the point of taking a squad to the World Cup. But they are empty words as, if you ask other coaches, they will say the same.”

Wrap up warm with Rohan

Other traveller reviews on Malawi