As well as Ashton under Hill in Worcestershire, Ashton Hayes in Cheshire, Ashton Keynes in Wiltshire, and Ashton in South in Northamptonshire were all targeted in the takeover, which included changing town signs, village shop names, and even beer taps in pubs. 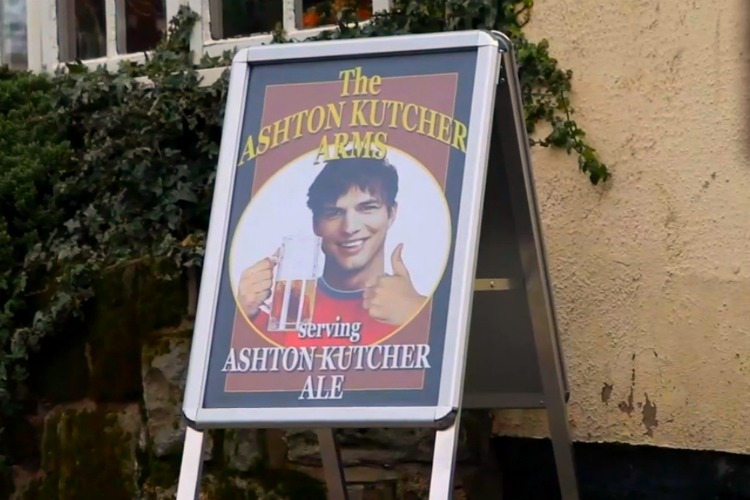 A young female villager in the viral video (see below) said “I think it’s amazing, it’ll really put Ashton on the map”

One elderly lady interviewed for the stunt says “I’ve been a resident here for 35 years, never heard of Ashton Ku…Kushner, never heard of two point five men, don’t know who they are.”

In a mass pranking which brings to mind the Kutcher-fronted MTV show Punk’d, in which the star tricked Hollywood stars in Candid Camera-style embarrassing situations, the villages were swiftly covered in signs by workmen giving them a thorough and hilarious renaming.

“It seems the UK has been gripped by a kind of mania for Ashton Kutcher. The stunt was genuinely meant in good humour and if any of the locals were amused, bemused or in any way inconvenienced I’ll stand them a drink at the Ashton Kutcher Arms,” said the Comedy Central channel’s spokesman Bill Griffin.