When a former tournament winner and three-time British and Irish Lions tourist calls it “the weekend of the year I most look forward to”, you need to clear your schedule and plant yourself in front of a TV with Sky – better still, snaffle tickets to the two matches in London.

Local clubs Saracens and Harlequins are two of the form sides in the competition so far, having earned home quarters by comfortably topping their respective pools.

But as says Ieuan Evans, Wales legend and Cup winner in 1998 when his Bath side beat France’s Brive in a 19-18 thriller, every one match from here on is a clash of titans.

“You don’t get to this stage in the competition without having great depth and talent in your team,” says Evans, one of Sky Sports’ expert analysts. “These are eight quality sides, and every one of them deserves to be there.” 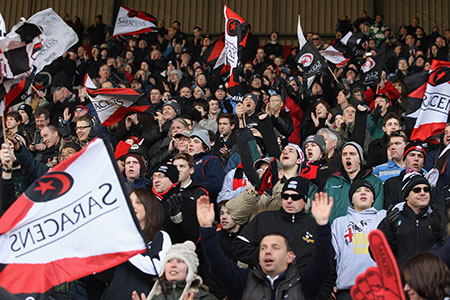 Hardly stretched, north London-based Sarries thrived in the absence of their top internationals during the Six Nations, and were on fire last week when they beat Harlequins to cement their lead at the top of the Aviva Premiership. It shows Evans they’re ready for success at this level.

“Reintegrating international players into the club structures is a key factor, and Saracens have handled that better than anyone,” Evans says.

“They’ve spent a lot [of money] and that’s borne fruit. They have great depth and are playing some terrific stuff. Impressively, it’s the young players that are driving it.”

Last year’s losing finalists, Belfast-based Ulster, won 13 straight games in all comps last year until their first loss to Northampton in the pools of the Cup. No longer top of the RaboDirect PRO12 standings, they’ve won just twice in 2013.

“Ulster have been hit with injuries, but with a full deck of cards they’re another formidable side,” Evans says. “They lost their way at the back end but the return of Jared Payne and Johann Muller will be significant.” 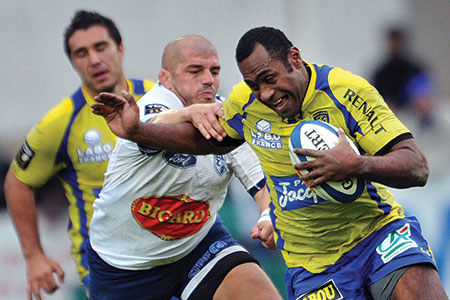 Clermont dominated a tough pool, which included last year’s champions Leinster, to go through undefeated. For Evans, this is one of the toughest road trips in rugby.

“They have a staggering home record,” he says. “But Montpellier were wonderful in the closing group stages.”Tragedy struck the visitors in January when coach Eric Bechu lost a long battle with cancer.

“They seem to have been inspired by that though, but they go into this huge underdogs,” Evans adds. “Clermont are easily one of the most impressive teams. They have the best squad, so much money, and they’ve used it well.” 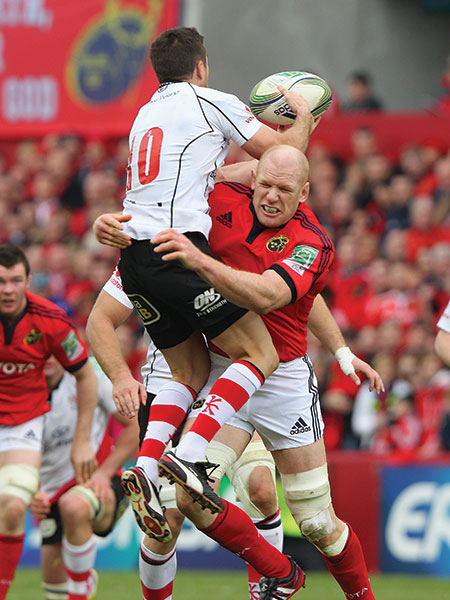 O’Connell’s return is huge for Munster

Southern Ireland’s Red Army has dominated this match-up in the past, with five wins from their six Cup meetings. But they’ll come to the Stoop as underdogs against Quins, who were one of two undefeated teams in the group stage.

“Quins play a particular brand of rugby, quite different to England, which makes it harder for their internationals to integrate back in,” Evans explains.

“They rely on their pace and accuracy and won’t change that philosophy.” For Munster, it’s simple. “They have to try and stop them, their momentum and fluidity, led by the eight, nine and 10 access with Danny Care, Nick Evans and Nick Easter.

“They’ll have to stop Quins’ off-loading game like Saracens did. If Quins get going, they’re an irresistible force. Munster have been playing a more open game, very unlike a traditional Munster side, by keeping the ball in hand more, and they’ve struggled with it.”

Big news for Munster is the return of Irish man mountain Paul O’Connell to match up with Quins’ Welshman Olly Kohn.

“He’s their spiritual leader, a Lions captain, inspirational on the field. He’s so important to them,” Evans says. 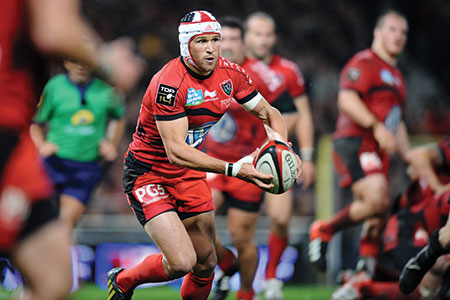 Former Reds and Wallabies flanker Elsom’s last stint in Europe was at Leinster in 2008-09 and he was a key figure in the Dublin club’s first Heineken Cup victory.

“It’s been 20 years since Toulon won something,” Evans says of the Top 14 leaders, whose last silverware was the French title in 1992.

“The pressure will be building on them and will grow as the competition goes on. They impressed in the group stages but the knockouts are a different prospect.”

The Tigers scraped in ahead of Toulouse to top their pool, but still missed out on a home knockout match on points. Their forwards will be key to their chances here. “The club’s been there and won it before,” Evans says.

“The thing you have to do against these quality French sides is match up in the forwards. The Tigers can do that.” 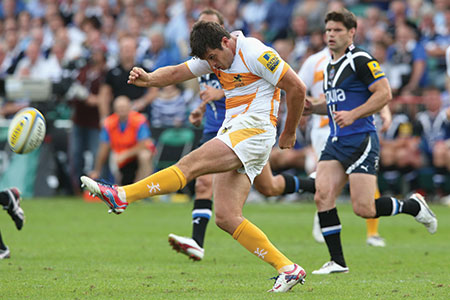 Just as the Champions League has the Europa League second-tier competition, Heineken Cup has the Amlin Challenge Cup, which is also in its quarters this week.

The quirk in this tournament is that it’s open to clubs in all European rugby-playing countries, although only English, French and Irish clubs remain at this stage.

One enticing clash in the knockout round is London Wasps, who were scratchy but went through the group stage undefeated, and last year’s Heineken Cup winners Leinster.

More representatives from the south of France, Perpignan and Toulouse, will clash on Friday at 8pm.

In the final match, rampant Bath, who won all six pool games, host Stade Francais on Saturday at 1pm.

All Heineken Cup and Amlin Challenge Cup quarter finals are scheduled to air on Sky Sports.

How to Save Money On Your Trip to Paris