Overall: Their roster is loaded with attacking threats – Roman Pavlyuchenko and Andrei Arshavin will be familiar to Londoners after stints with Tottenham and Arsenal respectively. And Pavel Pogrebnyak has already established himself as a cult figure at Fulham after scoring five goals in his first three games. You’d back them to go through from this softish group.
Key player: Aleksandr Kerzhakov – the Zenit St Petersburg striker, known as The Tsar, has had a troubled relationship with the national side, having been left out of Guus Hiddink’s national squad four years ago. But a return to Zenit, after stints with Sevilla and Dynamo Moscow, has paid dividends, Kerzhakov’s past two seasons allowing him to force his way back into the Russian side.

Overall: There was a time, six or seven years ago, when the Czech Republic were among the world’s top sides, forging to a historic high of second in Fifa’s rankings. But performances have dropped off since then and the Czech Republic, while a decent chance of progressing from a weak group, have failed to capitalise.
Key player: Petr Cech – fresh from Chelsea’s remarkable Champions League-winning campaign, the towering, long-limbed keeper will be expected to anchor his country’s defence. And, given that a scoreless draw against Russia could ensure qualification, defence will be a priority.

Overall: Appearing at their second Euros, Poland qualified automatically as hosts and, although the advantage of playing at home will boost their confidence, they’ll need to start with a win over Greece and then hope they can outdo the Czech Republic. They’ll need Arsenal’s Wojciech Szczesny to stand up in goals.
Key player: Robert Lewandowski – the 23-year-old striker had a breakout season in the Bundesliga, where he was the top goal-scorer for eventual champions Borussia Dortmund. His understanding with Jakub Blaszczykowski, Poland’s captain, will be vital to the team’s prospects.

Overall: Somehow, remarkably, they won the Euros in 2004 soit’s unwise to write Greece off completely. Like many of the smaller football nations, they have few players running around in the top leagues but reap the rewards of combinations that play together regularly. Still, it would be a surprise if Greece made it past the group stage.
Key player: Avraam Papadopoulos – the central defender for Olympiacos, who have won seven of the last eight Greek titles, Papadopoulos was voted the Greek footballer of the year in 2011. And he’ll need to live up to that billing if Greece are to shut out the dangerous opportunistic forwards in this group. 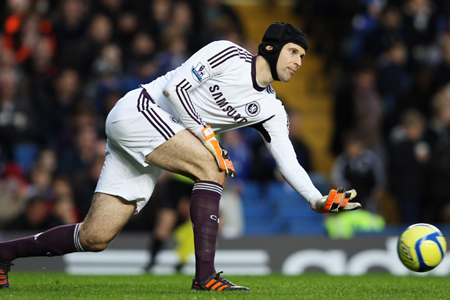 Overall: Better than anyone, the Germans seem to understand how to peak for big tournaments. They were runners-up at the Euros four years ago and consistently figure in the final matches of World Cups. Under manager Joachim Low, this German side plays a more free-flowing, attractive brand of football that relies on a couple of stars up front but a spread of contributors through the middle.
Key player: Mario Gomez – It will be fascinating to see how Low structures his attack, which will boast some combination of Miroslav Klose and Cacau playing second-fiddle to Gomez, who scored 41 goals from 52 appearances for Bayern Munich in the past season and was second only to Lionel Messi for goals during the Champions League.

Overall: Their group-stage clash with Germany will be the pick of the early exchanges, the Netherlands boasting their own battery of superstars through the engine room – Wesley Sneijder, Rafael van der Vaart, Mark van Bommel and Arjen Robben are a genuinely elite group. The Dutchmen should go through and could go all the way.
Key player: Robin van Persie – After singlehandedly keeping Arsenal’s head above water over the past year or so, Van Persie will enjoy a bit more support from the likes of Klaas-Jan Huntelaar and Dirk Kuyt. Still, if the Netherlands find themselves searching for a goal, Van Persie is the man most likely.

Overall: For the relative minnow of the group, their victory in this tournament in 1992 is a distant memory. Of course, it is not disastrous for Denmark, who remain a positive, well-organised outfit who must be considered at least an outside chance of upsetting a more fancied opponent. The big question mark is over their attacking options.
Key player: Daniel Agger – The national captain, who runs around for Liverpool, is one of Denmark’s few players with big-league experience and, given he lines up at centre-back, will be doubly important if Denmark are to keep their heads and system against sides who will otherwise open them up.

Overall: Despite producing some of the world’s top footballers, Portugal have never been able to truly deliver at the big tournaments – they made the final of the Euros in 2004 but suffered a shock loss to Greece. They don’t have the depth of the other powerhouses – whereas Germany or Spain have whole rotations, Portugal fall away.
Key player: Cristiano Ronaldo – If Portugal are to surprise, Ronaldo will need to carry the torch and probably kick the majority of their goals. He was incredible when playing for Manchester United and has arguably gone up an extra gear since leaving to join Real Madrid in 2009. 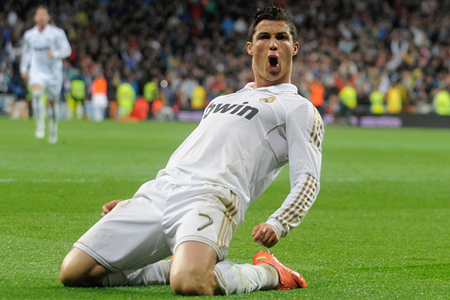 Overall: There was a time when Spain were one of the great under-achievers, blessed with all the talent but unable to pull it all together when it mattered most. That ship has long ago sailed, though, and Spain now occupy rarefied territory, playing spectacular, irresistible football and it would be an historic boilover if Spain somehow went under in the group stage.
Key player: Andres Iniesta – You could pick any one of half a dozen players, such is the star quality of the Spanish side. Just look at the midfield, already blessed with the gifts of Cesc Fabregas, Xavi Hernandez and Juan Mata. But Iniesta is the stand-out, not for his flamboyance or even necessarily for his creativity but for sheer industry.

Overall: The Azzuri have fallen of their perch in recent years – they won a World Cup in 2006 and were the world’s top-ranked football nation but the production line of world-beating talent has dried up, exemplified by the slide to a ranking of 16th. Still, they remain a dark horse and could easily make it through to the last four.
Key player: Mario Balotelli – His time at Manchester City has cemented his status as one of the most eccentric, brilliant young players – what are the odds of Balotelli going to the next level while Europe is watching? Probably about the same as him having a shocker and sulking about it for three months.

Overall: Back in the Euros for the first time since 1988, Ireland are enjoying a renaissance under Italian coach Giovanni Trapattoni – they were memorably robbed of a spot in the last World Cup by a Thierry Henry handball. They’ve been consistently competitive but will struggle to progress beyond their group here.
Key player: Shay Given – Part of Ireland’s resurgence has been their ability to restrict opponents’ scoring  – there have been few blow-outs in recent years and that owes in no small measure to the presence of Shay Given, one of the finest keepers in the Premier League, in goals.

Overall: It’s tricky to get a read on Croatia ­– they’ve been up and down internationally in recent times, and disastrously failed to qualify for the last World Cup. They’ve got a stack of players in the top leagues, though, but progress through the group stage will depend on whether they gel well enough to roll Italy.
Key player: Luka Modric – A midfielder with a nose for goals, he’s been a wonderful player for Tottenham over the past few years, although Spurs fans probably don’t appreciate his repeated attempts to leave the club. Looms as the player most likely to bob up for a crucial goal. 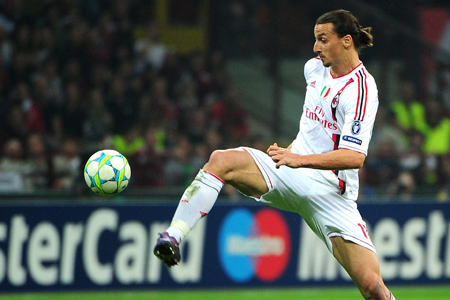 Overall: They’ll be without Wayne Rooney for the first two matches and English supporters will be hoping desperately that his absence doesn’t open the door for Sweden to give them a nasty surprise. England have enough good players with top-line experience to make the semi-finals but that’s the best-case scenario.
Key player: Steven Gerrard – He’s never been at his best at international level, often finding himself playing a compromised role in order to squeeze Frank Lampard into the same midfield. Finally, after an absurd merry-go-round with the England captaincy, Gerrard wears the armband – he needs to become the same talisman for England he has been for Liverpool.

Overall: It’s their first appearance at the Euros, having qualified automatically as hosts and, to put it bluntly, it would be a real surprise if they come away with a single point. They may fancy themselves against Sweden but could be on the receiving end of hidings against England and France. Making up the numbers.
Key player: Yevhen Konoplyanka – The Ukrainian side is loaded with experienced campaigners like Andriy Shevchenko and Anatoliy Tymoshchuk but the sun is setting on those players. Konoplyanka is a 22-year-old midfielder who has drawn comparisons to Lionel Messi for his nimble, fleet-footed style.

Overall: There aren’t too many big names in the Swedish squad but nor will they be cowed by facing England or France. The Swedish style is, of course, to play no-nonsense, efficient football, which, if they take their chances, could be enough to give their more-fancied opponents some uncomfortable moments.
Key player: Zlatan Ibrahimovic – He’s the captain and the big dog in the Swedish attack, having played for Internazionale, Barcelona and AC Milan over the years. If Sweden are to cause an upset, it will likely require Ibrahimovic getting on the end of a couple of balls into the box.

Overall: This tournament will reveal whether France has pieced itself back together after its dramatic implosion at the 2010 World Cup and whether they again deserve to be deemed contenders after the years in the wilderness following Zinedine Zidane’s retirement. There’s enough talent – do they have the commitment to the cause?
Key player: Franck Ribéry – The Bayern Munich midfielder will be the one who gets France going and his ability to beat opponents one-on-one will inevitably create chances. If he is able to combine with midfield partner Samir Nasri and striker Karim Benzema, France could once again be dangerous.

Brits say term time holiday takers should not be criminalised

AFL’s 2012 season concludes this Saturday: Here are this year’s highs and lows