An extremely rare giant tortoise by the name of Lonesome George, who was the last of his kind, has died at his home in Galapagos National Park.

George had lived to the grand old age of an estimate 100 years but despite encouragement from his keepers at the park failed to mate to continue his rarefied bloodline.

The huge Pinta Island tortoise was said to have died fairly young as the species is known to live for nearly 200 years. He was found by his keep Fausto Llerena, who had looked after him for 40 years. 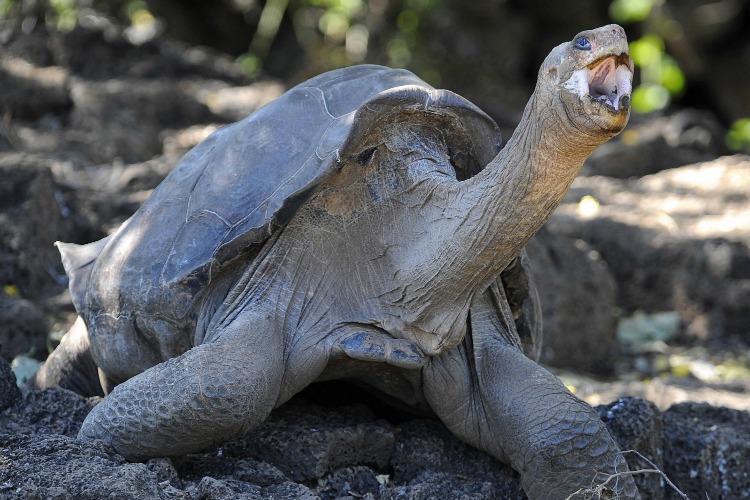 George, possibly giving a shout out for some suitable mating companions

According to the BBC, George was first discovered in 1972 by scientists from Hungary. His subspecies, Chelonoidis nigra abingdoni, was already believed to have been extinct.

George was an iconic symbol of the Galapagos Islands and a popular attraction for tourists visiting Galapagos National Park.

An official statement from Galapagos Consevancy read ‘The plight of Lonesome George provided a catalyst for an extraordinary effort by the government of Ecuador to restore not only tortoise populations throughout the archipelago but also to improve the status of other endangered and threatened species.’

George’s body will be embalmed so that he can be seen by future generations.

Tortoises on the Galapagos Islands were hunted to near extinction by hungry sailors in the late 1800’s. They were studied extensively by the father of evolutionary science, Charles Darwin.

Honeymoon murder suspect to be extradited to South Africa