We’re not talking 30,000 feet or even 50,000, we’re talking 120,000 feet!  Fittingly, skydiving fanatic Felix Baumgartner is doing it above ‘alien site’ Roswell, New Mexico. He’s expected to fly through the air at 690mph for approximately 40 seconds.

Closer to ground level he will have to open his parachute and then gently drift towards the desert for 10 minutes, before he reaches ground level.

This jump will be different from a regular skydive and will be far more dangerous. For a start there will be a lot less oxygen when at that altitude. He will have to carry an oxygen supply in order to be able to breathe at all.

“If something goes wrong, the only thing that might help you is God,” said Baumgartner to the BBC. 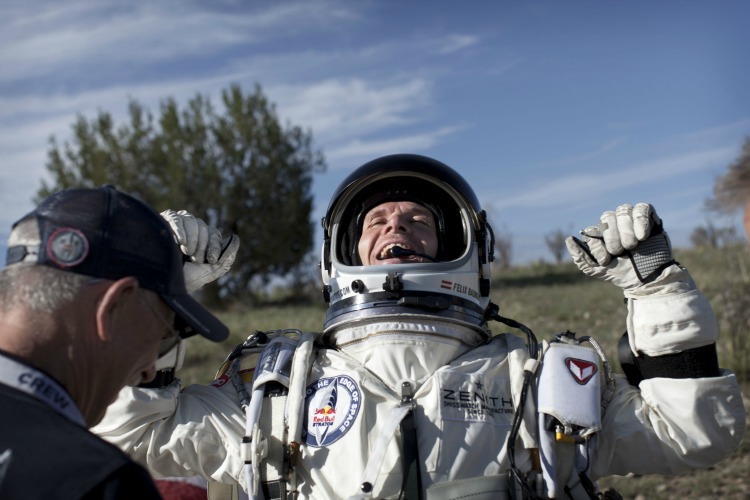 Not only will the skydiver have to use an oxygen source, he will have to wear a special suit to compensate for the pressure, the same outfit astronauts wear on launch.

Other worries are if shockwaves pass over Baumgartner’s body, these could throw him into a spin, leaving him out of control.

“It’s very important he gets into a delta position,” said Baumgartner’s trainer, Luke Aikins. “This is hands at his side and his head low, ripping through the sky. This will be crucial to breaking the speed of sound and remaining stable.”

A National Geographic and BBC documentary of the jump will be aired in November.