Egypt suffered the most fatalities due to extreme weather conditions and several people died in Alexandria, Egypt, after strong winds and heavy rain caused 28 buildings to collapse. 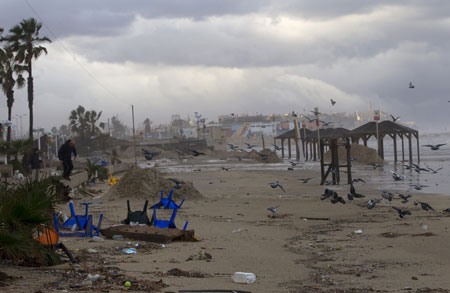 Damage on the beach in Tel Aviv, Israel.

Egypt’s capital, Cairo, was hit by sandstorms that filled the air with thick dust.

In Lebanon heavy rain, strong winds and snow have been battering the country while Syria has been blanketed by snow.

At sea, ships have been suffering from the Middle East’s extreme weather. A Royal Caribbean cruise ship suffered damage and several passengers were injured as the ship approached Alexandria in heavy swells.

Storms caused a Moldavian cargo to sink off the coast of Ashdod, Israel, but all crew members were rescued.

Forecasters say that the storms will relent today but warn that more extreme weather could be heading for the Middle East early next week. 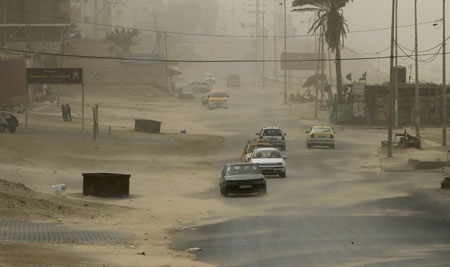