Fecamp is the home of Benedictine liquor. TNT’s Samantha Baden downed a few all in the name of discovering the historic origins of the monk’s tipple.

The year is 1510. The place is an ancient abbey in the town of Fecamp, in Normandy, France. The main player is a Venetian monk and devoted alchemist called Dom Bernado Vincelli, who has just made a difficult pilgrimage from Monte Casino in Italy.

With the stage thus set, I embark upon my detective adventure in the town of Fecamp – now a pretty fishing village in a surprisingly remote corner of France.

I’ve come here specifically to visit the town, but also, just as importantly, to find out about Vincelli and the famous breakthrough he made 500 years ago, a discovery which continues to attract thousands of visitors here each year.

Fecamp is world famous as the home of Benedictine liquor – a wildly popular herbal drink – first discovered by Vincelli, then lost during the French evolution, only to be rediscovered in 1863 by Alexandre Le Grand who found Vincelli’s recipe book mouldering away in his family library. 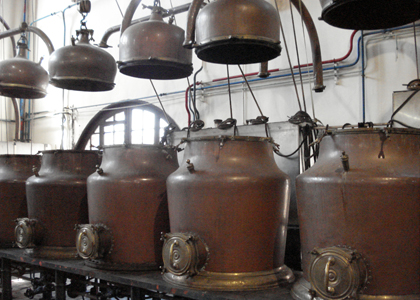 First stop in Fecamp is the grand Benedictine Abbey in the middle of the town, which was put on the pilgrimage route when a few drops of Jesus’ blood turned up there in the sixth century.

The abbey was destroyed but subsequently rebuilt by Richard The Lionheart in the 11th century. It’s well worth a look around, and many of the explanations are in English as well as French. Walk out the front door and you’ll spy the remains of a fortified chapel, which was built by the  earliest dukes of Normandy and dates from the 10th century.

Le Grand is famous both locally and globally, not just for rescuing the recipe and beginning the first commercial distillation of the liquor that’s now called Benedictine, but also for building the Palais Benedictine (main picture, left).

The grandiose building, which Le Grand built in 1900 as an homage to the liquor, costs €5 to visit and tells you everything you need to know about the Benedictine story, except the exact recipe – which remains a closely guarded secret. The building itself is an audacious blend of gothic and renaissance styles jammed full of Le Grand’s personal collection of medieval art and objects of curiosity, including a bizarre collection of iron locks and keys.

Best of all, at the end of my tour of the palace I get to sample a drop. 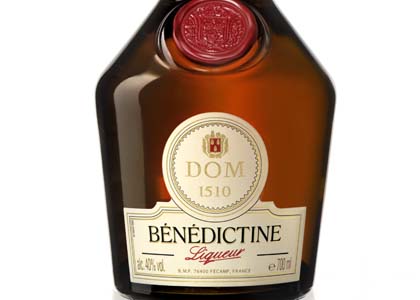 After drinking my fill of Benedictine (a strong but surprisingly mellow tipple) I head down to Fecamp’s lovely beach, passing hundreds of fishing and pleasure craft moored at the town’s very pretty marina.

Fecamp was a cod-fishing centre and one of France’s four largest fishing centres until the 1970s. There’s a museum dedicated to the days when Fecamp fishermen would head all the way to Newfoundland and bring back huge hauls of cod.

I continue down to the beach and check out the dramatic cliffs above Fecamp and look out to sea. It’s a windy day and not quite warm enough for a paddle.

I’m not sure whether it’s the buzz from the Benedictine I drank earlier, but I can almost imagine what this place looked like 500 years ago when Vincelli was experimenting with his herbs. 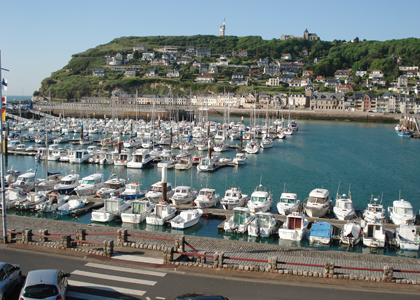 Mont St-Michel
Mont St-Michel is one of France’s most popular tourist attractions, and once you see it you’ll understand why. This tiny tidal island is home to a breathtaking Abbey, which you can pay to visit.

D-Day beaches
Pretty and poignant, the beaches were the scene of the largest amphibious operation in human history on June 6, 1944. The 80km D-Day invasion coast features the remains of German gun emplacements and bunkers, while war memorials and monuments mark where the allied forces landed.

Rouen
One of France’s most delightful medieval towns, Rouen is the capital of Upper Normandy and one of the region’s oldest. Don’t miss the Cathedral Notre Dame and the 16th century Palais de Justice.

WHEN TO GO: Any time, although Normandy is at its most beautiful when the weather is fine.
GETTING THERE: Eurostar to Paris and then a train from Paris directly to Fecamp. Ferries run from Portsmouth to Le Havre, where you can get a train to Fecamp.
GETTING AROUND: Normandy has a solid train network. However, it’s best to explore by car.
VISAS: South Africans need a schengen visa.
CURRENCY: Euro. 1 GBP = 1.20 EUR.
LANGUAGE: French.
GOING OUT: A beer costs about €2.
ACCOMMODATION: Hostels from €15, hotels from €30.
GET MORE INFO AT: normandie-tourisme.fr

» Samantha Baden travelled to Fecamp with Benedictine to mark the liquor’s 500th anniversary.

Revealing the Secrets of Seoul

The Weirdest of Oz