A black cat is recovering after hitching a 27-mile ride in the engine bay of a van.

The moggy was found by a garage mechanic in Leeds after the Citroen Dispatch was driven from Rotherham for a routine service.

It had trapped itself in the compartment of the vehicle and was discovered when the bonnet of the van was lifted by Craig Deighton at Brown & Rose. 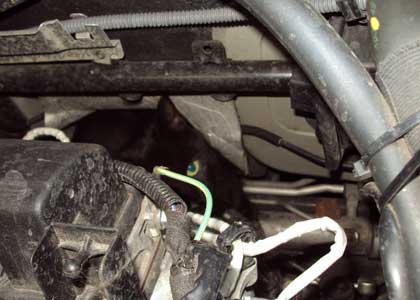 However, the scaredy cat was so wedged in, it took two hours to coax it out.

Garage
owner John Scollen said: “Craig spotted the cat between the inlet
manifold and the cylinder head. He called me to have a look and the cat
looked petrified.

“We had to take the airbox off to get close to the animal because it had got itself so hemmed in.

“The cat then buried itself in the back of the engine and it took two hours to tease it out from beneath the bonnet.”

The driver of the van was contacted, but he said he wasn’t the cat’s owner, so the moggy was handed to the animal to the Leeds branch of the Canine Defence League with a £10 donation.

Mr Scollen added: “We believe the cat probably climbed into the engine to keep warm before the driver set off from his Rotherham home. 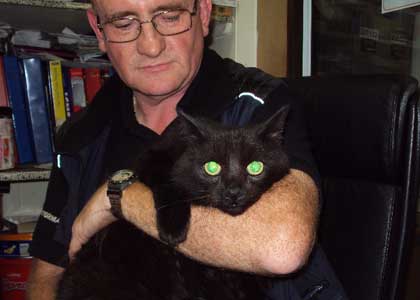 “It was a lovely black cat, very friendly and well trained although it was a little frightened by its new surroundings.

“It is the first time that we have found an animal under the bonnet of a vehicle. We have previously only found evidence of squirrels having climbed aboard and eaten away at air filters and chewing through wires.”