After an emotional final home game of the season at Old Trafford, Sir Alex Ferguson revealed he decided to quit as Manchester United manager after 27 years to devote more time to his grieving wife.

Ferguson raised the Premier League Champions trophy aloft after his team finished the job with a 2-1 victory over Swansea, needing a late  Rio Ferdinand goal to do it, before Ferguson gave a impassioned speech to his supporters from the field.

Later, he revealed he’d kept his decision to retire a secret for six months, having decided following the death of his wife’s sister, Bridget, in October last year.

“Things changed when Cathy’s sister died,” he said. “She’s isolated a lot now and I think I owe her a lot of my own time.

“For 47 years she’s been the leader of the family, looked after three sons and sacrificed for me.

“I think she’s lost her best friend, her sister Bridget, so I think I owe her time, that was important.” 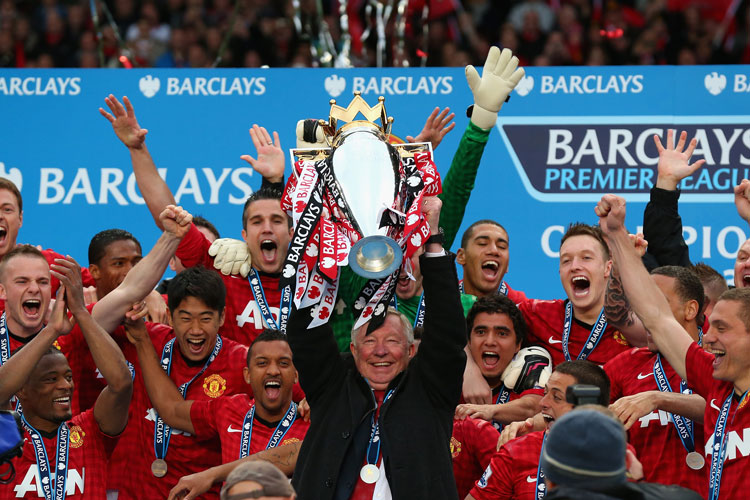 United are now 13 points clear of rivals and FA Cup runners up Manchester City, guaranteeing Ferguson’s reign ends not just on top but dominating the EPL.

“I wanted to go out a winner, that’s really important,” he said.

Ferguson said he told his sons of his retirement plans in March, and it’d been tough to keep it a secret.

“It was very difficult, there were some times when I nearly blurted it out to the family, you know, the grandchildren,” he said.

“I told my sons round about March and my brother didn’t even know until Tuesday night because I wanted to tell the players first really, the players and my staff.”

As Fergie addressed the crowded, he thanked the club and asked them to give the same support given to him to his replacement David Moyes.

“I would like to remind you this club stood by me in bad times, the players and the staff,” he said. “Your job now is to stand by the new manager.” 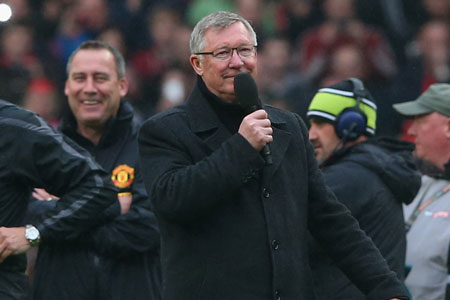 Ferguson also paid tribute to retiring stalwart Paul Scholes and said he’d remain a fixture at Old Trafford, not just as a director and ambassador but as a fan.

“I will be able to go along and watch them rather than suffer with them,” he said. “Those last-minute goals, the comebacks and even the defeats are part of this great football club. It has been an unbelievable experience.”

Carter, McCaw back for All Blacks