Festival Guide: Day of the Dead

Met by a grinning skeleton with a purple feather boa, he handed me a tumbler of smoky agave liquor mescal.

At the time, I’ll admit, it was quite a shock, but five years on, having explored much of what French poet André Breton once called “the surrealist country par excellence”, it seems to me that Mexico’s (now Unesco-listed) Day of the Dead is an ideal introduction to what this country is all about: the showmanship and the rowdy fun; the tear-jerkingly morbid sitting side-by-side with the cheerfully ordinary; but also that backdrop of tradition, which is the centuries-old spinal cord on which the Mexican lifestyle is so firmly pinned.

These gatherings of families and friends to make ofrendas (offerings) of food, drink and flowers on the graves of their loved ones are done to attract their souls to return to earth. Far from morbid, it is often a lively – even humorous – festival led by La Catrina, the chic female skeleton depicted in iconic Mexican artist Diego Riviera’s mural, ‘Dream of a Sunday Afternoon in Alameda Park’. Not only are there comparsas (carnival-style processions), folk dances and Day of the Dead altars in museums and public spaces, the markets are bright with the orange Mexican marigold used to decorate tombs, and there are street parties, funfairs and festivals countrywide.

Macabre, mad and magical, you can expect a riot of colour, loud music, dancing and fiesta during this three day holiday when shops and stores close down and Mexicans from all over the country gather in their cemeteries, not to mope over the loss of the living, but to celebrate with their dead. 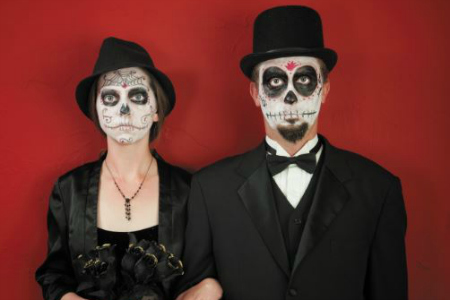 How did it all begin?

First celebrated by the Aztecs, who believed that once a year the dead returned to earth from Mictalan (their version of the underworld), Mexicans still offer food and drink like their Aztec forebears, in the hope of attracting the souls of their loved ones back to earth.

When the Spanish conquered Mexico in the 16th century, they Christianised the Aztec festival and moved the date to coincide with Catholic All Saints Day in November. Today, Mexico’s Day of the Dead, which combines Catholic symbols with Aztec traditions, begins with All Hallows’ Eve when children create special altars for the angelitos (dead children spirits), followed by All Saints’ Day, when adult spirits are invited to return. This death themed fiesta climaxes on All Souls’ Day, when families head for the cemetery to decorate the tombs of their relatives.

From Oaxaca to Cabo san Lucas, there are all kinds of Day of the Dead customs in Mexico. Oaxaca is renowned for its graveyard tours; in Guanajuato you can visit the fascinatingly gruesome Museo de las Momias (Mummy Museum); in the Mayan town of Pomuch families exhume the bones of their dead; while the candlelit flower-covered canoes of Lake Pátzcuaro are legendary. Perhaps the easiest festival to access, though, is in Mexico City itself, where you’ll find stunning altars and death themed exhibitions in public spaces such as the Diego Rivera Museum. The city’s Zocalo main square becomes the focus of six days of celebrations, ranging from re-enactments of Aztec games to live music, theatre and lucha libre wrestling matches. 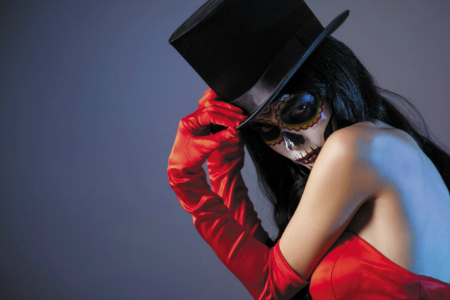 Get in the spirit:

If you really want to get into the spirit of this wacky funeral fiesta, grab yourself a skeleton costume and a sugar skull, and head out into the streets to have fun. Stop off at the plaza Garibaldi for a foaming glass of fermented agave pulque (the onetime sacred Aztec drink that looks like creamy milk and tastes like sour fruit), then buy a couple of pande muerto sugar buns decorated with pastry ‘bones’ to eat at the graveside. You can expect to dance in the cemeteries, but also in university campuses or among fellow revellers during this time of massive street parties. The most popular tunes that you’ll hear all over town are ‘Lindo y Querido’ and ‘El Rey’, so make sure you learn some of those rumba-style Mariachi dances before you go.

With 10,000km of gorgeous coastline, you’re spoilt for choice when seeking bath-warm seas and silky sands here in Mexico, but if you want to soak up some culture along with sultry sunshine, hop on a plane to Cancun where you’ll find a lively party scene and the new Wonder of the World, Chichen Itza, close by. Mexico has more Unesco-designated world heritage sites than any other country in the Americas. Head for Santiago de Tequila and follow The Tequila Route through desert-like landscape to discover hacienda distilleries, opal mines and gourmet eateries. Make a pit stop at El Vizcaino Whale Sanctuary, home to 20 rare species, including the critically endangered gray whale, and don’t miss Xochimilco, known as the Mexican Venice.

A Tale of a Festival City