48 hours in Athens: Greece is the word

In recent times, after six years of economic crisis, Athens is on the up with great new hotels, bars and restaurants springing up every month alongside some of the best historical and cultural sites in Europe.

Aim for the Syntagma metro station. With only two train lines, this is a simple metro system and it’s tricky to get lost. Syntagma Square is the centre of modern Athens, with the rather modest parliament building at its forefront. Look out for the changing of the guard – Greek style. Head for breakfast at the GB Roof Garden at the Hotel Grande Bretagne – booking advised on the weekend. Some of the best views of the Acropolis and city are to be had from here, so fuel up in style for the day ahead. If you’re on a budget or in a hurry, grab a coffee and an oversized freshly baked pretzel from one of the street stalls. Let’s start with the history while you’re still fresh and hangover-free.

Head onto Vassilissis Sofias Avenue to the Benaki Museum, a compact venue in an old neoclassical house with a superb collection covering all stages of Greek culture, from ancient to modern times. Be sure to check out the sparkling collections of ancient jewellery.

On the other side of the street are the National Gardens – a tranquil, relaxing spot with plenty of cool little coves, perfect for a stroll on a hot day. Walk to the far side of the gardens and you’ll reach the stunning 50,000 seat Panathenaic Stadium, built in ancient times to honour one of the Goddesses of Ancient Greece, Athena, the protector of the city. The stadium stood semi ruined for most of its history, but was restored in the 1800s and hosted the first modern Olympic games.

From here, you’re a 10-minute walk away from the Olympieion, the Temple of Olympian Zeus and Hadrian’s Arch – one of the Roman entrances to the city. Both are must-see relics of ancient times, offering a glimpse of what the city would have looked like long ago. Head over to Plaka, the neighbourhood at the foot of the Acropolis hill, with its winding labyrinth of ancient, narrow streets and many shops. This is a great spot for a late lunch and shopping for tourist trinkets. The food at Psaras restaurant is thoroughly delicious and excellent value, like a home-cooked meal from the Greek Auntie you never had. 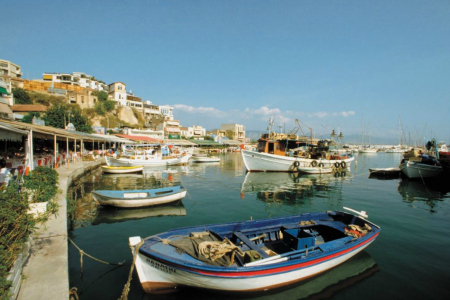 If you want to avoid the crowds, head to the Acropolis as late as possible (it closes at 6.30pm in summer). Join one of the last tours if you want to get clued up in detail on what each of the building and monuments stood for. There’s a lot more to the Acropolis than the main temple, the Parthenon – the Theatre of Dionysus and the Odeon of Herodes Atticus are equally impressive in their own way. This is a magical part of the world where myths and legends were born and continue to live. If history isn’t your thing, it’s worth the climb for the fantastic views of the city and the sea.

With a day of culture behind you, it’s time for some partying. But before going out on the town, head for dinner at the quirky and elegant Pallas Athena, a new boutique art hotel on Athinas Street that opened at the start of 2014. Get started with a bottle of Greek white wine – one of the hidden gems of the wine world, they generally have a slightly lower alcohol percentage, with softer, refreshing and extremely drinkable flavours.

The hotel’s restaurant, rooms and Liberace-style lobby are full of unique works of art, including original ceramics by Picasso, modern sculptures and a white leather sofa in the shape of a baseball mitt. Taxis are very cheap in Athens, so take one to Villa Mercedes, the cream of Athenian clubbing. This club attracts the A-List of the city’s partygoers, with regular PAs by international DJs, such as David Guetta. Don’t arrive before 1am.

Start your second morning in Athens with a strong al-fresco coffee on AgiaIrini Square. This is a vibrant area of new bars and eateries that have breathed some new funky life into the old town. Rock and Balls has an inventive menu based around meatballs, but they also serve a mean coffee. Spend some time strolling around the old town and look out for one of the many small Greek Orthodox churches, often nestled between houses and shops. 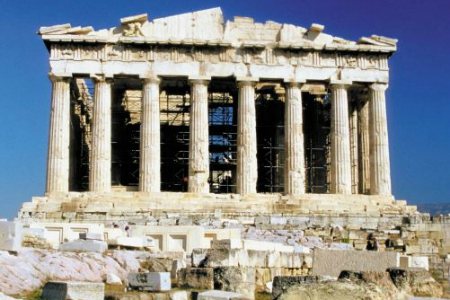 Now that you’ve got a buzz for all things Greek and Ancient, the New Acropolis Museum is a must. This is a stunning museum with impressive statues, friezes and carvings covering thousands of years. It’s also an architectural masterpiece, with glass floors and huge windows that let in loads of natural light. You’ll see the most impressive collection of articles from ancient Greece in the world, but it’s probably best not to mention the Elgan Marbles – ‘stolen’ or ‘rescued’ by a British Earl in the early 1800s. You’ll need to head to the British Museum in London to see them.

Have lunch at the cute and friendly Smile Café at the corner of Syngrou Avenue and Chatzichristou Street – the Greek-style kebabs and salads are especially good.

Adrianou Street is another excellent spot for al-fresco dining, with street performers and musicians dotted around the bustling restaurants. The energy of modern Athens lights up the remains of the Agora on the left – the perfect contrast of ancient and modern. Head down to Gazi for another slice of the action, and for a slice of dinner at Gazi College – a top choice for a pre-party meal. The American college themed eatery has a huge deli, as well as tasty burgers with a Greek twist. The huge quirky bookcases decked out with globes will make the perfect #shelfie on your Instagram feed.

Any of the bars and clubs around Gazi Square are worth a try – it largely depends on what night you’re here and what music you’re into. Walk around and see what fits with your style. Dream City has some excellent hip-hop, while gay bar/club Shamone has a classy vibe with regular performers, from a drag queen Adele to a jaw-dropping pole dancer. It’s almost certainly time todown a few shots of Ouzo… ‘Yiamas!’