Film Round Up Dec 9: Holiday Hell

This week sees a diverse array of movies arrive on the silver screen, taking in big name-starring (and billions of them) New York-set holiday drama New Year’s Eve, stoner comedy from the recently escaped Harold and Kumar, and indie-sci-fi stylings courtesy of Another Earth.

With Christmas not even here yet it is difficult to get your head around New Year’s Eve (out Dec 9, Warner Bros, 12A). It is even more difficult to get your head around the fact that seemingly every actor currently working in the film industry is in it too – Robert De Niro, Jessica Biel, Sarah Jessica Parker, Ashton Kutcher, Zac Efron, Halle Berry, Michelle Pfeiffer, and that’s just a selection. Even friggin’ Jon Bon Jovi is in this movie, and we thought he had stopped being in movies eons ago. It could have been some sort of Robert Altman-esque narrative, intertwined around the lives of many revealing hidden depths of humanity and truth in the process. However it is better described as a monstrous love-in melodrama that’s as nauseating as the similarly-themed – and disastrously received – Valentine’s Day (with whom it shares a director in Gary Marshall). Your reaction to it will depend very much on how you feel about sentimental, mawkish and self-satisfied Hollywood fare.

A different tact is taken in Another Earth (Dec 9, Twentieth Century Fox). Featuring the sort of real-life coincidence that only happens once in a blue moon, NASA announced this week the discovery of an ‘Earth 2.0 planet, Kepler 22-b, which eerily echoes the premise in Mike Cahill’s debut feature. 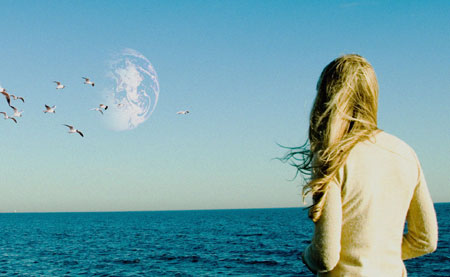 Low key and affecting, it is a story of regret, guilt and second chances as teen-drunk-driver Rhoda (impressive newcomer Brit Marling) gets to atone for her wrongdoings when an identical copy of earth, called Earth 2, moves across the galaxy into view. A replica of our planet, down to its geography, population spread and individual people, it’s not long before contact is made and planned trips to the sister-planet are put into motion.

If this sounds like a spectacular sci-fi adventure, then you’re going to be disappointed; special effects work depicts the earth hovering on the horizon like a blue-and-green-tinged moon, but other than this, little is seen of our intergalactic double. Instead the focus is ‘Earth 1’-bound, and character-driven as Rhoda begins a relationship with the grief-stricken John Burroughs (William mapother), whose son and wife she killed in her booze-fuelled car wreck. The lack of focus on the titular sister planet is frustrating, but this is still an engaging debut from a filmmaker to watch.

On the home entertainment front, there are a number of DVDs jostling for attention this week, each hoping to find their way on to someone’s Christmas list.

Scoring Britain’s biggest opening weekend for a comedy film, The Inbetweeners Movie (released Dec 12, Channnel 4 DVD, 15) is the filthiest, funniest movie of the year, hands down. It follows the boys as they go off on holiday together for a week of debauched chaos that sees Neil (Blake Harrison) finger an old lady, Jay (James Buckley) pass out in an ants nest, Simon (Joe Thomas) find true love that’s not Carli, and Will (Simon Bird) insult a girl in a wheelchair. A very fitting end to the lads’ series.

Super 8 (Dec 12, paramount Home entertainment, 12) is Lost creator JJ Abrams’ homage to Spielberg and his blockbusting 80s run of industry-defining films. Essentially E.T. – The Extra-Terrestrial retold with newer special effects and a less cuddly alien, it’s set in the late 1970s and follows a bunch of geek-ish pre-teeners in suburban USA who, when out shooting their home movie to enter into a local competition, witness a train crash that unleashes a government secret (read: home-sick alien) on their doorstep.

The interaction between the young cast is endearing and highly believable, but the reverence shown to the films that shaped Abrams’ love of cinema – and the filmmaker behind them – skirts the boundaries of homage and plagiarism a little too finely. It’s still an unabashed crowd-pleaser though, which shows refreshing restraint in telling its tale until the third act goes a little over the top. Shamelessly sentimental, it topped the US box office but those of a cynical disposition may find it a tough pill to swallow.

A blockbuster its okay to like can be found in the shape of Rise of the Planet of the Apes (out Dec 12, Twentieth Century Fox Home Entertainment, 12), this summer’s surprise package which married grand-standing effects and spectacle with a story and smarts to boot. A prequel to the Planet of the Apes franchise, this takes it back to the beginning and the simian-testing scientists looking for a cure for Alzheimer’s who inadvertently unleash a new super-breed of intelligent ape. James Franco is the well-intentioned but morally-naïve science bod who saves baby ape Caesar from the lab to keep at home, only for the lines between master and pet to blur as Caesar grows up and wants to know more about the world outside. 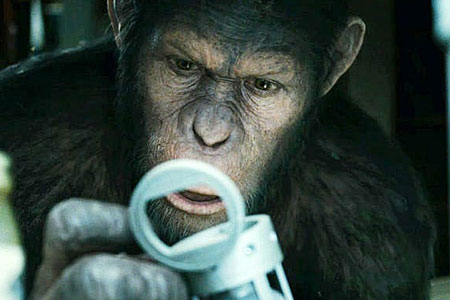 Motion-capture magic – courtesy of mo-cap king Andy Serkis – renders Caesar the most impressive digital creation the screen has yet seen. Using the technology that realised Avatar’s green-skinned cat-people in a real-world environment rather than a fully CG-fiction, Caesar is the next step in digital character effects: wholly believable, fully realised and superbly performed, Serkis deserves plaudits a-plenty for his performance. For the most part a character study of Caesar’s desire to break free from his mankind-dictated shackles, Rise of the Planet of the Apes nods and winks to the original, offers an intelligent opinion on animal testing, and delivers the emotional payoffs (Caesar’s journey is heartbreaking) and action beats needed to excel in the tightly-fought blockbuster market. Unsurprisingly, the prequel-sequel is already on the cards. 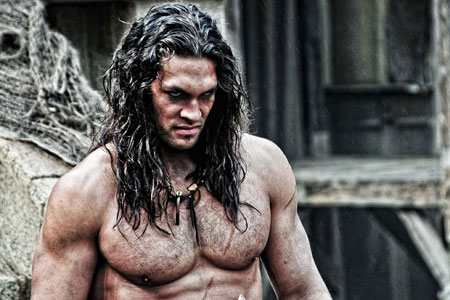 A less successful return to former glories can be found though in Conan the Barbarian (Dec 12, Lionsgate Home Entertainment, 15), the Jason Momoa-starring remake of the Eighties Arnie fave. Crudely conceived, poorly executed by director Marcus Nispel (Friday the 12th remake also), it brings the blood-covered swords and sandals, but forgets everything else – story, characterisation, the whole kit and kaboodle. “One of the worst mass-market popcorn movies of the last 20 years,” was TNT assessment upon its August theatrical release, and it hasn’t changed one bit.

Next week: Robert Downey Jr and Jude Law’s return in Sherlock Holmes – A Game of Shadows, and a Brit-flick double header with Wreckers and Dreams of a Life.