Perhaps forgetting that Instagram was publicly visible, Matthew Best AKA Neno Best, published snaps of his cash rolls and firearms merchandise, which led to the biggest guns bust in NYPD’s history.

The bungling criminal had boasted on Instagram about his cash profits and that he was making a successful wage illegally selling guns from a recording studio in Brooklyn’s Ocean Hill, The Verge reported  – so the police didn’t have too much trouble finding Neno, which then led to the huge gun cache discovery. 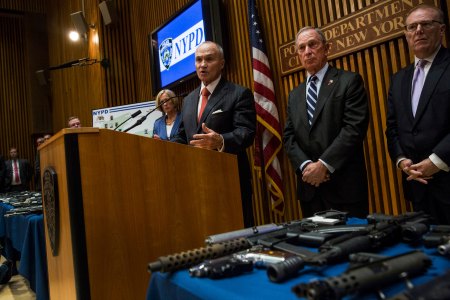 “Thank God these guns are off the streets,” said New York’s Mayor Bloomberg, according to the New York Post.

“There is no doubt that the seizure of these guns has saved lives.”