With the advent of super highways and ‘Boris bikes’, there’s never been a better time to be a cyclist in London. Which is good news not just for commuters, or those using pedal power to get fit, but for anyone looking to discover the capital on two wheels.

From scenic river towpaths to historical city streets, there are a limitless number of routes to explore. We speak to some cycling experts who give us the lowdown on their favourite routes, so saddle up and prepare to hit the tarmac. 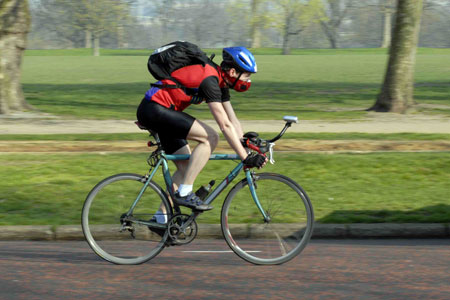 ”Whenever someone visits me I take them on the ‘Tour de Hyde Park’, which is basically a loop around Hyde Park using one of the hire bikes,” says Andreas Kambanis, founder of londoncyclist.co.uk.

“I start somewhere where there aren’t too many tourists, like the Notting Hill corner of the park.

“For something more involved I really enjoy taking a ride from the north side of Tower Bridge and follow the Thames, most of it has cycle paths, and you can follow the river along right up to Canary Wharf.

“You can keep going past Canary Wharf via the Greenwich foot tunnel – I always come out at Greenwich which has a really gorgeous park.

“It’s just a really beautiful route and quiet – mostly away from heavy traffic so it’s a nice easy route. It’s probably about 15 miles.”

Matt Goodes, owner of dialAbike (Victoria, SW1P 2HR) says ”I love my route to work from Epsom to Victoria. It’s not completely empty of traffic, but it’s a pleasure.

“I start at Worcester Park, go through Raynes Park and up to Wimbledon Common – which is lovely in the summer. Then I head down through Putney Common, over Putney Bridge, down the King’s Road and finish up ?along the embankment by the river. ?All up it’s about 15 miles.” 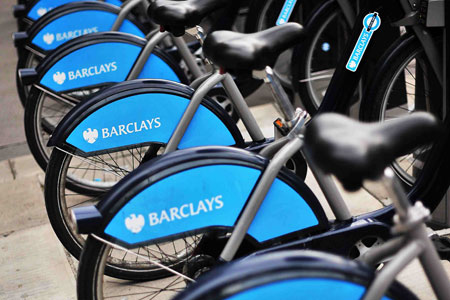 Ian McPherson, head tour guide at Spoke ‘n Motion (guidedbiketourlondon.com) runs The Deserted City Bike tour through the City of London and recommends this historical route on the weekend.

“I wouldn’t advocate taking people who are not competent, confident cyclists around the City of London during the week because it’s chaotic, but on a Sunday it’s really surreal, a bit like the movie 28 Days Later because all the bankers and stockbrokers have gone and the streets are deserted.

“The area’s full of contrast because It’s the financial district but it’s also the oldest part of London so you have these medieval churches like St Andrew Undershaft right near Norman Foster’s Gherkin.

“We cover about nine miles and you can keep an easy pace because there’s no traffic,” he says.

“I love showing people all the historical sites such as the Parish Church of St Mary-le-Bow, St Paul’s Cathedral, Smithfields – the old execution district where Queen Mary Tudor used to burn the Protestant heretics – and Postman’s Park, which is an oasis.”