Ten flood warnings and 47 alerts have been issued as two storms have wreaked a path of chaos across the country, one heading through the midlands and one northwards towards Newcastle and Scotland. Power lines have been severed, and transport disrupted, with both main rail lines between England and Scotland closed due to landslides.

The annual free Godiva festival in Coventry, at which Echo and the Bunnymen were due to headline and to which 100,000 music fans were expected, has been cancelled with the city’s War Memrorial Park becoming an unmanageable swamp. “We’re really sorry but finally beaten by devastating weather,” a message says on the event’s website. 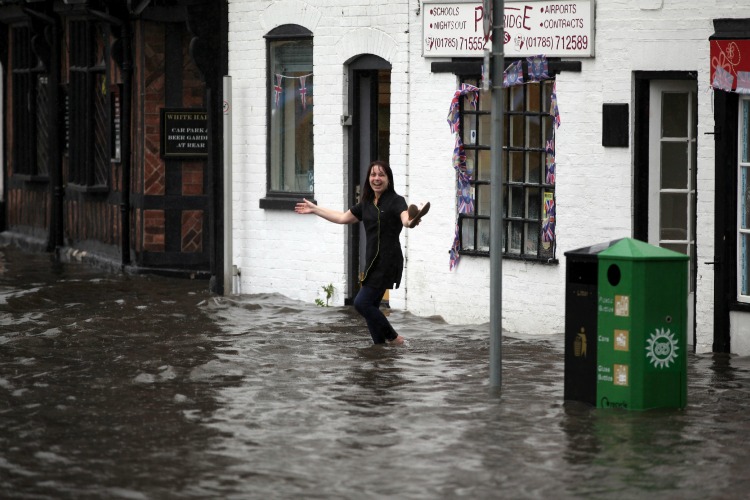 The Staffordshire Village of Penkridge

The Olympic torch relay, which comes to Coventry this weekend, will not be affected, but lightning warnings have already delayed two torch bearers stints in the relay.

Elsewhere, a 60-year old man has drowned in Shropshire in flood waters.

This comes less than a week after heavy rain brought chaos to the Isle of Wight festival with hundred being stranded on ferries in the Solent, and thousands left gridlocked in traffic as the festival site  – and organisers – struggled to cope.

Running of the Bulls, Pamplona